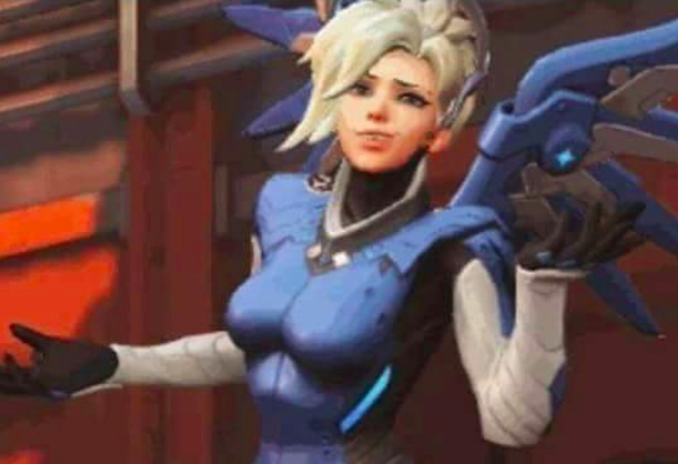 Heads up support players who cannot aim (we kid! we kid!) – Our favorite guardian angel, Mercy is getting a YUUUUGE nerf. These changes relates to her Valkyrie ultimate, where she’s receiving downgrades everywhere from its total duration (15 seconds from original 20), speed boost reduction (decreased by 50%), and the omissions of bonus Resurrect and it being instantaneous.

According toÂ principal designer, Geoff Goodman when discussing a new patch that just went live on the PTR, the move was done to better balance the game. Via his post on the Blizzard Overwatch forums, Goodman said:

“Mercyâ€™s recent Resurrect changes have helped in allowing enemies to have more counter play in dealing with her, but she was able to use Resurrect through Valkyrie enough to largely mitigate the impact of the previous changes. Additionally, weâ€™re toning back the amount of mobility Valkyrie provides through Guardian Angel and reducing its duration to overall reduce the power of this ability.”

Mercy isn’t the only one receiving a nerf. Junkrat’s concussion mine is now less effective as the dev team reduced the damage dealtÂ to targets farther away from the explosionâ€™s center. Definitely a welcomed move as we’ve had enough of being offed by mines that’s clearly thrown a few feet away from us. Each mine deals 120 damage – that’s equivalent to a Pharah direct rocket hit or a Genji Dragon Blade! Madness. Commenting on this change, Goodman said:

“Junkrat has been enjoying the flexibility his double-charge Concussion Mine provides, but it has now become a bit too easy to throw out huge bursts damage in a large area. With this change he can still dish out similar damage but he must now be more accurate with his tosses.”

Goodman ended the post stating “We will likely be iterating on these changes in the coming weeks”Â so these tweaks are not final – as all PTR changes usually are. However, it would be interesting to see how these changes shift the meta as well as hero picks, moreover with the relatively high pick rate of the latest character who also happens to be a support hero, Moira.

Personally we feel that Mercy is in a good place at the moment, but if it was up to us to tweak her kit, it would be to return her multiple res ultimate, but removing its ability to simultaneously revive everyone at the same time. E.g limiting it to singular, unlimited revives within a specific window while on Valkyrie mode.

What do you think? Have a better idea to make Mercy more viable? Comments section is right down below.