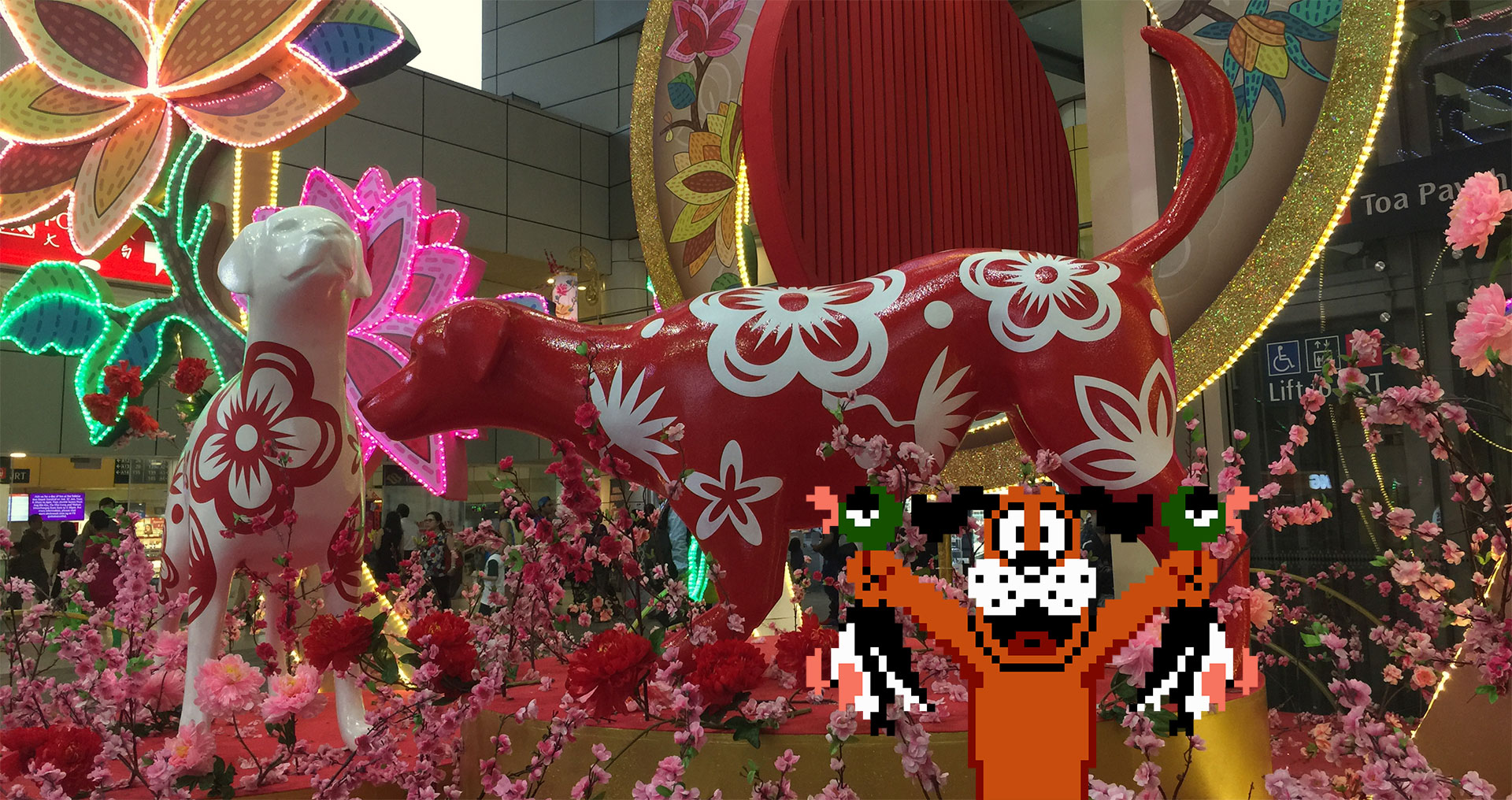 Dogs: man’s best friend in the real world. Fluffy, loyal, and/or able to fetch frisbees and other things for you if they weren’t distracted by pointer lights. Humps anything on sight if you don’t keep them in check.

In the digital realm of video games, dogs are useful. They can fetch items for you, become assists when you’re fighting, or turn into power armour thanks to your robot dad. Other times, they become stars of the show or even steal the spotlight from their masters.

In honour of our four-legged pals, we celebrate The Year of the Dog by talking about our favourite canines in video games.

We start off this list with a not-so-well-known-but-still-adorable Pomeranian named Missile. This little fella dies early in the puzzle game, but he ends up aiding our ghostly detective through many puzzles and challenges in keeping people in the physical world alive.

Your dog in Fable II is the most-touted feature in Peter Molyneuxâ€™s Xbox 360 masterpiece. Or at least thatâ€™s how he sold it back in the day. Despite the overblown hype, your dog is still pretty awesome; he helps dig treasure for you, fight off bad guys, and also lead you to your objective. Best of all, your dog is crucial in determining your characterâ€™s ending.

Rush (from the Mega Man series)

He’s a spring coil. He’s a submarine. He’s a portable jet. He’s a hoverboard. He’s also power armour. There’s nothing Rush cannot do to help Mega Man as long as his creator Dr Light is around to figure out how to modify the good robot dog.

I’m surprised he didn’t come with a portable toaster in case Mega Man needed to get breakfast on the go while on his way to dismantle Toad Man and Snake Man the umpteenth time around.

Poppy (from the Samurai Shodown series)

Galford’s four-legged buddy is a living weapon, ready for his master’s beck and call. He can launch himself as a pinball (think Blanka’s roll) and even pin an opponent so that he/she is prone to your follow-up attacks. Poppy is one of the pioneers in video game history where a dog is as effective as his/her master.

Shadow (from Dead To Rights)

The ultimate K-9 unit in any police force in a video game, this half-malamute half-wolf dog can assist his master Jack Slater in incapacitating crooks.

He can also play ninja and pick off terrorists one-by-one with the power of dog reflexes and wolf-like savagery. This dog goes straight for the jugular; he sure won’t be needing any Royal Canin to satisfy his bloodlust.

Joe Musashi’s attack dog pal in Shadow Dancer is a huge bundle of awesome since he’s fast at incapacitating opponents so that his master can score a kill. And he’s also a pile of cute if he gets hurt. Any canine that gets his or her own stylized charge meter gets our vote for top dog in video gamedom.

Dogmeat (from the Fallout series)

From decent party companion to immortal portable suitcase-slash-attack dog, the many Dogmeats of the post-apocalyptic world have always been consistent party members since the first Fallout game on PC. Throughout each sequel, Dogmeat becomes a sentient killing machine and effective treasure finder too.

Shikuru (from the Samurai Shodown series)

When they had Nakoruru’s alternate fighting form use a wolf instead of an eagle, SNK even impressed themselves. So much so that they made an all-new character in the form of Rera and her furry four-legged companion Shikuru.

Rera is basically a top tier character as long as she’s on her wolf companion. Unlike the other fighters on the Samurai Shodown roster, she fights with the ferocity of a savage beast.

FarCry 5 isnâ€™t even out yet, and we already have a nomination for best dog in video games for 2018. Boomer will maul enemies, stealth kill pursuers, and even fetch weapons for you. And if you donâ€™t like his current fur colour, you can customize it so that he looks like the killer rabid Golden Retriever youâ€™ve always wanted.

Negative reinforcement at its finest. Miss your shots in this basic Light Gun game and he laughs at you. Shoot well, and he’ll catch the dead ducks for you. At least you can shoot him in the Arcade version. It’s not like he’s real or anything, right?

Granted, she’s not really a dog or a wolf and more like an actual goddess, but she starts out as one in the Kamiki Village.Throughout the course of the game, she befriends a tiny bug painter called Issun, fights off demons and aspects of darkness, and flourishes the land with nature. Grass roots sprout on whatever patch of land she walks on: clearly she’s driven to see through her godly mission.

Aside: the game’s out on PC now; you have no excuse not to play the best action adventure game in recent years that’s better than any Zelda title save for LoZ: Breath of the Wild.

The Pomeranian (from Tokyo Jungle)

We cap off this list with perhaps the most hardcore survivalists in this oddity of a PS3 game: Tokyo Jungle. When you start the game, you control a Pomeranian who has to survive by killing mice and fat cats, while also continue its lineage by procreating with other Pomeranians. Why the hell are these toy dogs the unsung heroes of video games?

Did we miss out a dog or two? I probably did; call me out on Kakuchopurei’s Facebook page.

The Batman The Bat And The Cat Trailer Breakdown

[…] Your move, Nintendo and Sony. If you want more dog-centric features on this festive few weeks, Kakuchopurei has one full of these four-legged loyal companions. […]