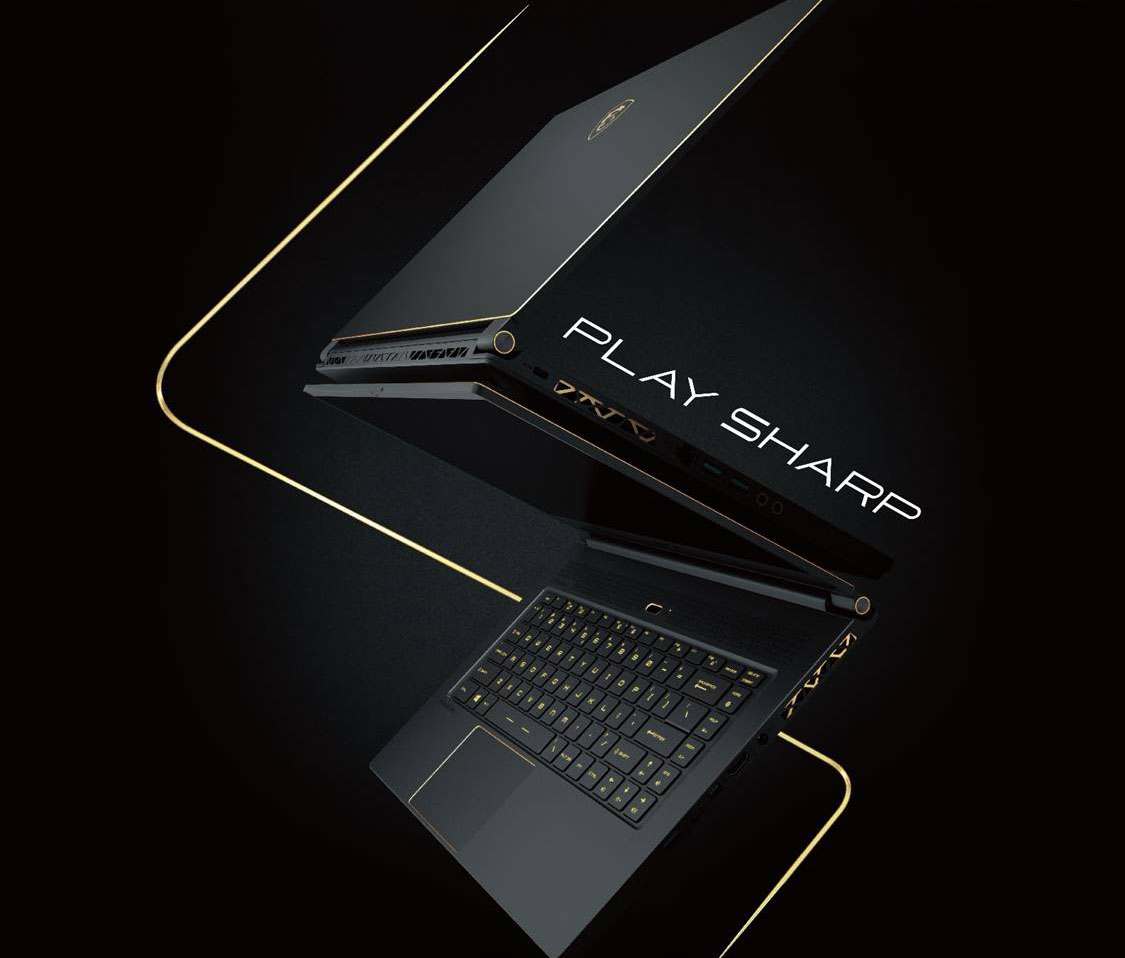 Power usually comes at a price. The kind of price that takes your wallet, empties it, flogs it like a dead horse, and then lights it on fire for good measure.Â The Taiwanese gaming computer-making company MSI Gaming are at it again with their sleek-looking-if-pricey computers and laptops.

These new laptops will be powered up by Intel’s 8th Generation Processor; the one called Coffee Lake.

The GS65 Stealth, which is a thin gaming laptop and considered the world’s first 144HZ bezel gaming laptop. The GS65 also boasts 8+ hours worth of battery life and a sweet display.

The GE Raider, RGB Edition, because people below the age of 25 still love their blinking LED lights on their keyboards. Apart from looking like a 70s Chinese disco parlour in portable form, this laptop also has DDR4-2400 memory support, and pretty good booming speakers.

Based on the specs and setup, I’m sure this will be the more reasonable gaming laptop to buy. If you think SG$3,399 is reasonable.

The GT75 Titan with a special i9 Hexacore Processor. Last we checked, the previous version of the GT75 was about SG$6,000+. Let that price sink in. However, you’re getting everything, including the proverbial kitchen sink. We’re talking 17″ clear screen, a GeForce GTX 1080 with 8GB GDDR5X, and a ton more.

The full press release and spec sheets are below:

â€œThese new models are like nothing the gaming laptop market has seen before,â€ said Eric Kuo, MSI Vice President of Global Sales & Marketing. â€œWeâ€™re breaking gaming laptop conventions with the Stealth Thinâ€™s beautiful new design, the unmatched performance of the GT75 with an i9 processor and the Raiderâ€™s unique RGB lighting.â€

The GS65 Stealth Thin is the first gaming laptop to feature a 144Hz 7ms IPS display with 4.9mm bezels â€“ achieving a stunning 82 percent screen-to-body ratio. While the bezels are extremely thin, MSI did not compromise on the placement of the webcam. MSI left just enough room in the top bezel for the webcam, as opposed to being awkwardly placed within the bottom bezel. With its thin dimensions and golden styling, the MSI GS65 Stealth Thin brings gaming laptops into a new stylish era.

To power the 144Hz panel, the Stealth Thin is equipped with up to a GTX 1070 with NVIDIA Max-Q technology and the latest 8th generation Intel Core i7 processor, which gains up to a 40 percent performance enhancement over the previous generation. With its new processor, GeForce GTX 10 series graphics and MSI Cooler Boost Trinity cooling design, the GS65 offers an uncompromised gaming performance for all gaming enthusiasts.

When designing the Stealth Thin, MSI sought to break all the stereotypes traditionally seen in gaming laptops. MSI chose a bold new golden accent and trim to make the smallest details of the laptop glint. Weighing just 1.8kg, the Stealth Thin packs 8+ hours of battery life into an incredibly slim chassis, providing real portability not traditionally found in powerful gaming laptops. Its 82Whr battery is one of the largest batteries available in a laptop this size.

The Stealth Thin also features a new per-key RGB keyboard designed by SteelSeries. Users can customize each key and receive real-time game status through keyboard lighting. MSI is also rolling out a massive update for Dragon Center 2.0 that comes with an exclusive gaming mode. The redesign brings a sleek new UI that is intuitive while still offering advanced configurations for power users. The gaming mode now optimizes system performance and game-specific keyboard lighting for a list of supported new titles.

First announced at CES to high praise, the GE63/73 Raider RGB Edition is inspired by sports cars and the PC Master Raceâ€™s love for RGB. It was perfectly crafted for ultra-illumination with RGB lighting on the top cover, keyboard and USB ports. The top cover features 24 separate zones of RGB lighting with more than 16.8 million colours available.

The GE Raider RGB Edition is configurable with up to the latest 8th generation Intel Core i7 processor and NVIDIA GeForce GTX 1070 graphics. Additionally, the Raider can be equipped with up to a 120Hz 3ms. This high performance is cooled by MSI Cooler Boost 5, a cooling design with dual fans and seven copper heats pipes offering the most stable experience on a laptop.

With Nahimic 3, Killer networking, Bluetooth 5.0, and much more, the GE Raider comes with many exclusive features and the latest technology under the hood. Both gamers and power users alike can take advantage of the well-refined powerful laptop to enjoy huge boost in gaming experience and productivity. The GE63/73 Raider RGB undoubtedly stands out from the crowd and is surely a choice thatâ€™s too shiny to ignore.

GT75 Titan with i9 Hexacore Processor

With the introduction of the latest 8th Generation Intel processors, the GT series is taking one step further by featuring the worldâ€™s first Core i9 overclocked processors in a gaming laptop. Together with NVIDIA graphics and mechanical keyboards, the new GT series pushes performance beyond its limits and offers uncompromising desktop gaming experiences for casual and pro gamers alike.

The GT75 Titan is the first gaming laptop to ever feature Intel Core i9 processors with fully unlocked hexa-core performance. Combined with MSIâ€™s Cooler Boost Titan cooling design, the six-core 12-thread configuration results in up to a 70 percent performance leap over the previous Core i7. The extra cores are especially beneficial for gamers who stream their gameplay, or for advanced multitasking workloads.

In addition to the updates to the GT75 Titan and the GT83 Titan are also getting updated with the latest 8th generation processors.

The GT83 Titan is designed to pack a full desktop gaming experience in a mobile form factor and is the first laptop to integrate a full Cherry MX Speed Silver switch keyboard. The new 8th generation Intel processor comes with six cores and boosts the performance by up to 40 percent. Along with the GeForce GTX 1080 SLI graphics and exceptional cooling, the new GT83 is not only more powerful than ever, but the best desktop replacement to date.

In addition to all the exciting new products listed above, laptops across MSIâ€™s lines are getting updated with the newest 8th generation processors including the GP series.

GT75VR Titan and GE73 Raider RGB Edition are available for pre-order on Challenger, Gamepro and Harvey Norman on April 6th.

Overwatch 2 Will Be Featured In Overwatch League's 2022 Season