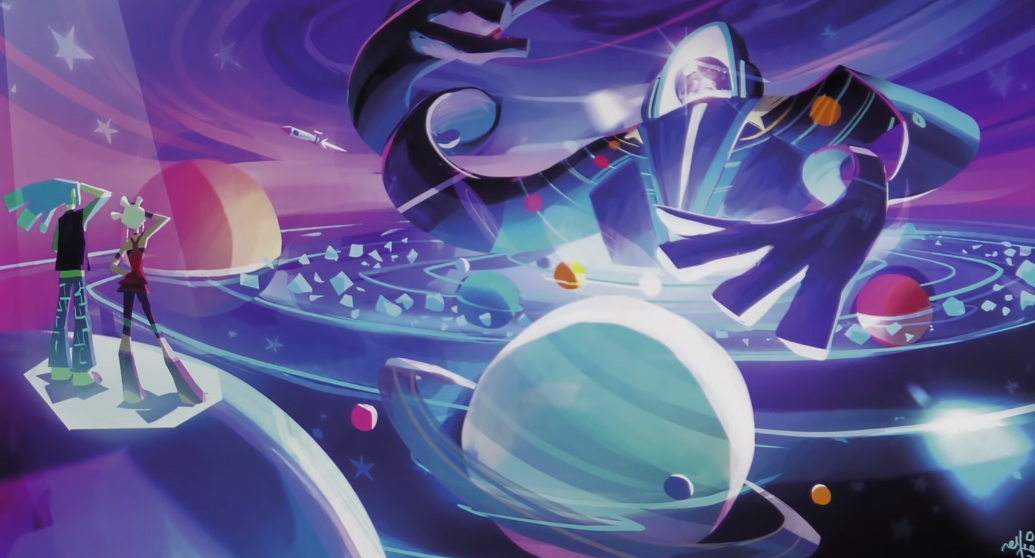 Wan Hazmer, a Malaysian game designer renowned for working on Final Fantasy XV at Square Enix, formed a game company called Metronomik following his departure from the FF-making house in 2017.

So what has the new Malaysian studio been working on since then?Â A pretty nifty indie game called No Straight Road, which was revealed during Tokyo Game Show 2018 at the 4Gamer.net indie section. You play a group of musicians who can beat up enemies with the power of music, as well as collect musical notes and use them as homing projectiles.

Enemy projectiles in the game are shot out in tandem with the stage’s background music; this is important to note because your guitarist can parry projectiles back as long as you hit them to the beat of the OST.

Check out the tutorial and action/boss fight showcase below where musicians Mayday and Zeke square off against a pianist and some giant shadowy demon thing. You’ll have to collect notes, parry incoming projectiles, and use your music to turn props to your side to defeat the boss.

An already this game is off to a promising start since it’s like a mash-up of Nier Automata’s shoot-em-up bits mixed in with your classic rhythm game nuances from your Guitar Heroes and Rock Bands.

There’s no release date as of yet, but the game will be out for PC.

by Metronomik’s No Straight Roads Was Close To Being A Turn-Based RPG: Wan Hazmer – KAKUCHOPUREI.COM in March 15, 2019
Reply

[…] should be proud knowing that one of its gaming studios Metronomik may have an international music-savvy action gaming hit in its hand: No Straight Roads. But did you know that it was close to being a turn-based RPG with […]

[…] CEO Wan Hazmer is currently developing No Straight Roads, but before that, he was the Lead Game Designer for Square Enix’s Final Fantasy XV. […]