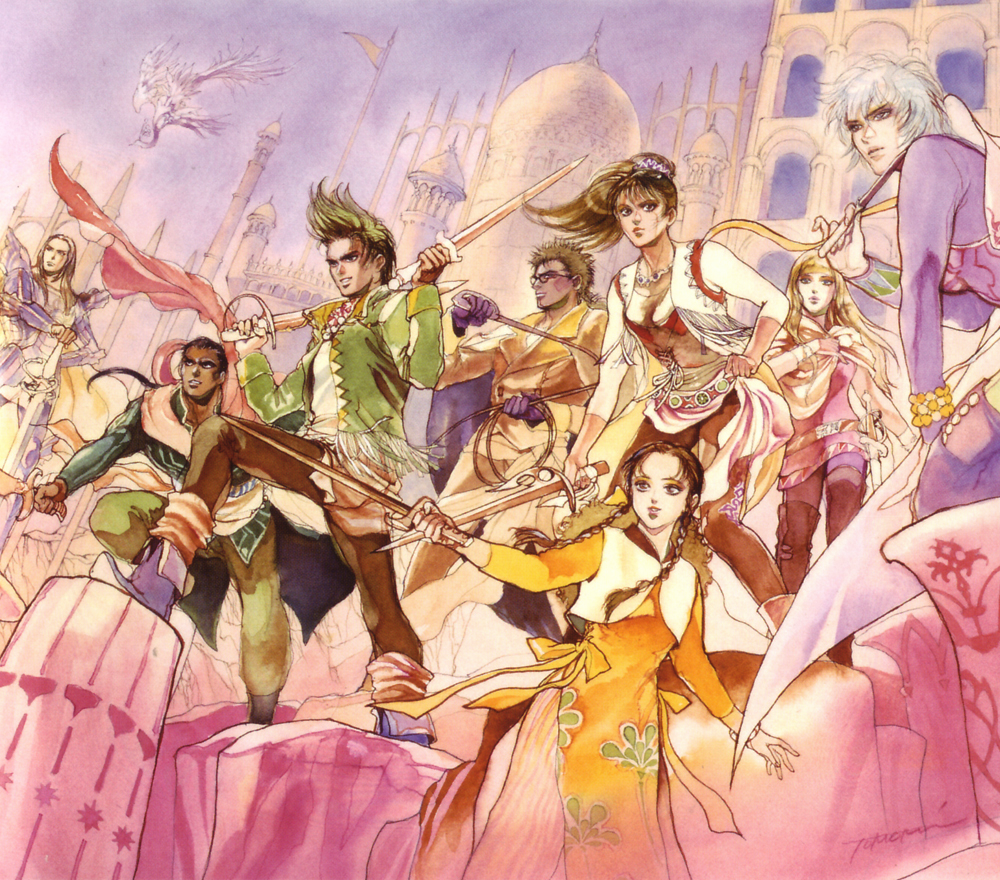 And the remasters/remakes/current-gen ports keep on comin’.

That’s a lotta platforms for a niche JRPG series and I for one am glad. The third game in the Romancing SaGa series is arguably the most jam-packed one of the lot featuring 8 main characters with converging story arcs, a catastrophe called the Death Eclipse that tie it all together, a bunch of sidequests with optional characters to recruit, and a rough-if-innovative-for-its-time leveling up and combat system.

Oh, and there’s an announcement for a mobile SaGa game called Romancing SaGa- Re: Universe. The game features sprites from past SaGa games, a nice turn-based combat system, and a ton of SaGa characters you will probably pay real money to gacha for. Fun, if you like getting charged ludicrous amounts for your JRPGs with possibly brain-dead combat.

If you want a taste of what the Romancing SaGa games are like, you can check out Romancing SaGa 2 which is available in HD remastered form right now on PC, PS4, Xbox One, and other portable devices.

PlayStation 5: All The Hot Tech Details From The GPUs To SSDs