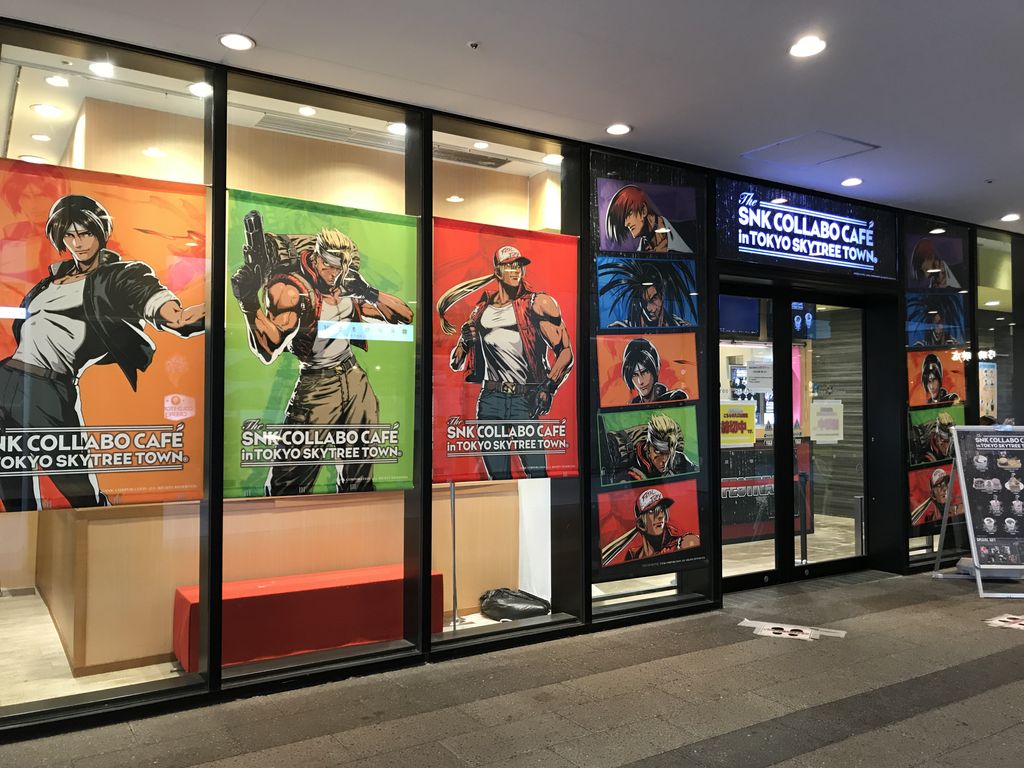 As Kakuchopurei’s official SNK nut, it is imperative that I share these couple of tidbits to you retro/arcade fans out there. There are currently four official SNK shops in Tokyo that is chock-filled with themed food, drinks, and merchandise.

The first shop is called NeoGeo Land and it’s located at the Akihabara Container in, well, Akihabara. It’ll open until the 3rd of March. It’s close to the station around the east side.

There are also three SNK Limited Stores; one at Ikebukuro and another at the Tokyo Sky Tree Tower. The last one is in Tokyo Ginza. All three stores will open until 31st January, 1st February, and 17th March respectively.

Check out these shots of the food, drinks, and merchandise available. If you ask me, pick Neo Geo Land in Akihabara first since it looks mighty impressive.