The Captain Marvel Movie Is Full Of Plot Holes & Continuity Issues; Here They Are

Ignore the blind praise and criticism aimed at the latest MCU movie, and you’ll end up with a fun superhero movie that does its job.

Now before you go all Super Saiyan on me for ‘hating’ it, hear me out. I enjoyed the movie but definitely won’t be rushing to purchase it once it hits digital. If you want to know what Kakuchopurei.com thinks of it, head on here for our official review of Captain Marvel.

When we walked out of the press screening of Captain Marvel the other day, we were riddled with more questions than answers as it served more plot holes than actually solving them. Instead of connecting the dots, Captain Marvel, which was supposed to be the movie that gives more insight to the MCU left an even bigger hole which adds more confusion into an already convoluted timeline.Â  Which ones you ask?

Allow us to warn you beforehand that this article is riddled with spoilers to the recently released movie starringÂ  Ì¶EÌ¶nÌ¶vÌ¶yÌ¶ Ì¶AÌ¶dÌ¶aÌ¶mÌ¶sÌ¶ Brie Larsson. YUUUUUUUUUUUGE spoilers I tell you. Tons of them.Â

You have been warned. Let’s take flight!Â

What happened to “compartmentalizing”?

Based on this, it appeared like humanity is fully aware of this and all’s dandy. Makes you wonder what they were doing prior to Danvers’ arrival, though. Searching for the Tesseract?

Anyways, rewinding (or perhaps forwarding) to Iron Man where Agent Phil Coulson introduced that division for the first time in the MCU as the Strategic Homeland Intervention, Enforcement and Logistics Division, seeing how Pepper, or even Tony not being aware of this covert branch – which his father had a major hand in forming – was a *cough* stark contrast to Fury brandishing his badge on the streets of LA.

So what was S.H.I.E.L.D. doing before 1995 and why has everyone suddenly forgotten about them between then and Iron Man which is set roughly fifteen years later, around 2010?

So now we’ve finally found out how Nick Fury lost his eye, how he fabricated a story to Coulson to make it sound more badass as well as where he got them scars. However, despite it all, it still doesn’t jive with the tone of which he used when explaining to Steve Rogers here in Captain America: The Winter Soldier.

It sounded like he was spiteful of it. Angered even. I thought you liked Goose, Nick?!

Speaking of The Winter Soldier, surely you’d remember Alexander Pierce recalling his history with Nick Fury and specifically, Bogota. There, Pierce mentioned how Nick Fury, who wasÂ Deputy Chief for the S.H.I.E.L.D. station in Bogota, took extreme measures to counter rebels who have taken hostagesÂ and did not intend to negotiate.

The success of the operation led to Nick Fury being promoted to Director of S.H.I.E.L.D, framed for eternity as shown in this scene where Pierce was talking to Rogers. Look. At. Those. Eyes.

Or is that a Skrull, or a Life Model Decoy?

Captain Marvel Learning How to Fly

One of the most sacred superpowers in all of comicdom is flight. Superman’s invincibility would have seen pretty lame if he didn’t have the power to streak past the horizon at his will. Thor, while technically unable to fly, utilizes Mjolnir’s momentum or if you want to use the most updated version in the MCU, Stormbreaker and his God of Thunder abilities to remain airborne – all which adds to his mystique.

Easily put, flying is an ability which should never be taken lightly.

It has to be iconic. It has to be memorable. It has to be special. Just look at these two scenes depicting Superman and Iron Man flying for the first time on screen. Liked the movie or not, you got to agree that seeing Clark finally learning how to fly is spine tingling. His reaction to it makes the Kryptonian appear more human than Carol Danvers.

[youtube https://www.youtube.com/watch?v=DritM-Gn7jo&w=560&h=315]
Now let’s have a look at Tony Stark’s first flight in the Iron Man suit. If you rewind the movie to several minutes earlier, you’ll see Tony testing his tech, perfecting it to enable him to properly fly.
It’s basic human intention to take it to the skies. It doesn’t matter if you’re a farm boy from Kansas or a billionaire playboy who just built a billion-dollar suit. There has to be a build-up to this ability. It has to be a payoff for the superhero after going through so many trials and tribulations which led to this moment.
[youtube https://www.youtube.com/watch?v=b6SrXJ2GQJc&w=560&h=315]

For Captain Marvel? It just sort of happened.

In one scene, we saw was Carol falling out of the sky, and BAM! She goes Binary and suddenly acquired the power of flight? There was no back story nor build up to it, apart from her being a (test) fighter pilot in the past. Surely the filmmakers could have eked several minutes or so to explain what she’s going through and how that power of flight came to be.Â They didn’t and it left a huge gaping hole that put a dampener onto the final third of the movie.

The movie was filled with wasted and inconsequential scenes which could have been used to explain her powers better. 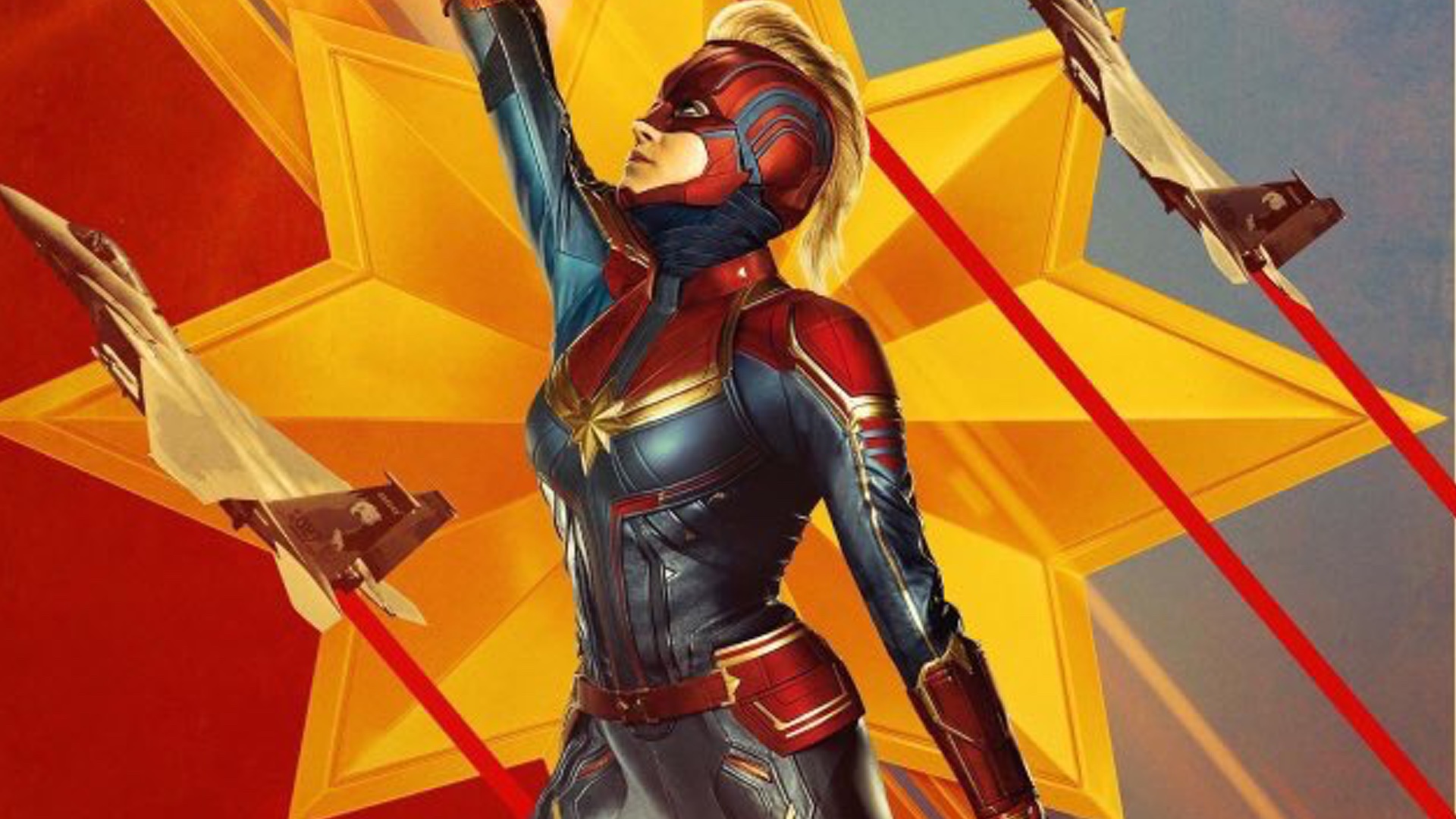 That’s all we have in terms of plot holes and continuity issues we spotted in Captain Marvel. Did we miss anything? Do share in the comments section below!

Feature
Five Games that Could Use the Battle Royale Treatment

Everyone's hopping into the battle royale scene nowadays with the most recent one being Boss Key's poor imitation of Fortnite - Radical Heights. While...

News
Here's How Much Every LEGO Mario Set Will Cost You

Reviews
Is The Mandalorian A Triumphant Star Wars TV Series?

The Star Wars franchise debuted in 1977, but is only now receiving its very first live-action TV series in the form of The Mandalorian, after a whoppi...