We’ve been asking the same question since last year: When is Malaysia stepping up their game for the upcoming esports medal games in the 2019 SEA Games in the Philippines? We now have the answer to that, as the official channel for recruitment and registration has recently opened.

The ‘Malaysian Esports Selection 2019‘ website is specifically for those who want to register with dreams of representing Malaysia in esports at the 2019 SEA Games. Participants can register for any of the five games that will be contested, including Dota 2, Starcraft 2, Mobile Legends: Bang Bang, Arena of Valor, and Tekken 7.

There will be a total of 16 state qualifiers for each game, which includes all 14 states in Malaysia, with the remaining 2 being federal territories: Kuala Lumpur and Labuan. Participants don’t need to be from a particular state to take part in the qualifiers in that state, hence teams can consist of players from various states.

It is stated in the FAQ section that registrations will be closed two (2) days before the qualifiers take place. However, the schedule and tournament dates have not been finalized so we still don’t know when those will be held.

Keep in mind that participants can actually register for multiple qualifiers for different games. However, if they have qualified for the group stage, they will automatically be disqualified from the other qualifiers.

What are you waiting for? Grab this opportunity for a shot of representing Malaysia in esports at the 2019 SEA Games. Head on over to the official website here to register now.

In other related news, Singapore has also been making strides at building their own esports delegation for the upcoming 2019 SEA Games. Singtel recently announced that they will be providing sponsorship for the Singaporean SEA Games 2019 esports team, in partnership with the Singapore Esports Association (SGEA). Read the full story here.

If you want to take part, here’s the schedule. Hope you’re free this April: 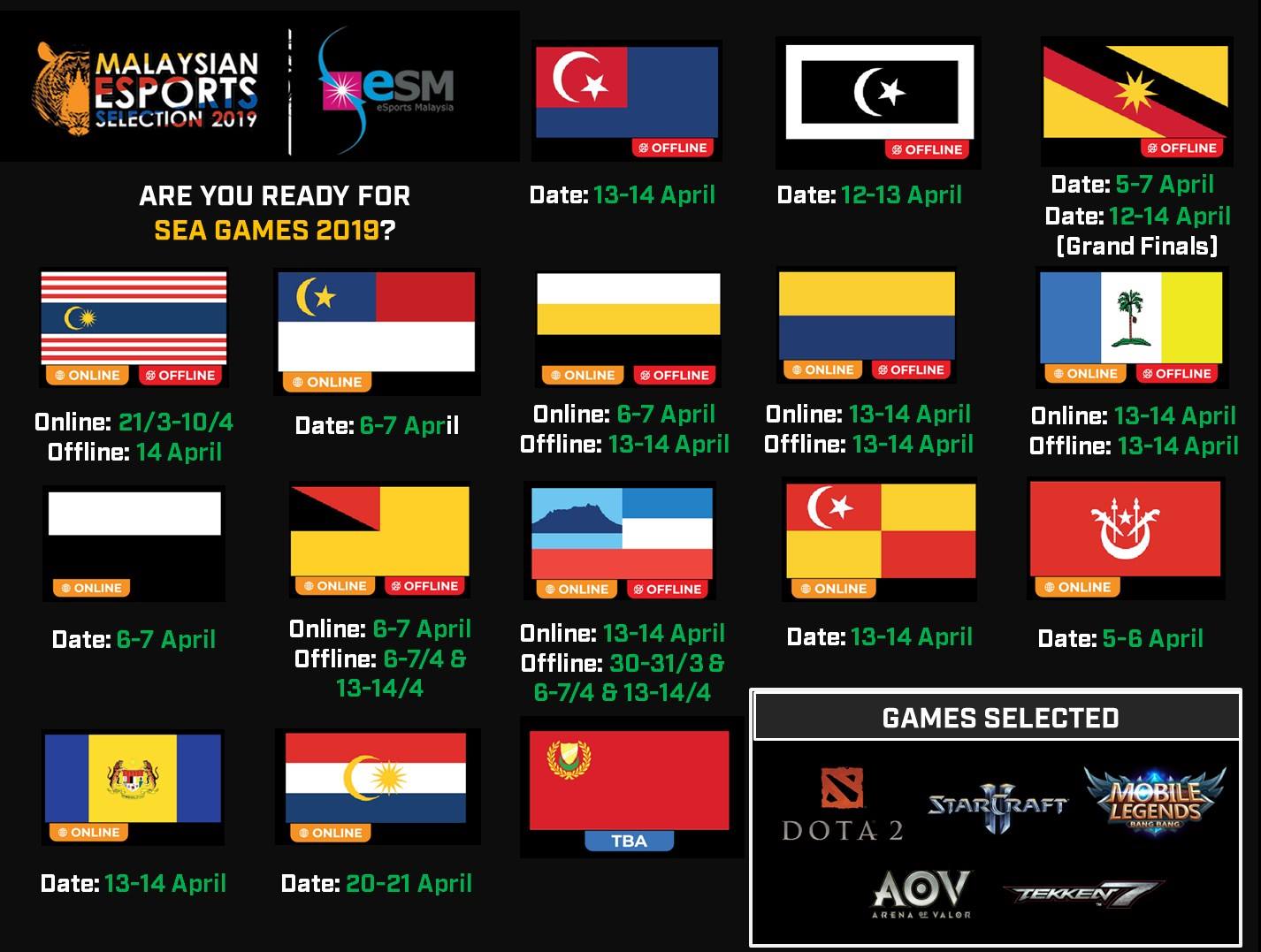 The Epic vs. Apple trial seems to be delivering more and more crazy news as time goes by, especially when it comes to what the former wanted for its E...

2022 is starting out with a seismic shift in the games industry. Microsoft has announced that they have agreed to purchase Activision Blizzard. Acc...

The last time Southeast Asia got Evo gold in fighting games was back in Evo 2013 courtesy of Xian. Fast forward to Evo Japan 2019, and we have two sle...