Nintendo just raised the curtains on the latest Astral Chain trailer, and it looks pretty sweet.

The 10-minute trailer features an introduction to the story and setting from Neuron Special Forces Operator Olive Espinoza, which is then followed by some interesting action presented by Neuron Special Forces Captain Maximilian Howard. Man, these names are straight out of an 80s cop drama.

The trailer also showcases the device that lets players summon the Legions – somewhat like Stands from JoJo’s Bizzare Adventure – and features various types of Legions and their combat styles. Here’s a breakdown:

Check out the full trailer below to see these in action. Official game description below.

As part of a police special task force, itâ€™s up to you to fight against mysterious, alien-like creatures who have invaded the world.

In the Ark, a multi-cultural city in the near future, disaster strikes when gates to another dimension suddenly appear! Dangerous creatures begin to emerge, attacking the people and polluting the land, and normal police forces are unable to compete with them. To stand up against these threats, a brand new, special police unit known as Neuron is formed.

Choose between two playable characters â€“ one male, one female â€“ on your adventure. The character you donâ€™t choose also appears as your younger twin, and a fellow member of Neuron.

In order to resist the creatures, humanity developed a special weapon: the Legion. The Legion acts as your partner, and helps with your investigations. However, itâ€™s in battle where the Legion shows its real abilityâ€¦

Work together with the Legion and use all sorts of combat styles to fight your enemies. You could both attack the same enemy simultaneously, target different opponents, or send your Legion on the offensive while you support it with items. Use this synergetic action system to battle and explore together!

Of course, Nintendo is going to come up with a finite amount of copies for the Collectors’ Edition of Astral Chain. It includes: 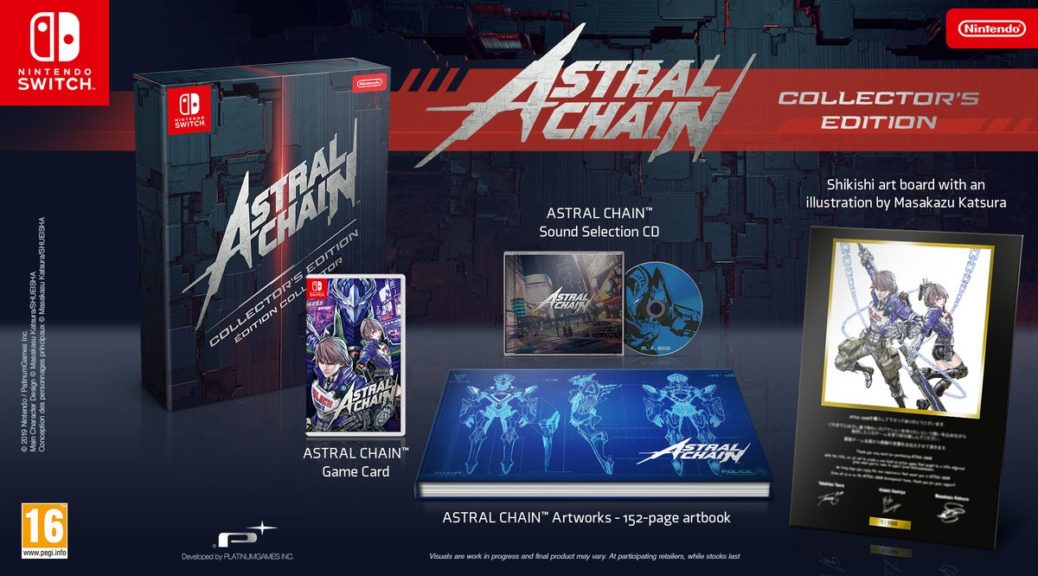 Only 2000 copies will be available at launch making it quite rare and valuable. The Collectors’ Edition is priced at RM425.

Astral Chain will release exclusively on Nintendo Switch on 30 August.

Esports,News
Overwatch League Player Discovers He Was Fired in The Most Unceremonious Way

Imagine finding out that you lost your job on social media. That's exactly what happened to Overwatch League player Sang-min “Myunb0ng” Seo, who ...