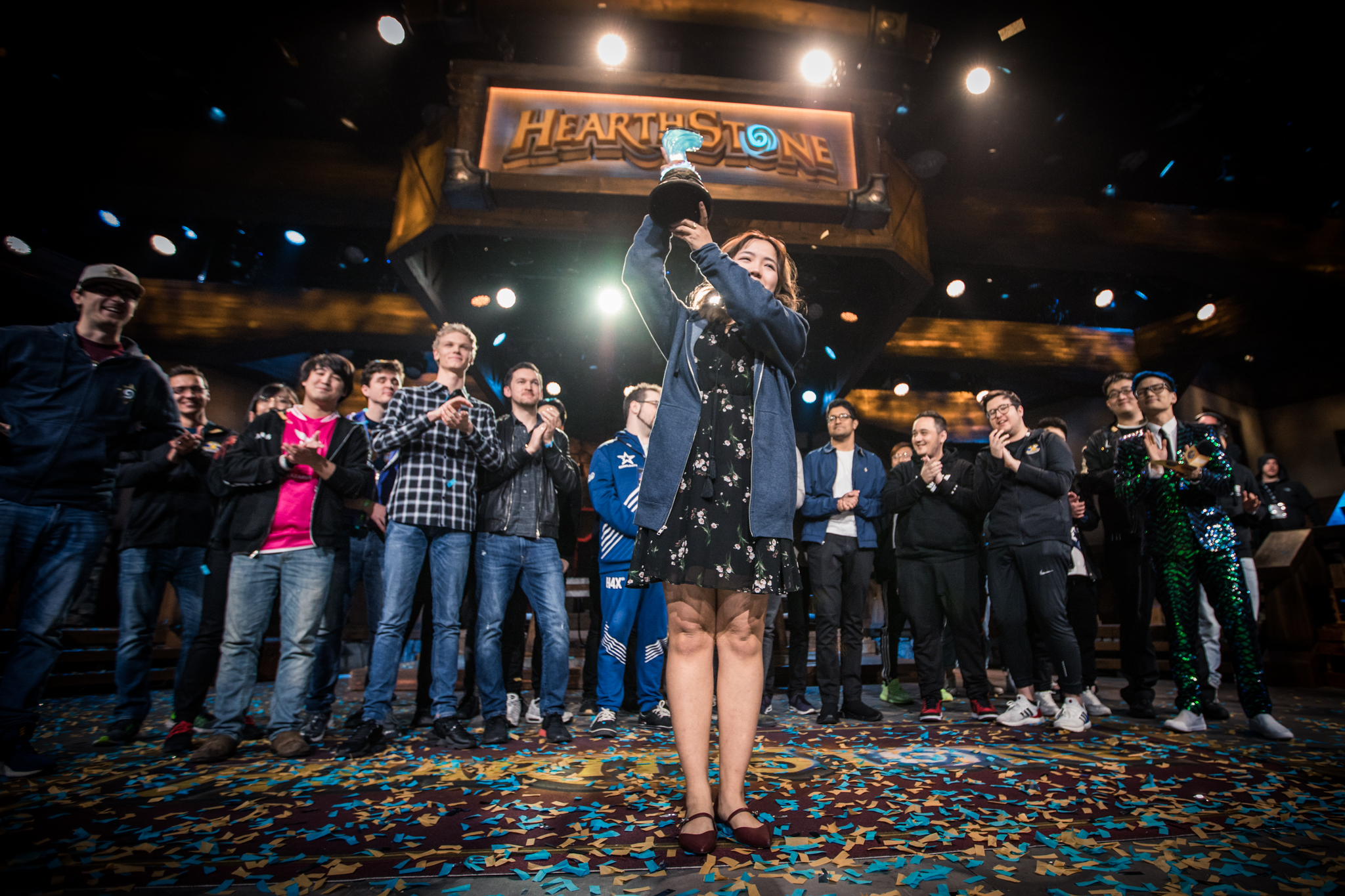 Xiaomeng “VKLiooon” Li is your Hearthstone Grandmasters champion and simultaneously the first woman to win a major Hearthstone tournament.

Xiaomeng, a team member of Valiant Knighthood, qualified into the global stage after winning the first season of China Grandmasters. She brings home the grand prize of US$200,000 after defeating American player Brian “bloodyface” Eason who was the champion of the season 2 Americas Grandmasters. At second place, the Lazarus Esports player takes home US$100,000.

Coming in at third and fourth place are Chinese player Gao “Leaoh” Yang who plays for Royal Never Give Up and German player Kevin “Casie” Eberlein who plays for Complexity Gaming. They both get US$50,000.

Xiaomeng’s victory represents one of the most important moments not just in BlizzCon but also in esports history. Her success will further close the gap between male and female players while also inspiring other women around the world that esports is always open to anyone willing to work hard, regardless of their gender.

The Hearthstone Grandmasters Global Finals was merely one of the many amazing events happening at BlizzCon 2019. We also had the Overwatch World Cup 2019 and also tons of other announcements.

Update[18/2/2022]: the cards are announced officially. The Street Fighter Secret Lair cards will be available from now until 18 March. Card descriptio...

News
Crysis Remastered Confirmed, And It's Also Coming To The Switch

It's official: we're getting Crysis Remastered for major platforms, including the Nintendo Switch. https://www.youtube.com/watch?v=ZqBP3kXi9jM The n...