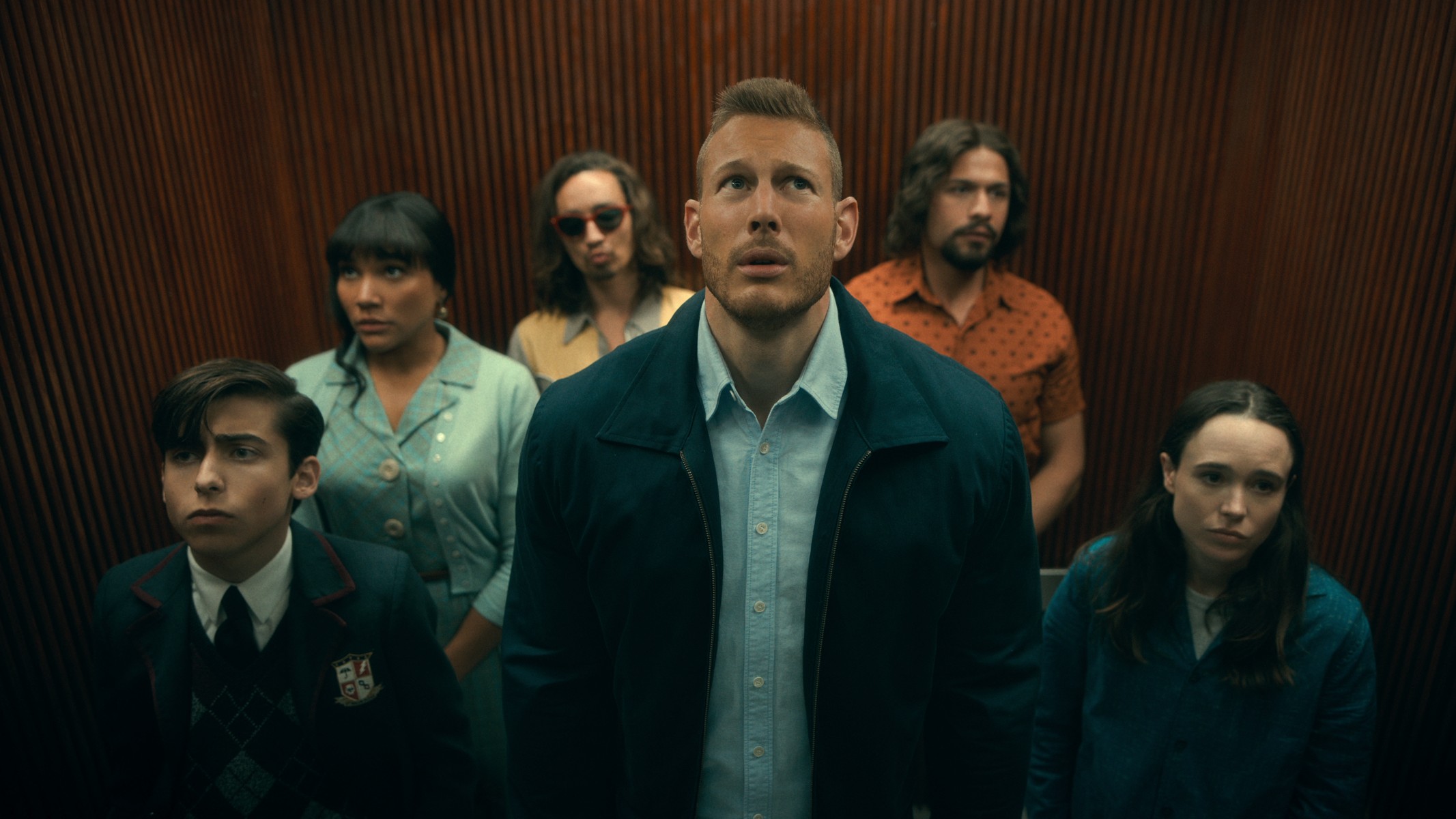 The first season of The Umbrella Academy was refreshing and unique in a sea of comic book adaptations, successfully translating some of the zaniness and sheer insanity of Gerard Way and Gabriel Ba’s comics of the same name. A little more than one year later, the second season has arrived, but does it live up to the first season?

Having read the comics, I had rather mixed feelings about The Umbrella Academy Season 2 after watching all 10 episodes. In fact, some of what I mentioned in my predictions for Season 2 of the series last year actually came true, but let me explain why this new season of the series feels underwhelming.

Stuck In The Groovy 60s

The Umbrella Academy Season 2 manages to maintain its bonkers tone of misfits in a dysfunctional family trying their best to, well, be a family. However, that’s not easy to do when your father is a cold bastard who raised you for the sole purpose of stopping the apocalypse. In the first season, we saw how the family tried to cope with the death of their father and the return of an old family member, but things didn’t go so well.

Suffice it to say, the Hargreeves siblings are now stuck in the early 60s, just around the time of the Civil Rights Movement and near the assassination of US President John F. Kennedy. To make things more complicated, the siblings find themselves separated from each other, dropping in the same place but at different times from 1960 to 1963.

Some of the siblings were forced to move on and make their own lives in the 60s, as Five (Aidan Gallagher) discovers that their disruption of the timeline is causing another impending apocalypse. Now it’s up to Five to assemble his siblings and once again attempt to cancel the apocalypse yet again.

Instead of the first season’s contemporary modern setting, The Umbrella Academy Season 2 should more aptly be described as a historical period piece of sorts, as it takes places almost entirely in the 60s. Thanks to this, showrunner Steve Blackman is able to depict the dark side of the era; namely the rampant racism and homophobia in the US back then.

I can’t reveal much about the plot and circumstances of each Hargreeves family member in the 60s, but this season does show some of them struggling with the aforementioned racism and homophobia.

What’s even more bizarre is how these themes in The Umbrella Academy Season 2 makes the show uncannily timely, especially in light of what’s been happening in the real world with the ongoing Black Lives Matter movement and the struggle against police brutality.

Diverging from the source material doesn’t necessarily mean that the adaptation won’t be good, but in The Umbrella Academy Season 2, they’re definitely not for the better. I mean, with Gerard Way taking cues from the bizarro king Grant Morrison, the comics don’t make much sense sometimes, but the main plot is still great.

I can’t really say the same about the narrative in The Umbrella Academy Season 2. It’s all over the place, and even then, the weirdest thing about it all is that it still suffers from the same problem that Netflix’s Locke And Key faced; it feels like the showrunners are holding themselves back from their full potential by not really making full use of the more fantastical elements from the source material.

This won’t be the case for those who haven’t read the comics, but while watching The Umbrella Academy Season 2 and recognising some the familiar scenes, all I could think of is how the comics did everything so much better. What is The Umbrella Academy Season 2? Is it about stopping the apocalypse again? Is it about stopping the assassination of President JFK? What were the villains’ plan again?

Again, there’s nothing wrong with deviating from the comics. Sometimes they even elevate the adaptations over the source material, but The Umbrella Academy Season 2 is not one of them. I was worried of this when the showrunners already used up most of the first volume (Apocalypse Suite) and some elements from the second volume (Dallas), which means that they were already running out of material after just a single season.

In case you’re not familiar, there are currently only three volumes of The Umbrella Academy comics; only the first two of which were complete at the time of filming the second season. To use a comparison, the same thing problem always happens to anime adaptations when they surpass the manga and there’s nothing left to adapt from.

What makes all of this more disappointing is that I absolutely loved how The Umbrella Academy Season 2 starts. The first episode starts with a (literal) bang and got the ball rolling.

The first half of the second season kept the momentum, but the second half is where things start unravelling. Still, kudos to the series for not suffering from the accursed Netlix bloat too much.

Ten episodes still feel like one too many when they could have shortened it to perhaps even half of that, but The Umbrella Academy Season 2 is not draggy like other Netflix shows, with decent pacing. All of the above may make it seem like I hate this second season of the series, but it’s actually not that bad, which is mostly thanks to the charming and charismatic characters (and the actors/actresses who portray them).

All seven members of the Hargreeves family return in The Umbrella Academy Season 2, and I’m happy to confirm that the best characters are still the best; everyone knows that I’m referring to Five (Aidan Gallagher) and Klaus (Robert Sheehan). What’s even more good news is that most of the other siblings are also improved and much more likeable characters this time around.

The highlights remain Five and Klaus, both of whom are the most memorable yet again (not surprising really, considering how great they were in the first season). It’s extremely impressive that despite only having turned 17 years old in 2020, Aidan Gallagher pulls off another convincing and charismatic portrayal of the badass teleporting Number Five.

Sheehan’s Klaus is as quirky and enigmatic as ever. What does he do when dropped in the 60s? Why; make a cult, of course. As funny as the character is, he also provides some of the more emotional and heartbreaking scenes in The Umbrella Academy Season 2.

The presence of both Gallagher’s Five and Sheehan’s Klaus are more than enough to have kept me watching, but the others hold their own in this second season as well. Diego (David CastaÃ±eda) gets into his own little fling with a new character named Lila (portrayed by Ritu Arya), Allison (Emmy Raver-Lampman) faces racist bigots, Vanya (Ellen Page) loses her memories, and so on and so forth.

Many of these characters still have lingering issues and emotions brought over from the first season. Unfortunately, some of those questions remain unresolved and unanswered in The Umbrella Academy Season 2 even until the end and even the answers we do get are unsatisfying.

Oh, let’s not forget about the villains, which is probably the most unsatisfying part of this new season.

Don’t expect anything like Mary J. Blige’s Cha-Cha and Cameron Britton’s Hazel from the previous season. The main antagonists chasing down the Hargreeves siblings this time around is a trio of Swedish assassins, who are also brothers. They’re so bland and meh that they don’t even have names. That’s right, their names aren’t uttered even once in the ten episodes, which just goes to show how devoid of personality they are.

The Umbrella Academy will probably still be a hit and get a third season, but it’ll only be in virtue of its great cast of characters. It’s a shame that they squandered the potential of what could have been, and made this instead. It’s clear from the ending of The Umbrella Academy Season 2 that the showrunners are no longer taking anything from the comics and are carving their own path.

The showrunners should take an example from the folks over at Amazon Prime Video. Their The Boys series also deviates substantially from the source material, but still manages to keep a consistent tone and theme with the comics that they’re adapting. With the third season acting as a blank slate, I believe there’s still hope yet for The Umbrella Academy.

Ghost Of Tsushima Legends Guide: How To Be The Best Mongol Slayer