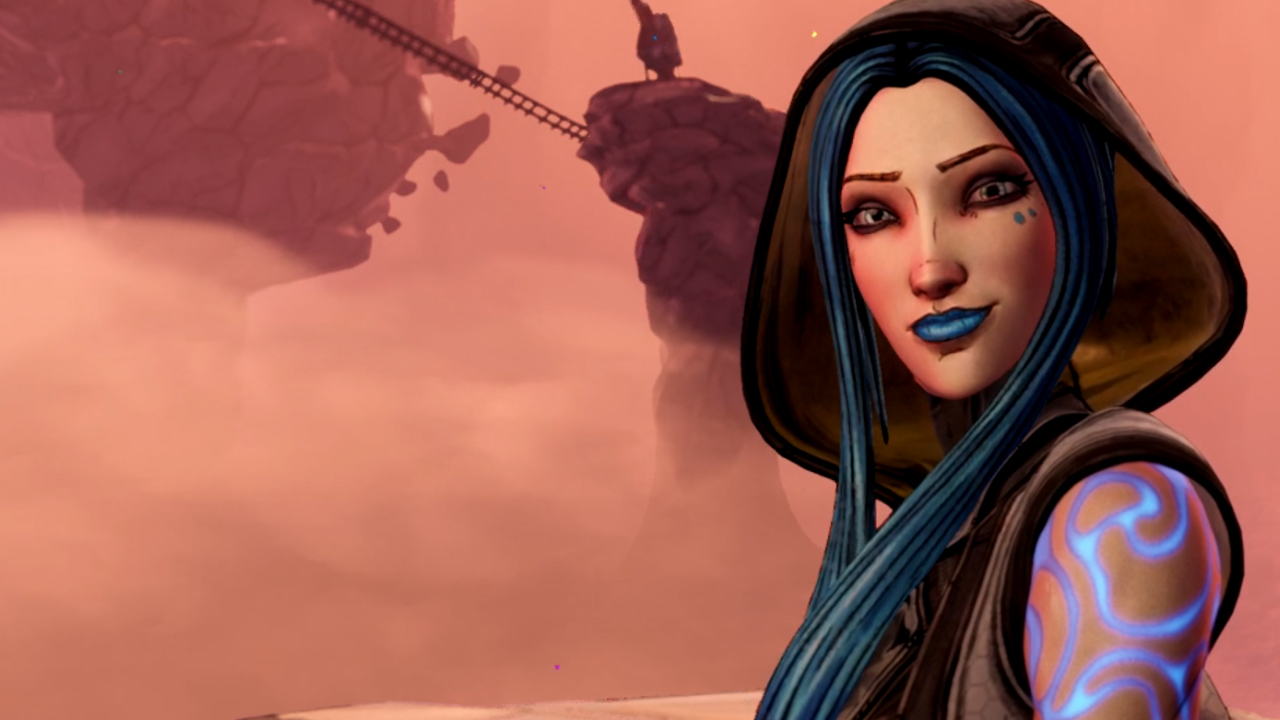 Truth be told, there isn’t anything in Borderlands 3’s latest DLC, Psycho Krieg and the Fantastic Fustercluck, that is going to revolutionize the series. It’s a solid DLC expansion with a ton of great weapons and shield mods (hello My Hero Academia reference!), a bunch of new bosses to farm from, and the usual linear level design with fantastical locations & aesthetics.

There’s also a cool nod to the General Knoxx DLC in the post-final boss bit where you have to scour for loot for 60 seconds before it vanishes.Â Without spoilers, I’d say buy this DLC if you already have Borderlands 3 and are still playing it. If not, then carry on.

Also, be sure to check out our guide on the DLC’s new loot and what to get. My personal favourite weapons to farm are the Prompt Critical (explosions-filled pistol),Â  Septimator Prime (a great Vladof sniper for rapid-fire builds), Major Kong (the perfect Yellowcake substitute), and Plus Ultra (said anime reference that gives added survivability). However, it would be remiss on my part if I didn’t talk about the middle bits of the Psycho Krieg storyline in great detail. As much as bigger and better loot in a Borderlands game still matters, the DLC’s expansion on lore and storytelling is arguably noteworthy and shouldn’t be dismissed.

I’d say it’s a chief reason to fork over money for this new addition. The following bits will be spoiler-heavy and details the story arc of the campaign. You’ve been warned.

The Psycho Krieg DLC is essentially about our Vault Hunters helping out crazed scientist-slash-Siren Patricia Tannis as she explores the mind of Borderlands 2’s playable Psycho character Krieg. You enter his literal mind castle, help both Sane Krieg and Psycho Krieg come to terms with their co-dependency, and clean out the cobwebs and self-doubts he faces. The DLC also expands upon Krieg’s apple of his eye: the Borderlands 2 Siren Maya.

As you remember, Borderlands 3’s main storyline killed off Maya through contrived plot conveniences and attempts to put new character Ava in the spotlight as the new Siren who succeeds the previous ones. A lot of people hated it. While the DLC did not change up the status quo, it did reaffirm that Maya is indeed still alive in a metaphorical sense.

See, Krieg is still keeping memories of her, going so far as to recollect her last few messages to him as well as the first time they both met: at the train on Pandora’s wasteland.

Hence, this is why players had to fight a train called the Locomobius to rescue Maya and her “memories” for Krieg in his mind palace. It’s such a cool setpiece and boss fight that we’ll allow it. From the train doing surprise attacks and just popping up all over the place from this pretty cool version of Athenas (since that’s Maya’s home planet) to the touching reunion and “farewell” scene, this portion of the DLC is well put-together.

It’s not a total fix for Borderlands 3’s main story cancer, but it’s a good antidote that washes away the sour taste from many fans. Plus, you get to talk to her memory ghost and get some cool quips from her, ranging from the whereabouts of Axel the gunner to teases for future DLC.

The Psycho Krieg DLC also touched upon the origin story of our subject matter, as well as all Psychos on Pandora. It was essentially an experiment done by Hyperion and its then-chief scientist Dr. Benedict. He actually used a manufactured virus in the form of a gas cloud to not only inject it onto Pandora’s derelicts, but also into the water supply of many of Pandora’s villages as a form of chemical warfare. A pretty brutal and heavy revelation, if you ask me.

After dealing with Dr Benedict in Krieg’s mind palace, we then head off to the source of the Psycho’s lust for blood: Vaulthalla. Apparently in Krieg’s mind, a big dude called the Psychoreaver resides in there. Once you unlock the passage to Vaulthalla, you deal with it and then resolved Krieg’s differences through the power of teamwork.

It’s essentially a classic tale where two psyches in one person have to coexist with one another because they’re the same people. If one takes over the other, that person becomes unbalanced. Sane Krieg would be passive, while Psycho Krieg would be too aggressive and solve everything with violence.

It’s not the most original tale, but within the Borderlands context and the fact that Krieg does get his happy ending in the end, we’ll allow it.

The Outer Worlds' First DLC Is A Star That Burns Bright

Ikenfell Is The Harry Potter RPG We've Been Waiting For