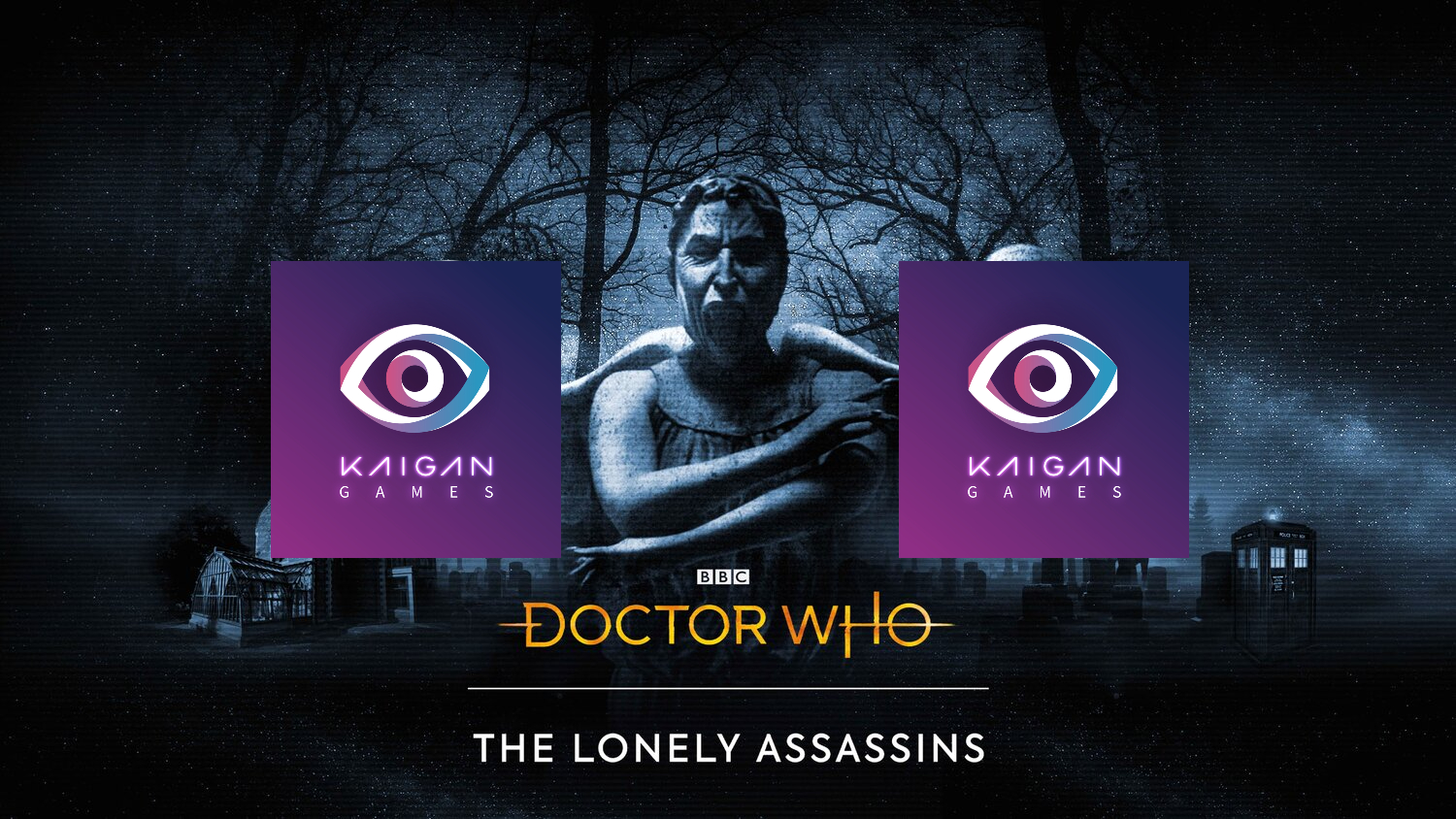 Doctor Who The Lonely AssassinsÂ will see players uncover and decipher the mystery of a â€˜found phoneâ€™, unravelling a sinister series of events taking place at Wester Drumlins, the iconic â€˜uninhabitedâ€™ home featured in the legendaryÂ Doctor WhoÂ episodeÂ Blink. Someone is missing, and a menacing new nemesis has emerged. Players will work withÂ Doctor WhoÂ character Petronella OsgoodÂ and other classic characters as they get steadily closer to the truth.

In light of their upcoming game, we grabbed the opportunity to interview Kaigan Games all about Doctor Who The Lonely Assassins, what it was like to develop a game based on a massive long-running IP like Doctor Who, and more.

Speaking with Kaigan Games’ Jeremy Ooi, he revealed that it was UK-based developer Maze Theory who approached them to work on the Doctor Who IP in the first place. Maze Theory is best known for developing VR games like 2019’s Doctor Who The Edge Of Time and the upcoming Peaky Blinders – The Kingâ€™s Ransom.

While Kaigan Games is trying to focus on their own original IP, Ooi added that working on a major IP like Doctor Who was “too good to pass”. He added that it was very daunting to work on such a big IP, but the team at Kaigan Games “did plenty of research and consulted with fans of the show” in order to ensure they did certain things right, as well as getting support by Maze Theory and feedback from fans of the series.

Doctor Who fans will be happy to learn that Doctor Who The Lonely Assassins takes place concurrently with the current ongoing BBC series and that it follows up on the events of Doctor Who Series 3 Episode 10 ‘Blink’.

“This game takes place current time but follows the event of the famous episode “Blink” with a returning main cast. This game also exist alongside Maze Theory’s other Doctor Who game, The Edge of Time.”

While fans will be delighted to hear that the main cast will return to voice their characters and appear in Doctor Who The Lonely Assassins,Â the team at Kaigan Games didn’t manage to work directly with the likes of Ingrid Oliver, Finlay Robertson, and Jodie Whittaker. The shooting of the scenes was done by Maze Theory, and the team at Kaigan Games only received the voice work to add into their game.

Ooi jokingly said that “we only get to hear their beautiful voices.”

There are also actual Whovians working on the game at Kaigan Games, including their artist, Rex. What’s intriguing is that a lot of the UI elements in Doctor Who The Lonely Assassins drew inspiration from the Doctor Who TV series.Â That will certainly make the game stand out and distinguish itself more from Kaigan Game’s previous titles.

On that note, here’s what Ooi had to say about how similar or different Doctor Who The Lonely Assassins will be compared to their previous games like Simulacra and Sara Is Missing.

“The core mechanic will be the same, texting, looking for clues, etc. However, there will be unique gameplay sequences that better fits a Doctor Who game.

For example; how the Weeping Angels interact with you and what the fantastical technologies of the Doctor Who universe brings to phones.”

Last but not least, we asked Ooi if there are other licensed IPs that Kaigan Games would consider to be their dream projects. He said that he would personally love to work with Charlier Brooker on Black Mirror but that it’s just a “pipe dream” for now.

“Plenty of wonderful IP out there. Personally, I would love to work with Charlie Brooker on Black Mirror but thats like a pipe dream! I guess we would know when we see it!”

We actually think that a Black Mirror game would be perfect for Kaigan Games to work on, especially since the popular sci-fi series’ dark and horror-adjacent tone is already in line with everything the Malaysian studio has done.

Doctor Who The Lonely AssassinsÂ is slated to launch onÂ 19 March 2021. However, the Nintendo Switch version has yet to receive a release date. You can pre-register the game on the Google Play Store, pre-order on theÂ Apple App Store, or wishlist the game onÂ SteamÂ to earn special milestone rewards, including bonus story content, digital wallpapers and printable posters.

It’s a great time to be a Whovian, and we’re proud that a Malaysian developer is working on such a famous IP. Here’s to even greater success for Kaigan Games and the Malaysian games industry as a whole.

In the meantime, check out the Doctor Who The Lonely Assassins trailer below: