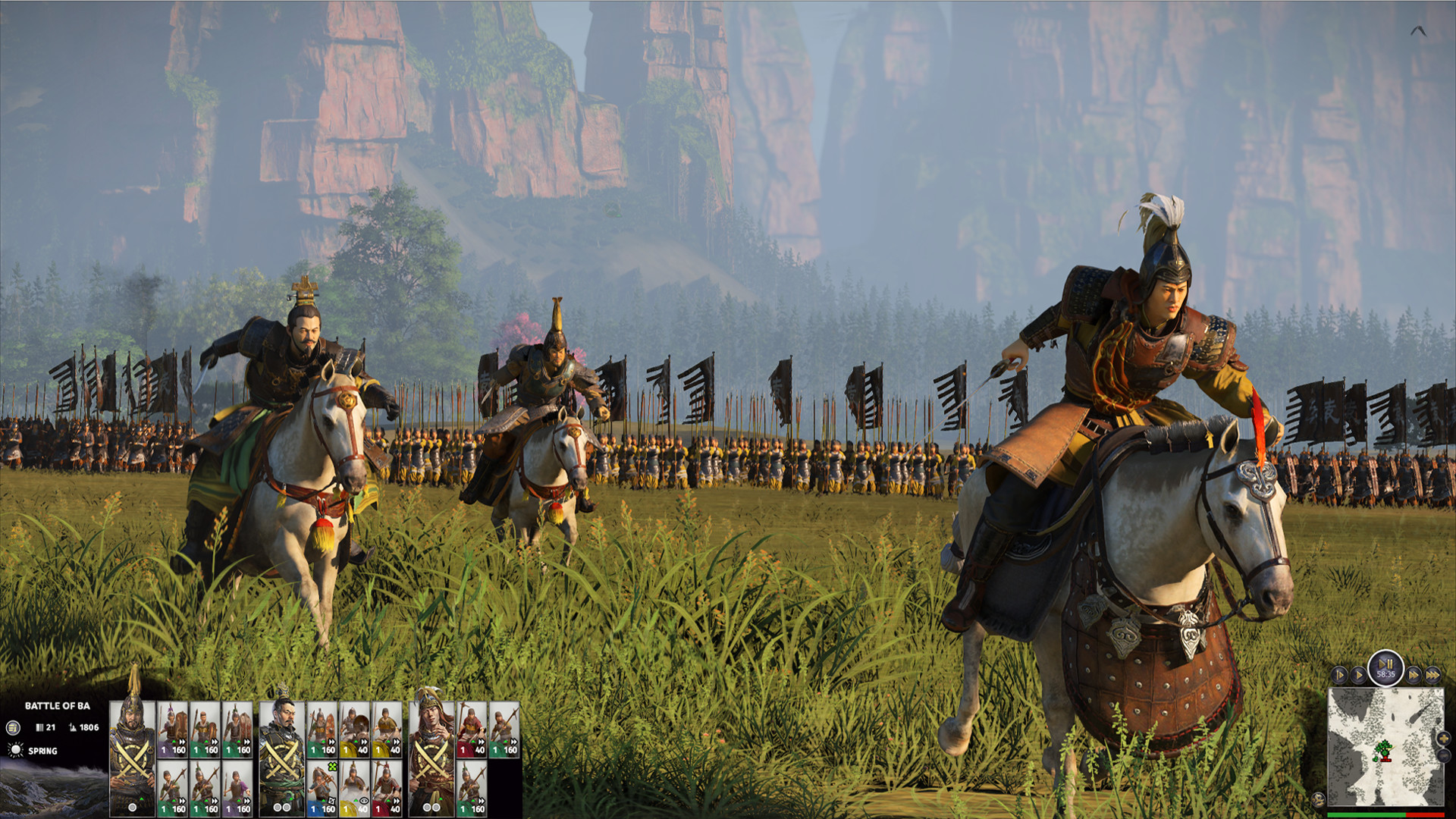 Creative Assembly has announced the Total War Three Kingdoms Fate Divided DLC, which is slated to launch on 11 March 2021 via Steam.

In Total War Three Kingdoms Fate Divided, players begin at 200 CE, a period that finds Yuan Shao and Cao Cao at a crucial turning point. These childhood friends have borne witness to each otherâ€™s growing ambition, but Yuan Shaoâ€™s patience with Cao Cao is fast coming to an end; a childhood bond is about to break.

As well as including significant improvements to several existing mechanics, this brand-new Chapter Pack also includes:

In addition, the new DLC will also introduce a new faction with Liu Yan (with two new units), while Cao Cao and Yuan Shao will each receive five new unique units with this Chapter Pack. As well as these new units, players will also be able to recruit units from the Northern Army. The Northern Army will pledge themselves to either Cao Cao or Yuan Shao when their faction leader reaches rank seven. This will give them five Northern colonels, who can be assigned to characters to access the Northern Army Units.

However, only the character who has the colonel equipped can recruit the units, and once equipped the colonels cannot be unequipped. However, a colonel can be assigned to someone else if the character dies. You can also steal an enemyâ€™s colonel if you capture the character after a battle.

Alongside the Total War Three Kingdoms Fates Divided DLC, players can also look forward to a big free update for all factions, introducing a new Imperial intrigue mechanic, faction rewards for Cao Cao and Yuan Shao, tweaks to the faction council, and many more changes viewable over on the DLC’s FAQ.

Modern Warfare's Season 2 Will Bring Back Rust & Ghost This February

You Can Get The Darkness 2, Sid Meier's Pirates, And More For Only $1