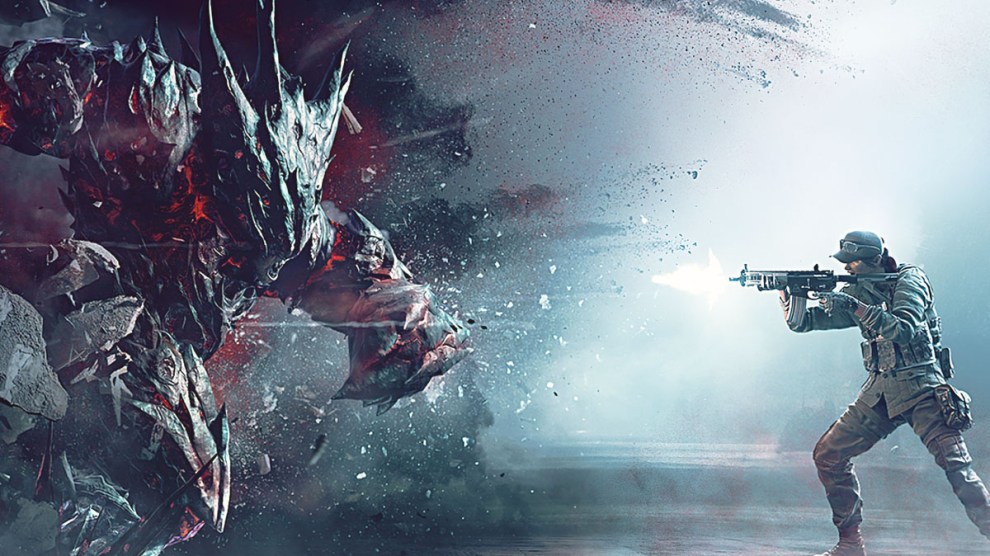 There’s a leak going about regarding the next Rainbow Six game, and it features something out of left field. At least for the tone of the whole series anyway.

The leak of Rainbow Six Parasite/Rainbow Six Quarantine gameplay footage is out on YouTube, and it features main character Ela shooting down creepy aliens while completing a rescue mission. It’s what you would expect from a Rainbow Six game, but with a sci-fi slant (via DBL Online).

One can say that this is Ubisoft’s way of pulling off a Call of Duty Infinite: take a modern times military shooter with tactical elements, and then change things up a little with an outerworldly concept. It still retains the series’ propensity for new gadgets like scan grenades, nitro cell, and recon drones. You’re also still graded for objectives completed, how well you pull off the mission, and whether you master techniques during the rescue.

This video will be taken down quickly, so watch it while you can. Rainbow Six Parasite might not have a date announced, but we’re guessing it’ll be out this year.

The Witcher Season 3 Has Started Filming; Here's What You Need To Know