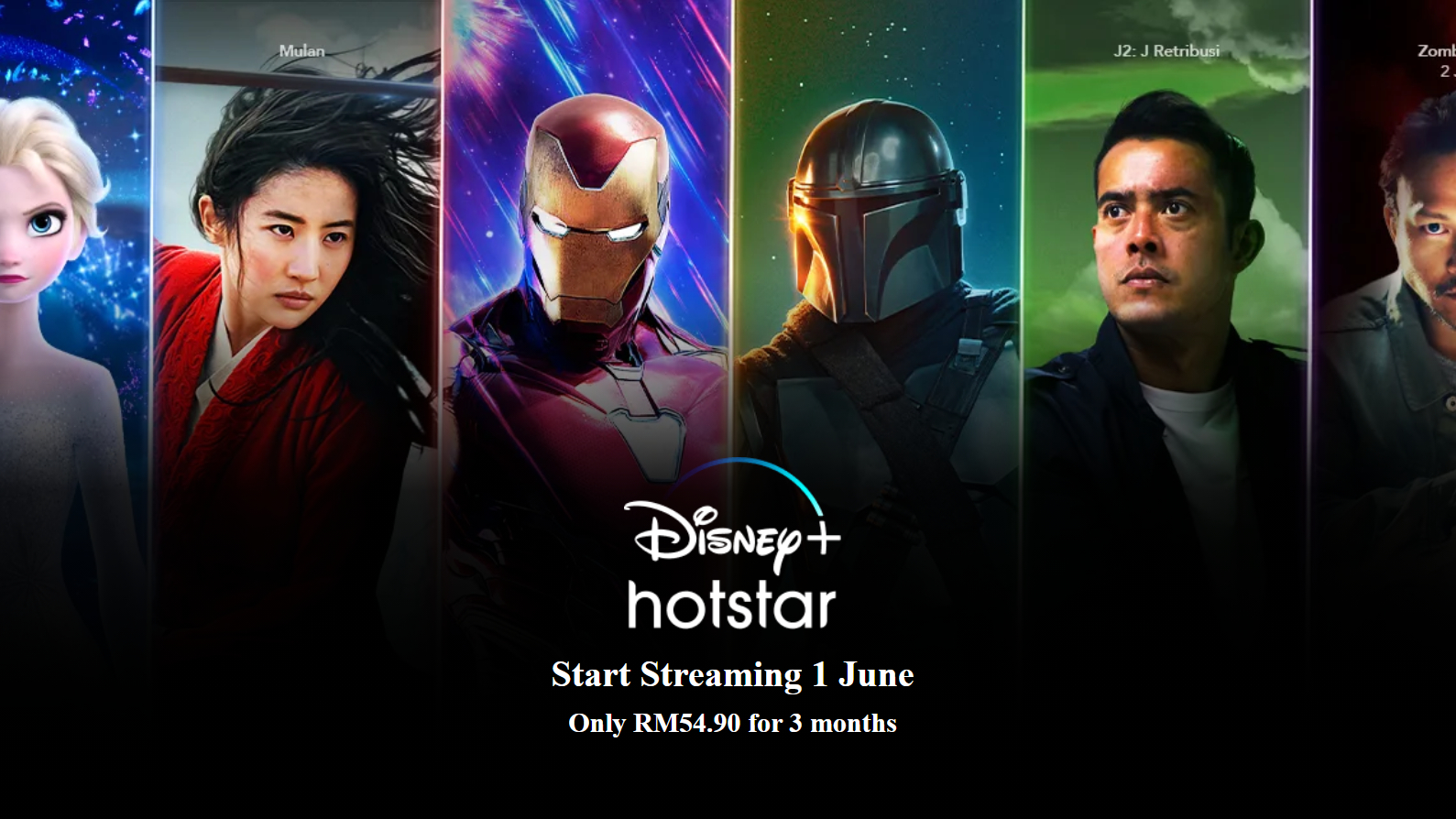 After waiting for so long, Disney Plus is finally launching in Malaysia on 1 June 2021.

The Disney Plus Hotstar Malaysia streaming service will be available for RM54.90 for the first three months, as well as a special package from Astro.

When Disney Plus launches in June, subscribers can look forward to Loki on 11 June 2021 and Pixar’s Luca on 18 June 2021. In addition, subscribers will enjoy Disney+ Originals, such as The Mandalorian and High School Musical: The Musical: The Series, and Marvel Studiosâ€™ WandaVision andÂ The Falcon and The Winter Soldier.

This is in addition to the latest blockbuster releases and library content, including Marvel Studiosâ€™ Avengers: Endgame, Avengers: Infinity War, and Black Panther; Disneyâ€™s live-action adaptations â€“ Mulan, Maleficent: Mistress of Evil, The Lion King, Aladdin and Beauty and the Beast; Animation favourites – Disneyâ€™s Frozen 1 and 2, Moana and Big Hero 6, as well as Disney and Pixarâ€™s Soul, Coco, The Incredibles 2 and Finding Dory.

There will also be a robust catalogue of general entertainment series and films such as Nomadland, The Walking Dead, Jojo Rabbit, Criminal Minds, Fresh off the Boat, The Simpsons, Greyâ€™s Anatomy, 9-1-1 and many more.

These multi-year agreements mean that Disney+ Hotstar will be the exclusive home to some of Malaysiaâ€™s most anticipated blockbusters, which will skip theatres and launch straight on the streaming service.

In addition, top-rated local Primetime drama series such as TV3â€™s Single Terlalu Lama and Kekasih Hati Mr. Bodyguard will premiere first at 7am on the same day as the linear telecast, only on Disney+ Hotstar. With this, drama aficionados can watch their favourite local series on the platform up to 15 hours before anywhere else.

For viewers who love watching everything in one go, there are star-studded series like Wifi Sebelah Rumah (featuring Zul Ariffin and Ruhainies) and Semanis Senyumanmu (featuring Daiyan Trisha and Aiman Hakim Ridza).

Kids and families will enjoy the likes of hit series such as Ejen Ali, over 10 seasons of Upin & Ipin, Club Mickey Mouse, T.O.T.S, Alif & Sofia, Wizards of Warna Walk and Marvelâ€™s Spider-Man, while fans of Asian content can look forward to popular movies and series from across the region, such as Infernal Affairs, Ip Man 4 The Finale, The Deer and the Cauldron, The Legend of Haolan, Pandian Stores and Vishwaroopam 2, and exclusive content like The Silent Forest, Dil Bechara and Live Telecast.

“In addition to being able to bring amazing content from Disneyâ€™s incredible brands from all around the world, it has been such a privilege to collaborate with homegrown studios and creators to bring Malaysian stories to Disney+ Hotstar and drive the growth of our creative community.

Through Disney+ Hotstar, we look forward to continuing our deep-rooted support of Malaysian-made content and shining a well-deserved spotlight on inspiring Malaysian stories, filmmakers and talent.â€

Subscribers will be able to stream Disney+ Hotstar on a wide selection of compatible mobile and connected TV devices at launch, including streaming media players. Each registered account can support two concurrent streams, and the majority of content is available for download on mobile and tablet. All content is commercial-free, with a dedicated kids section with age-appropriate content and a kid-friendly, easy-to-navigate user interface.

Why is Disney Plus worth subscribing to?

You can head on over to Disney Plus Hotstar Malaysia official website now.