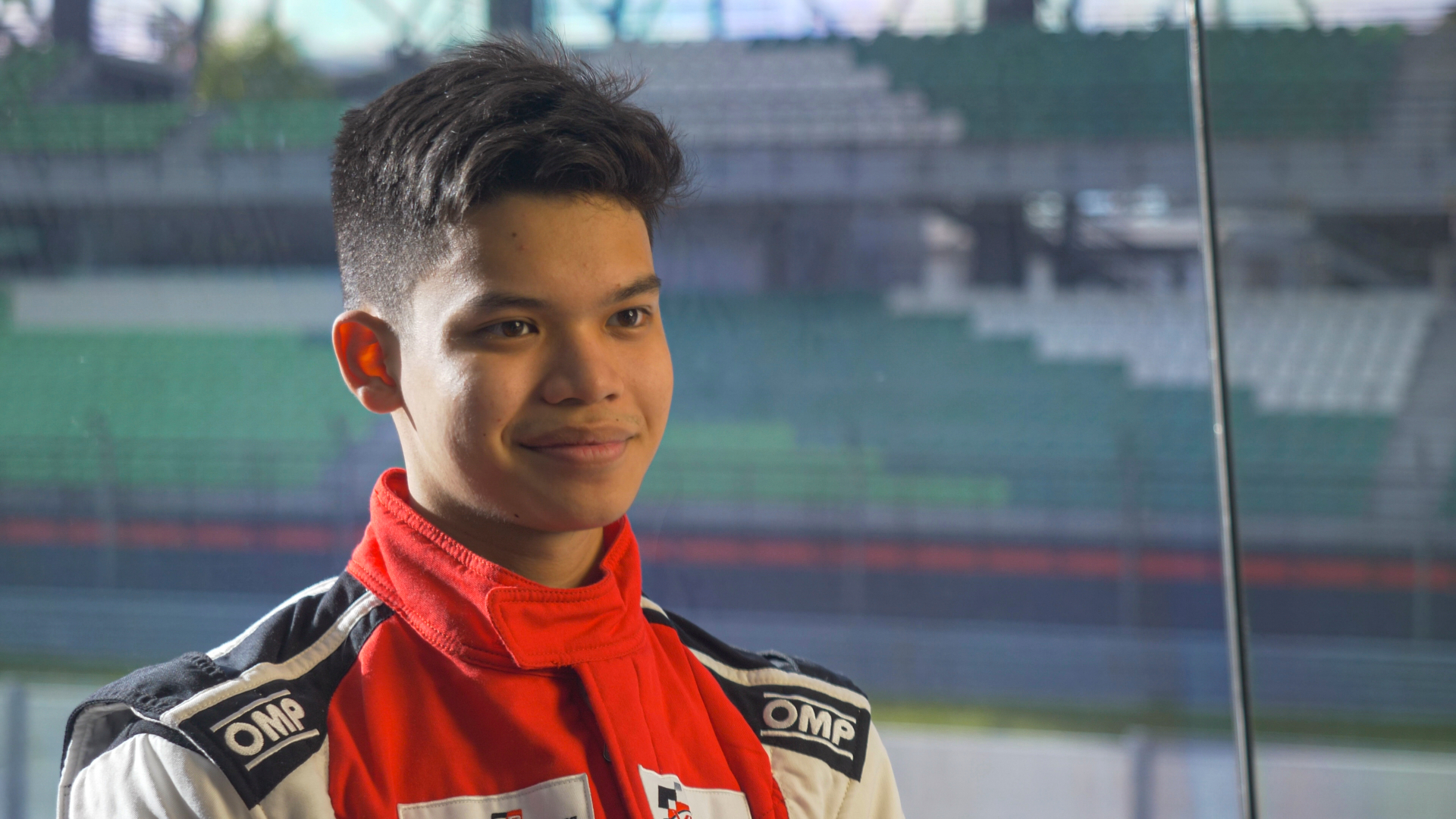 Ever-tenacious Malaysian, Naquib Azlan was crowned as the champion in the fifth edition of the eRacing GP Global Edition championship. The 20-year-old held off a fierce challenge by Australia’s Josh Purwein to claim the title for the first time after being runner up in the previous four Global Editions.Â

Despite starting from the rear of the race, Naquib burned virtual rubber to gradually inch his way to victory and hold off Josh Purwein in the standingsÂ by just 7 points after a 10-race season.

The clash proved costlyÂ in the “reverse grid” second race when Purwein, not taking chances, shot to the lead and left Naquib trailing eighth in the early stages of the race. However,Â Naquib held steady andÂ kept his nerve to come home in third behind Purwein which was enough to see him clinch the title at the Zandvoort circuit.

After the race, Naquib Azlan said:

â€œWow, that was so tough especially after losing the last Global Edition by only one point.

I knew that today, with me being on top coming into the final round, having never won it before, I wanted to do it no matter what, so I tried my best and it worked out.”

As the dust settled on an exciting racing season, confirmed his position as champion of the Gold Class category with 142 points followed byÂ Australiaâ€™s Josh PurweinÂ 135 points and Singaporeâ€™s Muhammad Thasbeeh on 109 points.

â€œIt was a long time coming for Naquib who has proven to be one of Malaysiaâ€™s best drivers, and not only in the sim world.

He was recently signed up by Toyota for their rookie programme and he won both races in the opening round at Sepang.

So, he is a real talent for the future.

We hope to attract more new racing talent next season which will in turn drive our viewership numbers in the upcoming eRacing GP Global Edition 6.”

The culmination of the fifth and final round sawÂ MalaysiaÂ emerge champions of theÂ Nations Cup for the second consecutive timeÂ with 695 points followed by Singapore with 487 points and Philippines with 471 points.

In the meantime, you can check out my previous interview with Naquib Azlan by heading over here, where he talked about what’s next for him and who his idols are.