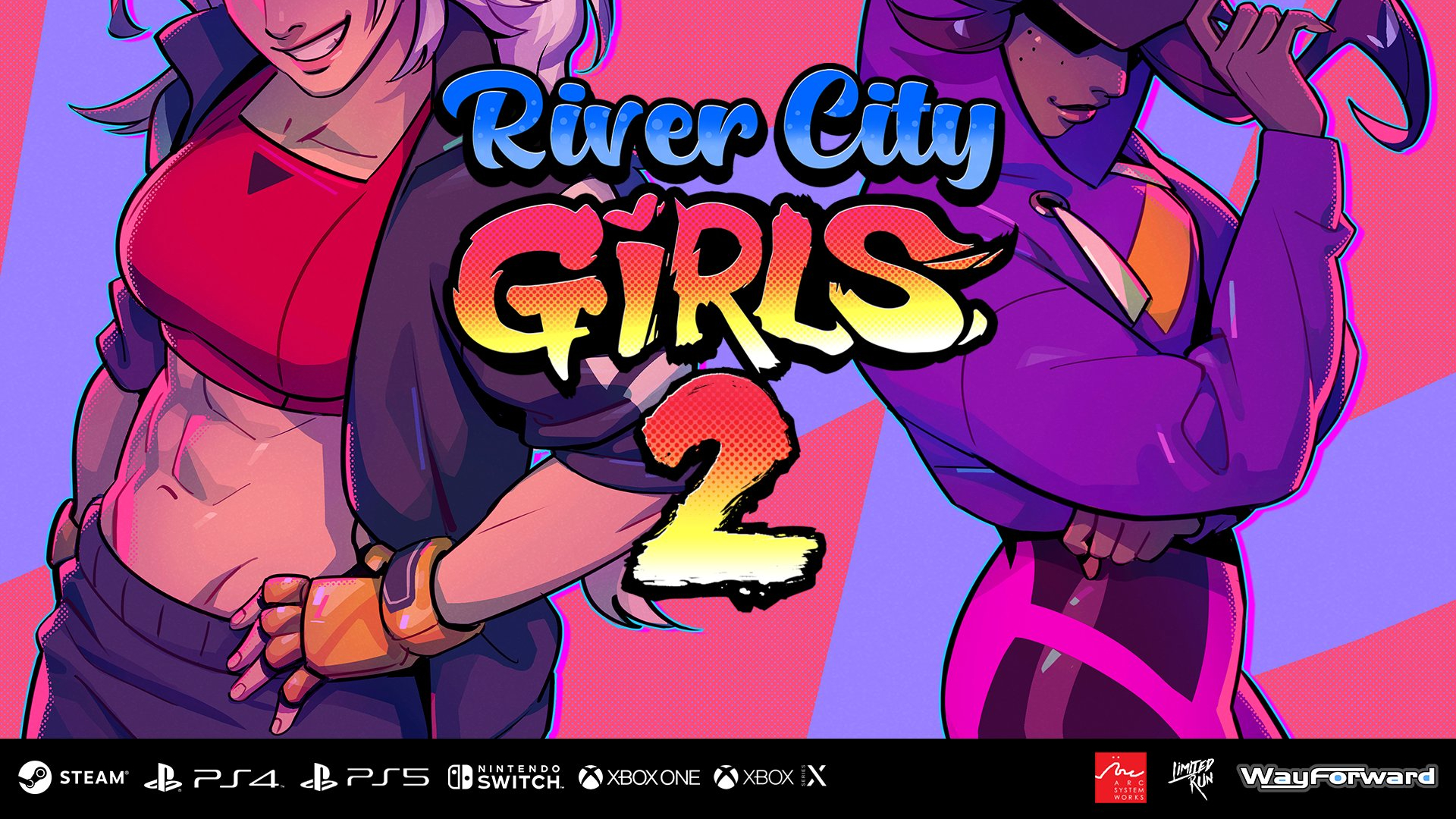 Limited Run Games will produce a physical edition of the game. The next game in the Kunio-kun series slated to launch sometime in 2022.

The synopsis of the game reads:

Picking up shortly after the original,Â River City Girls 2Â once again put players in control of Misako and Kyokoâ€”as well as Kunio, Riki, and other charactersâ€”as they set out on an all-new beat-â€™em-up adventure across the mean streets of River City.

New moves, new enemies, new recruits, new environments, and the return of an old foe await, along with the same over-the-top sense of humor and adrenaline-pumping combat of its predecessor.

The game will also feature two-player co-op action both locally and online.

In case you couldn’t tell from the artwork below, WayForward will be adding in a Double Dragon character in the playable roster mix: former damsel-in-distress-and-now-River-City-shopkeeper Marian. River City Ransom Underground’s Provie will also be a new character in the RCG series, bringing her breakdancing and capoera fighting mix to the upcoming 2D pixel art brawler.

You heard it right: @Wayforward's River City Girls 2 is getting a physical edition on PS4, PS5, and Switch! #LRG3 pic.twitter.com/AI9psIjZVW

2019’s River City Girls was a side-scrolling beat-em-up game that we named one of our best games of that year. You can check out our review of that game by heading over here, or check out the music/gameplay from the game below:

A New Need of Speed Might Be Coming This November