In the first hour or so of Bandai Namco’s action RPG entry Scarlet Nexus, it goes out of its way with its anime tropes. The plucky earnest male protagonist, the tsundere female who you can also choose to play as, the childhood friend who wants to confess her true feelings to the aforementioned male character.

The game has a pretty clear background: you play as either Yuito or Kasane who are New Himuka-stationed cadets in the Others Suppression Force (OSF), a group that has to rid the current Earth of monsters called Others. Oh, and both our heroes have psychokinesis powers so you can launch trucks and rocks into their opponent’s faces while you wail on them with either your sword or magic flying daggers.

5 hours later, the story takes a pretty crazy left turn that doesn’t ever let up. Yes, the gameplay and combat is fun and all, but the real hook is its narrative and where it takes you. 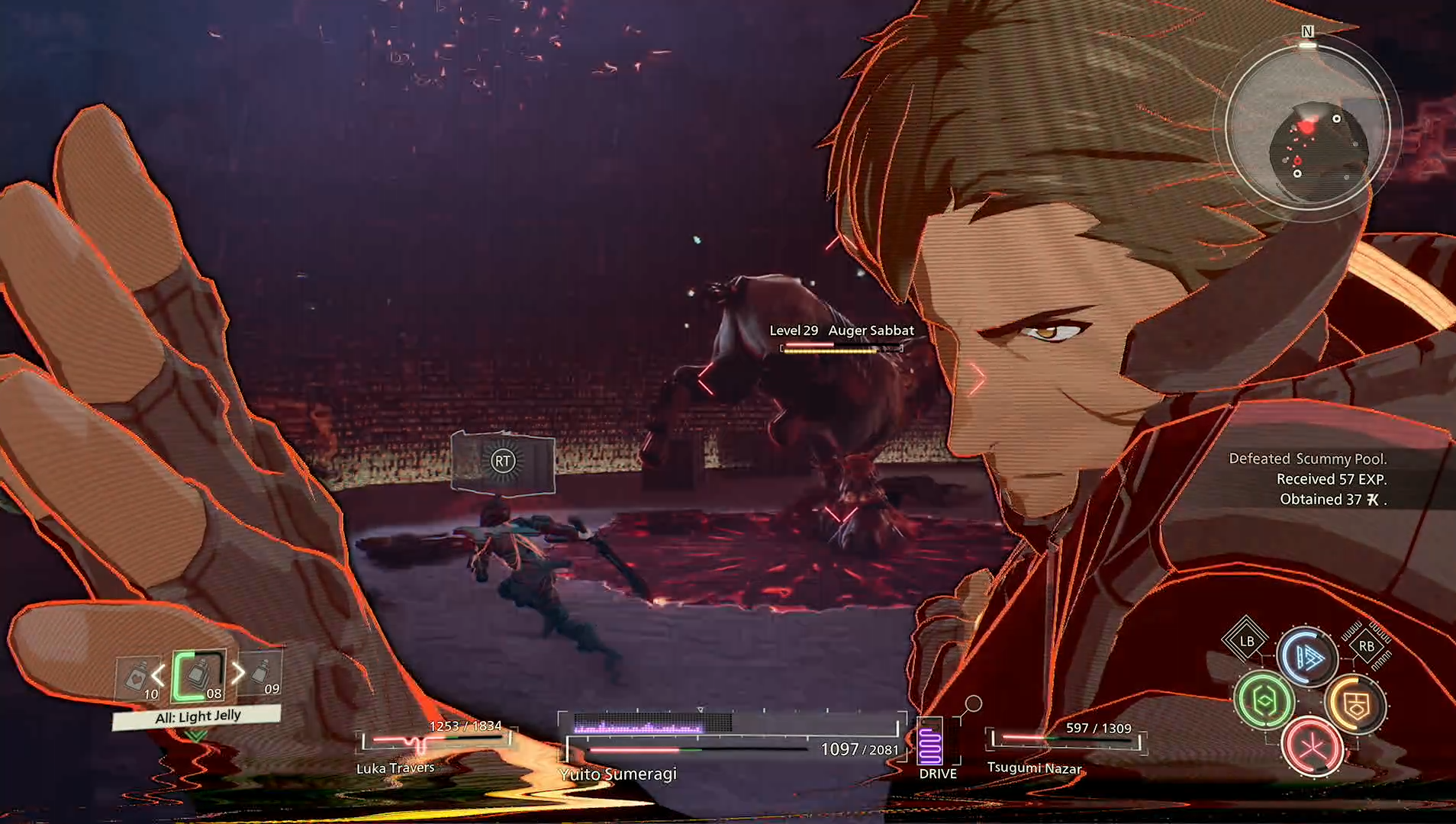 Without spoiling anything, it’s clear as day that Bandai Namco’s Team Red Strings and Tose want to make a pretty unique and engaging sci-fi tale using its anime tropes from its Tales of games as a baseline. I have seen countless anime, and I did not expect many of Scarlet Nexus’ plot twists and revelations at all. Kudos to the team for hiding all of this from the marketing.

The game lets you pick between Yuito and Kasane from the start. Personally, you should play through Yuito’s campaign for 32 hours or so, and then see Kasane’s perspective after. You can choose Kasane’s route, though it can be a bit challenging gameplay-wise. I’ll explain later. Plot-wise, both characters have their own engaging perspectives and cornerstones to explore that makes the escalating plot all the more exciting.

For Yuito, it’s his Sumeragi name since his dad and older brother run the OSF in New Himuka. For Kasane, the focus is on her drive to protect her sister Naomi Randall and her dream about “red strings”. The game’s stories take quite a few dark turns, though it’s offset by some of the levity of anime character tropes that crop up.

See, when you take a break during the game’s intermission bits at your hideout, you can choose to bond with your teammates. Not only do you find out more about their backstory and wants, but you also make them more efficient in combat. 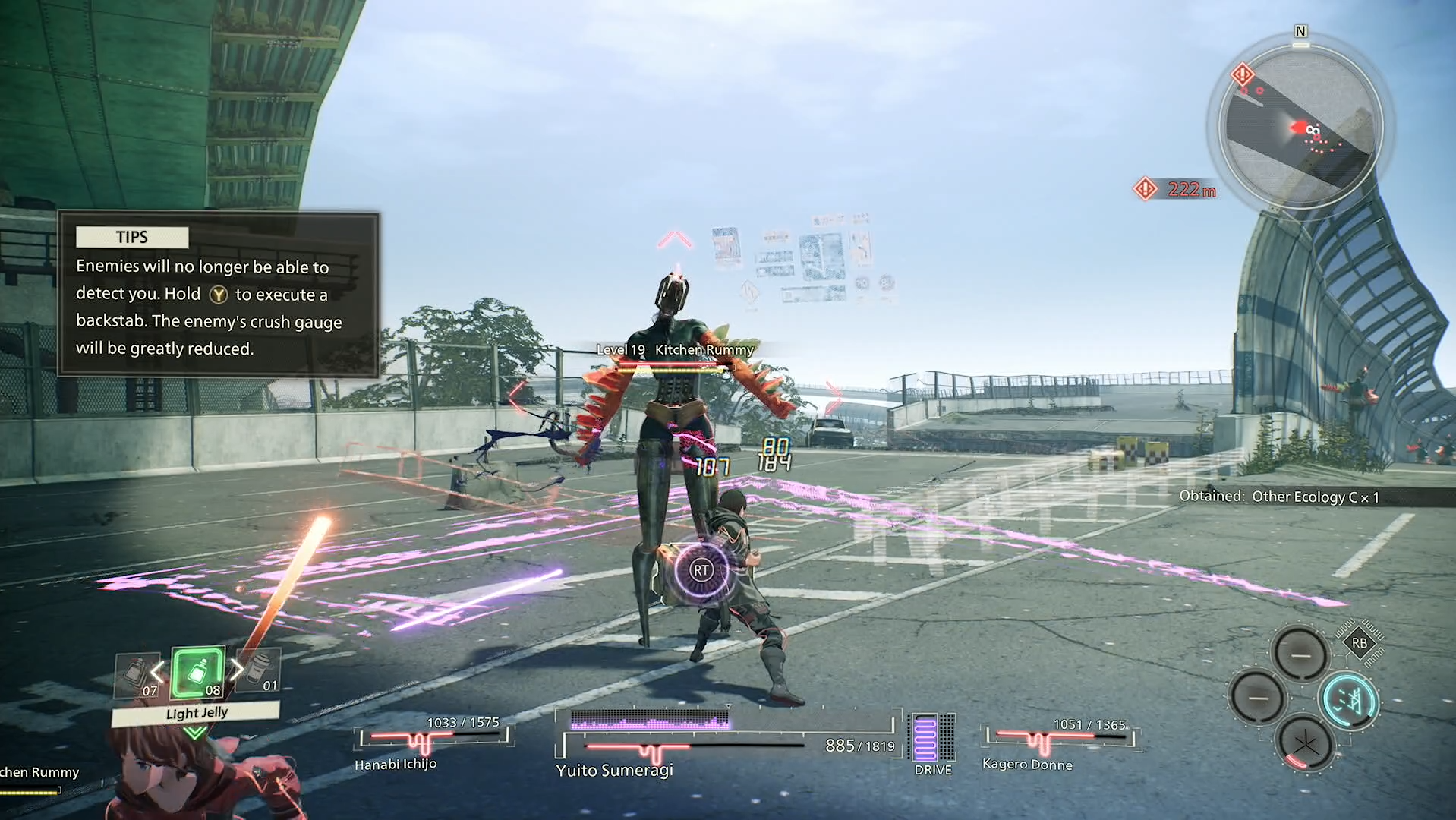 Speaking of which, you will need your comrades’ powers when fighting. See, your character can use the Struggle Arm System (SAS) to borrow your OSF pals’ powers temporarily to bolster your own. For example, Yuito’s childhood friend/one-side lover anime trope Hanabi has pyrokinesis; borrowing her powers infuses Yuito’s sword slashes with wide fire attacks. This not only helps damage enemies further but can also deplete their Crush Gauge faster. That’s the game’s equivalent of a guard meter; deplete that and you can perform an instant-kill move called Brain Crush that also gives you added benefits like extra psychokinesis energy or bonus experience points.

Yuito and Kasane can also borrow other such powers like armour, instant teleportation, clairvoyance that detects invisible enemies and gives you awesome counterattack bonuses, and hypervelocity that slows down time for you.

I also find it a nice touch that the game gives the rather useful Electricity skill to the resident anime a**hole of the group: Shiden. Basically you’re forced to bond with him if you want to get the most out of his powers. Not only will his SAS meter refills quicker, he will also act as a Guard Vision (random defense move that pops up to negate damage) or an Attack Vision (a finisher move that prompts during a fight), along with other passive benefits to make your Electricity attack all the more powerful.

In my Yuito playthrough, I maxed out Hanabi’s Bond level which means I get a nifty stun-locking flamethrower attack by just mashing the light attack button. In other words, maxing out Bond levels not only net you a cute downtime story scene with your favourite OSF waifu/husbando, but also gives you great combat benefits. 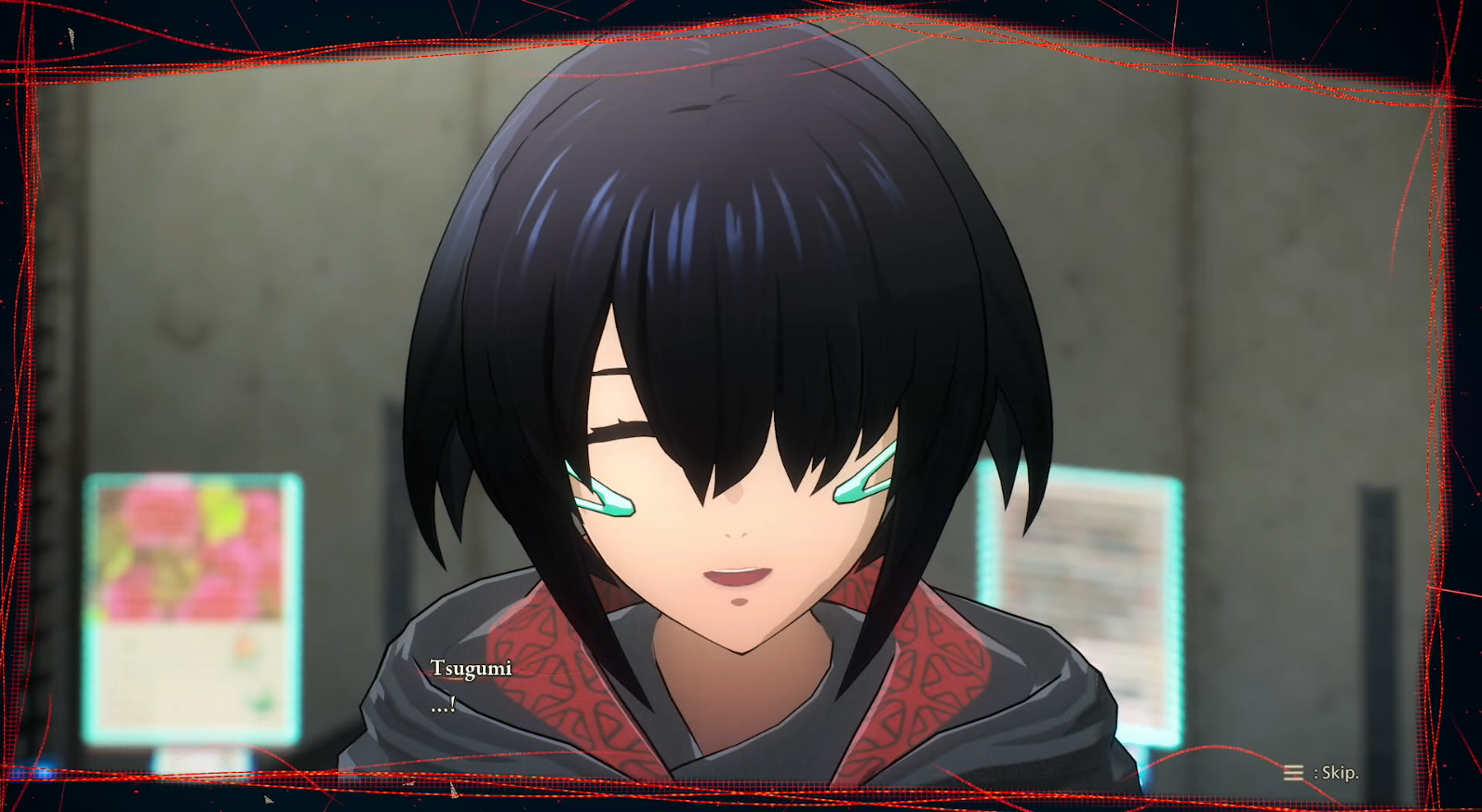 But how’s the actual combat, you may ask? Well, it’s real-time, it’s got a lot of hack-and-slash action elements, and the controls are spot-on and great. Your attacks come out fast and can be cancelled, barring a few exceptions. Your psychokinesis powers let you use environmental hazards and objects to smash and weaken foes; at most times you’ll need to use the biggest object to stand a chance against the bigger Others monsters.

You start off weak like in any JRPG, but as you progress and level up, you gain skill points that you can allocate to abilities in your Brain Map (the game’s skill tree). They’re all useful abilities, from double jumps and air evades/attacks to getting psychokinesis meter. Heck, you can even go into two different powered-up states: Brain Drive and Brain Field. Brain Drive activates whenever you fill up the meter through offensive actions and getting hit: you go in a slightly powered-up state that makes you attack faster and stronger.

Brain Field makes you even more strong and amplifies your psychokinesis powers further, using objects as regular attacks. The catch? If you don’t quit Brain Field before the timer runs out, you die. The fights in Scarlet Nexus can get hectic, fast, and dangerous especially with multiple enemies. I feel that the tools here are more than enough to solve most of your action RPG problems. I usually like to go 50/50 with my offense and defense; your mileage may vary, but the powers given here and the combat mechanics make for a smooth and challenging experience.

Pretty soon, you’ll feel damn good just dealing with Others in multiple arenas of combat. Heck, there’s even a segment where you can use a giant grill to surf through bad guys.

The game’s dungeons also feature a few puzzles here and there like using teleportation through special gates or using electricity to open areas, but it’s simple stuff as the focus is on the awesome and frenetic combat.

Glitches In The Nexus 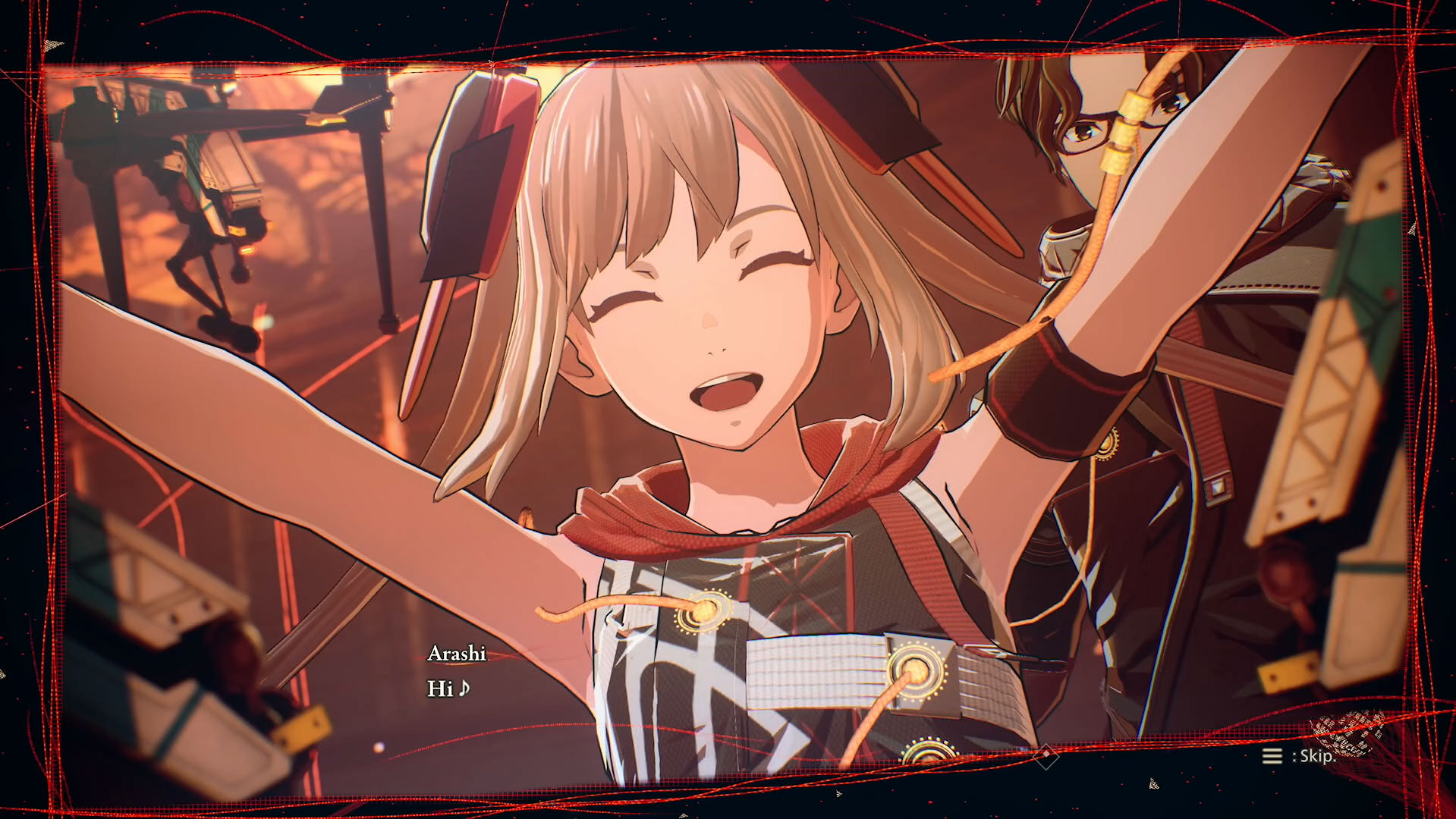 Having said that, I do wish there’s a way to slow down time whenever you’re manually targeting enemies. There are fights where I lost because I didn’t switch targets fast enough. The game can get absurdly fast to the point where you end up dead because you weren’t quick on the targeting draw. My only advice for these common story combat situations is (i) turn off auto-targeting for this moment, (ii) have your teammates attack the same target, and (iii) go for the enemy who has the most annoying power-up first.

My other issues in the game include the “repetition” you’ll have to go through when you play the other character’s scenario. Honestly, I feel that your first playthrough explains some of the game and story’s concepts just fine, though playing the other scenario will fill up that story void. Both Yuito and Kasane’s scenarios are worth playing through one after the other; I do suggest taking a break after finishing 30+ hours of the first protagonist before attempting the other.

On the plus side, you can use New Game+ and carry over your character’s levels so you can blaze through the gameplay on the other scenario. You can choose to start over as level 1 but keep all your other progress and items from the previous playthrough, but unless you have some misguided hardcore gamer code to play the game fresh, I don’t recommend this. If I’m being frank, my 30+ hours completing the game the first time is proof that I’ve already learned a lot gameplay-wise.

There’s also the “Muffin Man” English dialogue syndrome where phrases get repeated frequently in the majority of the dialogue, like as if it’s literally translated into English from the Japanese script and the localization wasn’t thorough. This is just bordering on petty nitpicking, but it does bear mentioning as it’s a usual suspect in most anime and anime games in general.

Simply put, Scarlet Nexus is a lovely addition and a great new start to a potentially lucrative anime RPG vehicle under the Bandai Namco gravy train. Book us a first-class train seat for a trip to this particular nexus. This sci-fi anime-laced RPG odyssey is a triumph.

Feature
Halo Infinite Easter Egg Guide: How To Find The Best Ones

Halo Infinite's Zeta Halo open-world map is a playground of combat (evolved) and destruction thanks to the signature first-person gunplay and its grap...