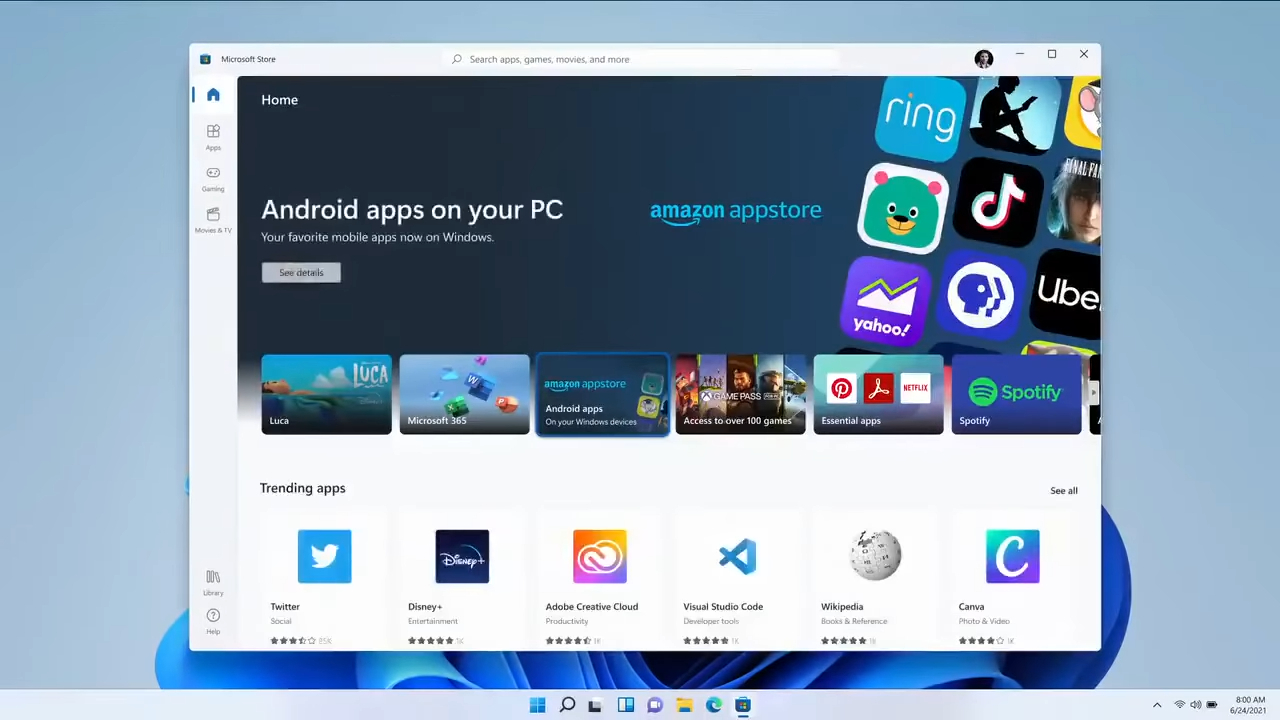 Starting with Windows 11, PC users will no longer have to rely on shoddy third-party apps to download and use Android apps. Instead, with the upcoming new OS from Microsoft, you’ll be able to run Android apps natively on your PC via Windows 11.

According to Microsoft Windows head Panos Panay, Android apps will be available to download from the Microsoft Store via an integrated version of the Amazon Appstore. After being installed, Android apps will run on Windows 11, as well as utilize features on the OS like the new Snap Layouts, which will allow the apps simultaneously with other Windows apps on the same screen.

Currently, PC users require third-party emulators like BlueStacks to download and run Android apps. However, with Windows 11, users will soon be able to download and use Android apps easily on PC, which will be a game-changer for sure. Best of all, Windows 11 will be a free upgrade for current users of Windows 10 if their PC meets the system requirements (you can check if your PC is up to snuff by downloading the PC Health Check app available here).

The New Black Widow Gets The Hot Toys Treatment

The ePremier League Returns In 2021, Clubs Looking For Players