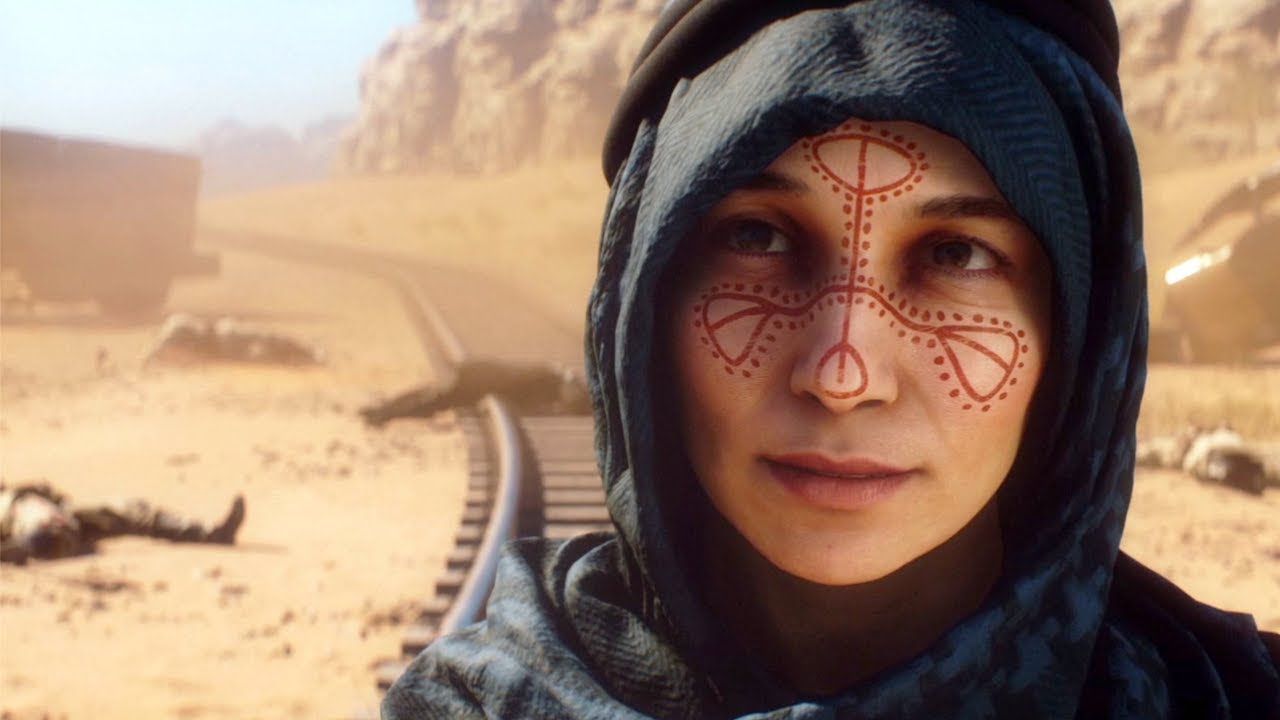 It’s that time of the year again, as more than 1.5 billion Muslims around the world celebrate Eid Al-Fitr, or commonly known as Hari Raya in Malaysia/Indonesia. It marks the end of the Islamic holy month of Ramadan when Muslims fast for a period of one month.

To commemorate this occasion of blessings and happiness, let’s celebrate the representations of various Muslim characters in video games. While many Muslim characters in games tend to accentuate certain negative stereotypes, these are several that buck the trend and show that Muslims can be portrayed in a positive (or neutral) light.

Battlefield 1 was unique amongst most FPS titles in that it featured World War 1 as its primary setting, as well as a campaign that focused on different protagonists from various fronts of the war. One of those War Stories starred a female Muslim protagonist of Arab Bedouin ethnicity named Zara Ghufran, who participated in the Arab Revolt against the Ottoman Empire.

The story was ground-breaking, portraying a strong female Muslim in a leading role. She works alongside T.E. Lawrence AKA Lawrence of Arabia (you know, from that classic 1962 movie). In the game, she’s instrumental in destroying the Armored Train Canavar and weakening the Ottoman’s foothold in Saudi Arabia.

There have already been 11 mainline (and many spinoffs) Assassin’s Creed titles in the franchise so far. However, the star of the original 2007 game remains a fan-favourite, arguably second only to the more popular Ezio Auditore da Firenze.

Although Altair never explicitly professed to be Muslim in any of the games throughout the series, he was born to a Syrian-Muslim father and a Christian mother. It is highly likely that he would follow his father’s faith as is the usual custom during that time in history.

Altair was an Assassin who accomplished many feats, helping lead the Assassins Order to greater heights as Mentor and his Codex being extremely helpful to Ezio many years later in locating the Apple of Eden artifact.

Assassin’s Creed Chronicles India is one of three spinoff games in the franchise so far, each focusing on a unique time and place not explored in the mainline titles. In this case, we get a glimpse of what an assassin’s life is in India.

Arbaaz Mir is a Kashmiri Master Assassin of the Indian Brotherhood of Assassins in Amritsar, India. His family was one of many who were murdered by the invading Sikh Empire. He was responsible for bringing the Koh-i-Noor artifact into the possession of the Assassins.

He was also notable for being the only known Assassin who could wield a Hidden Blade capable of dividing itself into three separate blades.

Shaheen is a new fighter in the iconic fighting game franchise, having only been recently introduced in 2017’s Tekken 7. He hails from Saudi Arabia, wears the traditional Arab headwear keffiyeh and subscribes to the Military Fighting Style, a highly acrobatic technique that includes somersaults, slides, and kicks.

His name ‘Shaheen’ means ‘royal white Falcon or Hawk’. Before even featuring the character in the game, Tekken producer Katsuhiro Harada asked Muslim players for feedback if they deemed Shaheen to be offensive in any way. He was received favourably but some called out the character for being too flashy and similar to Altair from the Assassin’s Creed franchise (see above).

Of course, that didn’t stop the Tekken community from labeling him as one of the game’s top tier characters, with good buttons and strings to keep the offensive pressure on a high. Just ask pros like Korea’s Lowhigh and The Philippines’ AK.

Capcom also has its own Muslim fighting game character in Rashid, who (just like Tekken 7‘s Shaheen) is a relatively new character first appearing in 2016’s Street Fighter V. It is unknown from which Middle Eastern country he originates from, but he is very likely of Arab descent.

Rashid utilizes his own unique fighting style derived from parkour and his ability to control winds, combining acrobatic kicks with searing tornadoes. He also wears a traditional Arab keffiyeh, as well as a modern high-tech eyepiece on his left eye (due to his affinity for the latest technology).

He also has his own theme song that chants his name, and that is all kinds of awesome. We figured this is a fitting way to highlight one of Street Fighter V’s most over-powered characters used by pros like OilKing and Gachikun.

Saladin is one of the most celebrated figures in Islamic history, best known for his incredible chivalry and sense of honour displayed during the Crusades. He has been a mainstay faction character in the iconic strategy game franchise, appearing in 1996’s Civilization 2, 2005’s Civilization 4 and most recently, 2016’s Civilization 6.

In Civilization 6, Saladin leads the Arabian faction, with his leader bonus “Righteousness of the Faith” providing bonuses for Faith, Science, and Culture. He even speaks Arabic in the game.

This might be the weirdest and least-known game in this list. For all intents and purposes, Unearthed: Trail Of Ibn Battuta is essentially an unabashedly shameless clone of Naughty Dog’s infinitely better Uncharted franchise.

Developed by Saudia Arabian developer Semaphore, the first and only episode of the game to be released follows Arab fortune hunter Faris Jawad and his archaeologist sister Dania on the trail of the famous explorer Ibn Battuta.

Despite being almost universally panned by critics (including a 3/10 rating by IGN Middle East), the developer has since announced a sequel titled Al Rekaz, which will reportedly be developed with Unreal Engine 4.

The game is only RM12.50 on Steam, so grab it if you want a clunkily hilarious ripoff of Uncharted with broken mechanics and ridiculous story. It’s only worth it for the LOLs, though. Check out Dunkey’s ‘review’ of it below, if you don’t believe me.

A sausagefest-filled game like Call of Duty really needed more of a diverse cast of badass soldiers that isn’t distinguishable by the length of their sideburns and mustaches. So it’s good to know that the rebooted Call of Duty: Modern Warfare game in 2019 has an ass-kicker in the form of Farah Ahmed Karim.

She had a rough war-torn childhood and had bad waterboarding experiences as a freedom fighter, but that didn’t stop her from being a dominant part of the new Modern Warfare’s action-charged storyline. Without her, Modern Warfare’s Captain Price and his team would have a helluva tough time with the game’s intense “black operation”.

Layla Hassan is a half-Egyptian woman who is good with computers and is a key person in running the AC Animus machine. You know, the major tech item needed to play the main characters in all the recent action-RPG AC games. She’s reluctant to being the game’s hero, but she takes up the mantle and cements her place as being important in the Brotherhood, taking control of her own cell within a year.

Without her, we won’t be able to see through the adventures of Bayek, Kassandra, and Eivor from start to finish. It’s also cool that she uses her Animus knowledge and skills, putting them to good news when she’s not jacked in.

One of our favourite moms in video games also happens to be Muslim. Who knew?

Ana Amari, the mother of rocket queen Pharah, is a really awesome and versatile character in Overwatch’s roster, being able to heal and also give major support to her comrades by way of a Nano Boost ultimate to using “sleep darts” on her enemies. She’s quite the mother hen of the group she’s with, based on the dialogue that crops up before the start of the match.

Abia hails from a faraway country and escapes to Huniepop 2’s resort island to work in airport security because of the perks of the job. She’s a friendly and accommodating hijab-wearing character whom the main character can befriend.

She also has a very thorough hobby (which unfortunately becomes an addiction she’s attempting to curb) that gives her a lot of exercise, and is appreciative of the new friends she meets on the island. Despite the context of the game, Abia has the qualities of a good friend and wholesome woman.

In the meantime, Selamat Hari Raya and Eid Mubarak to all our Muslim readers!

Driveclub Servers Will Shut Down In 2020