Cris Tales Guide: How To Survive This JRPG Tribute

Indie RPG Cris Tales is out right now for PC, Nintendo Switch, Xbox One and PS4. It’s as old school as they come, albeit with a lovely coat of 2D paint and a turn-based combat system that requires some timed button presses and past/present/future manipulation.

Here are some tips to help you out in this indie JRPG.

You can enhance your blocks and attacks by precisely timing a button press. The screen will darken to show you the right timing. If you played games like the Mario & Luigi RPGs on Nintendo consoles, you’ll do fine here once you get the timings down pat.

Play around with combinations of status effects and time powers. For example, normally a burn status will deal some minor damage each turn to an enemy. However, if you throw that enemy into the future, they will take all the burn damage they would have accumulated over time all at once, dealing
large burst damage.

Willhelm’s plant Yucandra skill may not do much in the present, but you can accelerate the plant’s growth by casting the Future Crystal spell on it. Or use the Past Crystal spell first, then cast the plant skill, and then break the Past Crystal Shard. These techniques will immediately activate the Yucandra’s AoE abilities, be it poison, healing, or explosions. 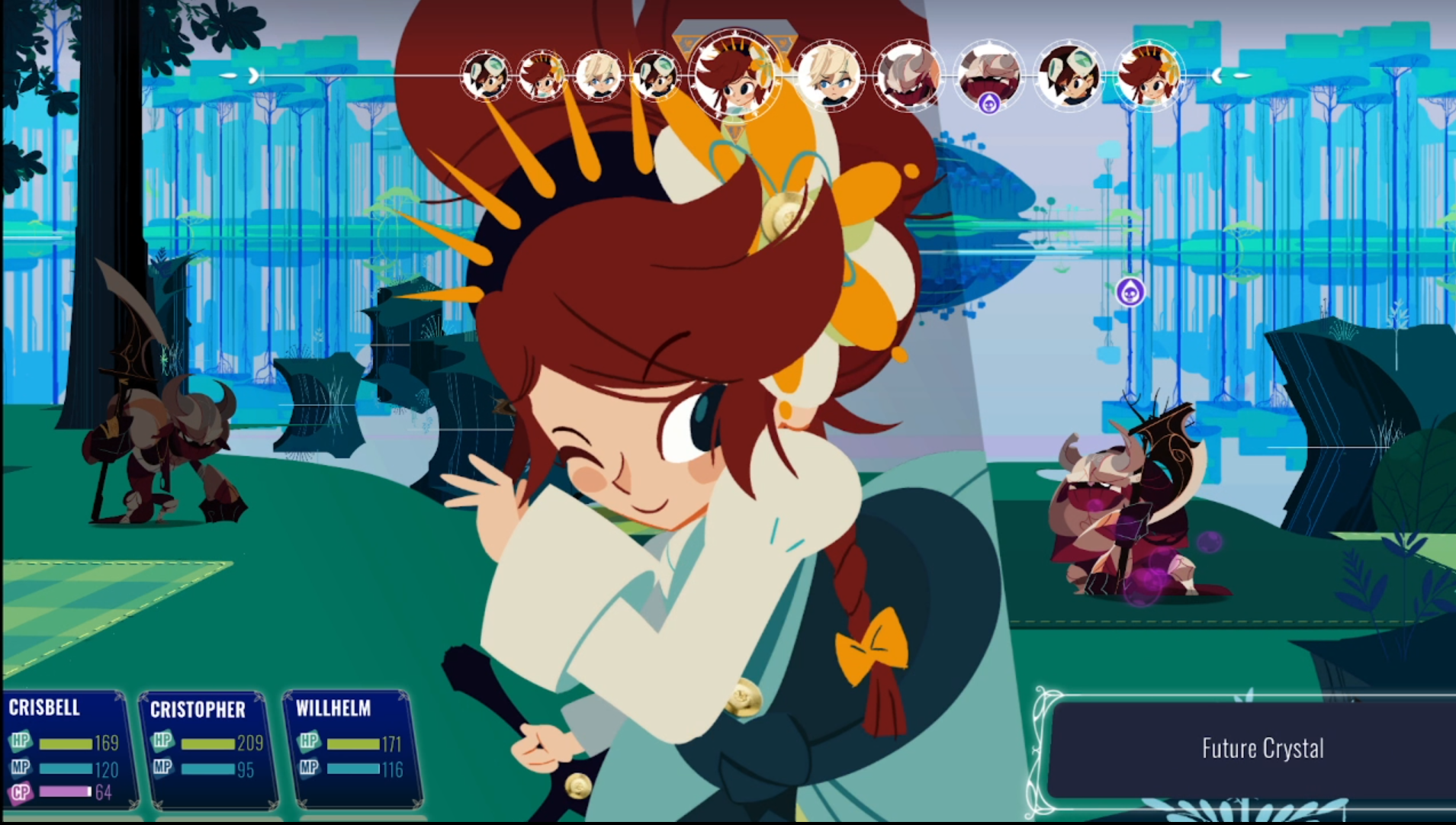 Enemies might get stronger or weaker depending on if they are thrown into the past, present or future. Combine these with status effects from magic attacks to make the most of these weaknesses. For example, if you cast poison on an enemy (Wilheim’s Poison Yucandra skills), you can use Crisbelle’s Future Crystal spell to instant-kill that same enemy, since it accelerates the poison’s damage-over-time effect to the max. Conversely, you can weaken some enemies to their “infant” state by using the Past Crystal spell on them.

Use Regression & Speed Up

Crisbellâ€™s regression spell can be used to remove harmful status effects. This will be crucial to surviving some of the more lengthy and dangerous encounters. Crisbell’s Speed Up magic is also helpful in making one of your party members take more turns than usual. So if you want a spell-casting powerhouse like Cristopher cast a few paralyzing Lightning spells in a row, buff him with Speed Up ASAP.

Use The Hint Button

You will get lost in Cris Tales’ lush artwork, and the game doesn’t really give you much of a map. Use the hint button, quest journal, and character dialogue to guide you to your next destination. 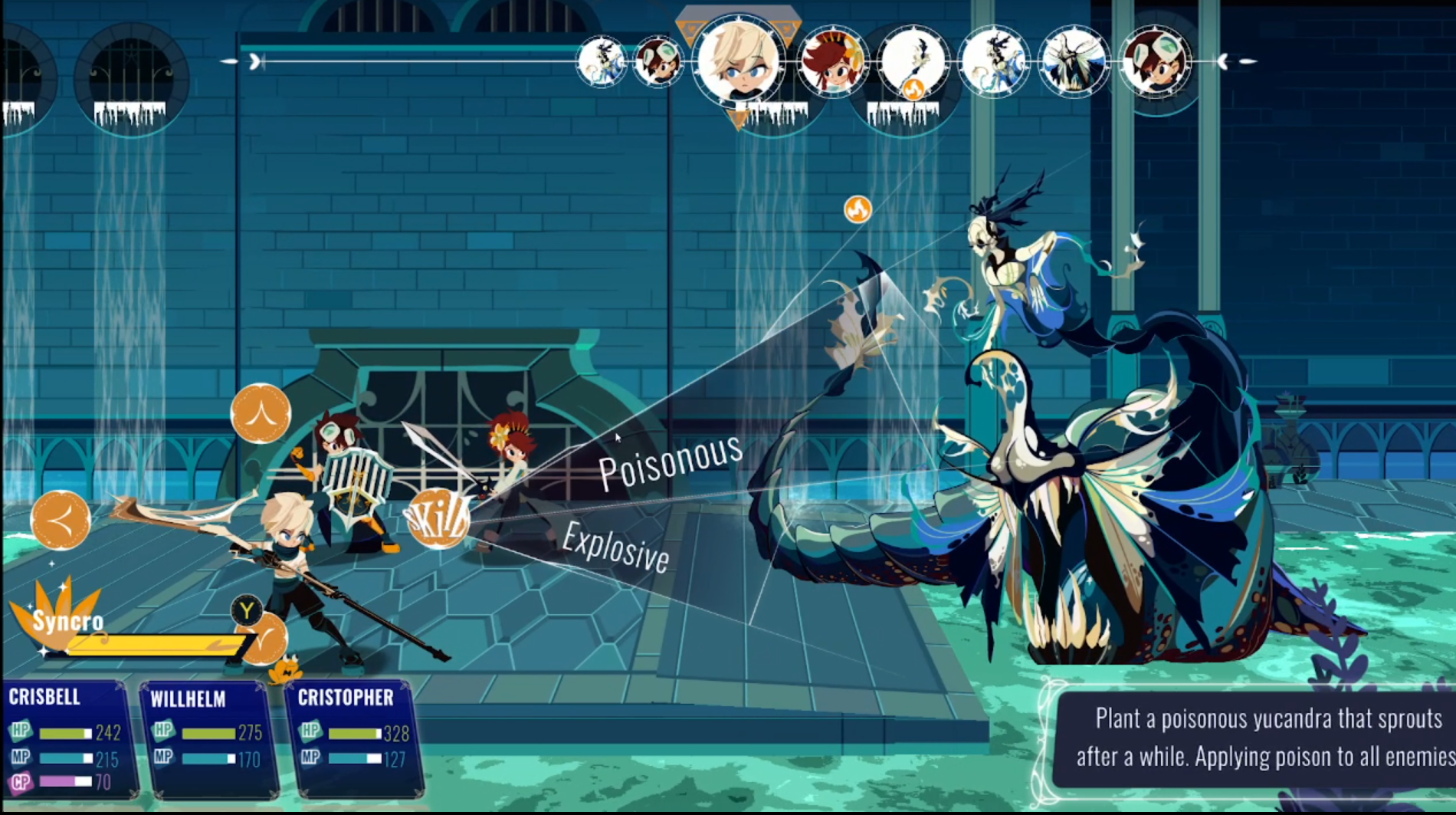 Stock Up & Visit The Innkeeper

Before you start a main story quest or explore a dungeon, buy potions and status effect curatives. Cris Tales is pretty old school with its approach at times; while it warns you about an oncoming big boss or story shifts that will block off remaining incomplete sidequests, you still need to prep on your own. There will be times where you need antidotes to cure poison, since the effect lingers even after combat.

Also, do rest at an inn when you can. They’re cheap and won’t cost much. Tents that you use in dungeon save points will cost quite a bit here, so saving money helps.

We’re not sure why, but Cris Tales’ map locations do not have names on them, and dungeons don’t have their own mini-maps. While the latter is basically-designed, you may want to bring up a pen and notebook to jot some things down, or use a good ol’ word processor open next to the game.

News
Dead or Alive 6 Delayed, But Not For Long

Developer Team Ninja and publisher Koei Tecmo have announced that Dead or Alive 6 will be delayed from its initial release date of 15 February 2019 to...