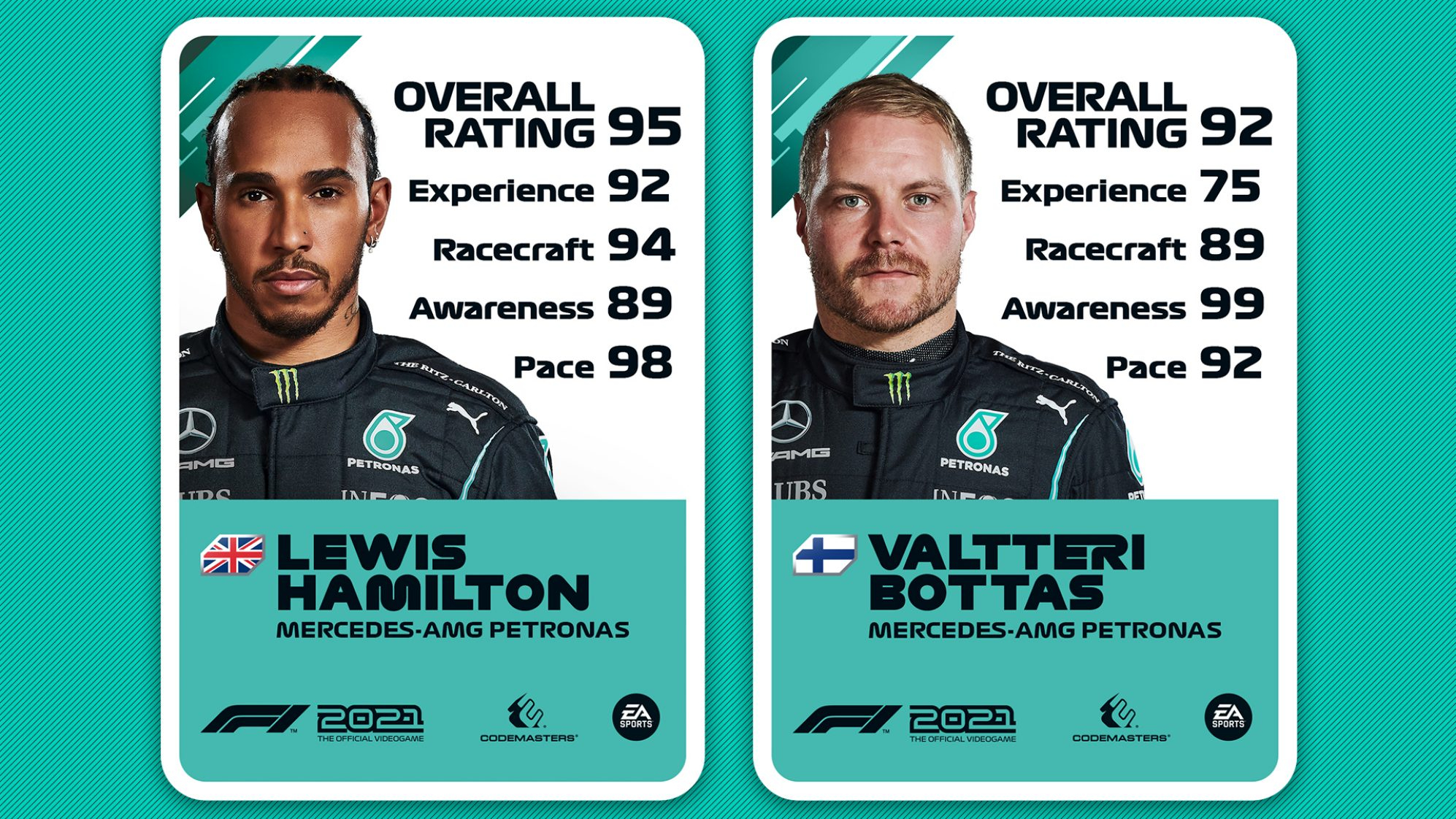 Codemasters has announced the driver ratings for their upcoming F1 2021 game.

The ratings were calculated according to five real-world metrics:

1. ExperienceÂ – Based on the number of races a driver has competed in during their career

2. RacecraftÂ – Based on positions gained or lost in a race, compared to the average for a given grid slot

3. AwarenessÂ – A measure of the driverâ€™s ability to avoid incidents and penalties in a race

4. PaceÂ – A measure of a driverâ€™s best lap times â€“ the closer they are to the fastest lap in a race, the higher the score

5. OverallÂ – Which takes into account all of the above, calculated with a weighted average

For instance, seven-time world champion Lewis Hamilton and his 2021 title rival Max Verstappen are both an incredible 95.

Check out the cards below:

Looks like Max Verstappen and Lewis Hamilton come out on top this season. F1 2021Â for PS5, Xbox Series X/S, PS4, Xbox One, and PC (Steam) will launch on 16 July 2021. AÂ Digital Deluxe EditionÂ is also coming earlier on 13 July 2021 with additional drivers.

Forza Horizon 4 Is Finally On Steam