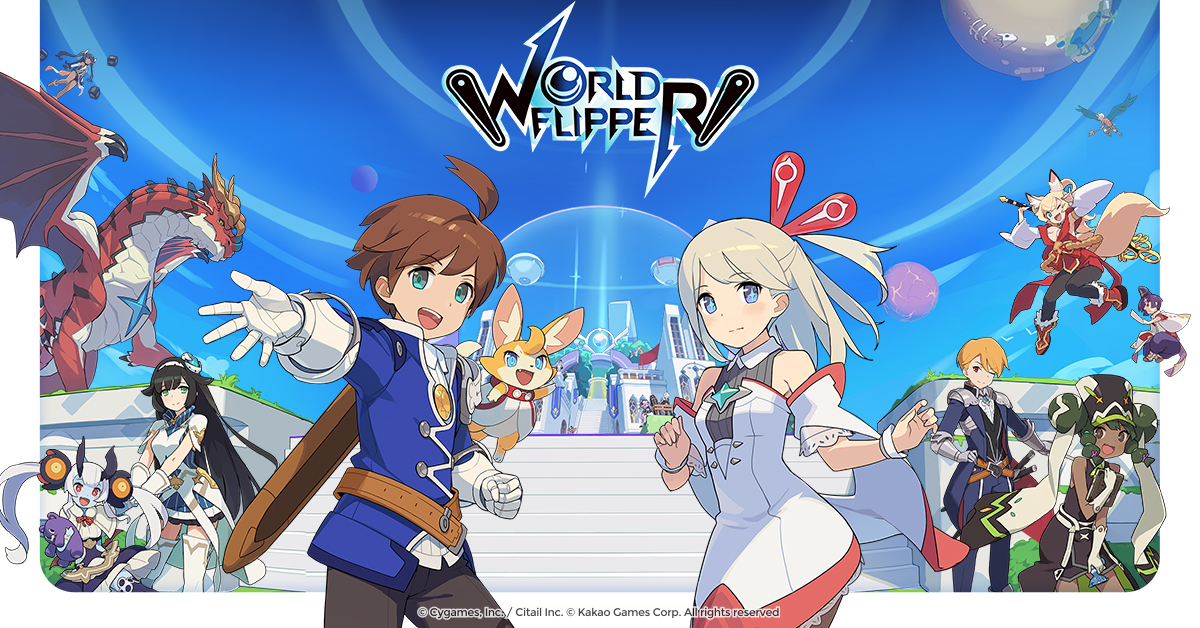 If you feel like your mobile RPGs need more balls flying around, you may want to check out this new English-localized shindig called World Flipper.

Published by Kakao Games and Cygames, World Flipper is a 2D mobile RPG that uses pinball mechanics for its combat and gameplay segments. You form a party of heroes and fight minions and bosses using a pinball and two flippers, hitting the ball to strike enemies with the power of physics. To make it interesting (and easier), each hero can power up the ball to do awesome RPG spells and super attacks.

If this sounds like your jam, you can pre-register on the official English website here. You’ll get bonuses like in-game currency (Lodestar Beads) and a 4-star unit Arisa (from Shadowverse). The game will be out this 11th August.

We tried out World Flipper in Japanese a year or so ago; it’s pretty fun for a while with some neat pinball action and RPG mechanics for that short burst of entertainment. It did come across a bit of a nerfing kerfuffle (with a character named Philia) that earned it a ton of negative reviews in its home country. Let’s hope Cygames learned from that incident.

Check out the trailer and horizontal screenshots below.

Forget Cyberpunk 2077; Drawn To Life: Two Realms Might Be This Year's Most Hardcore Title