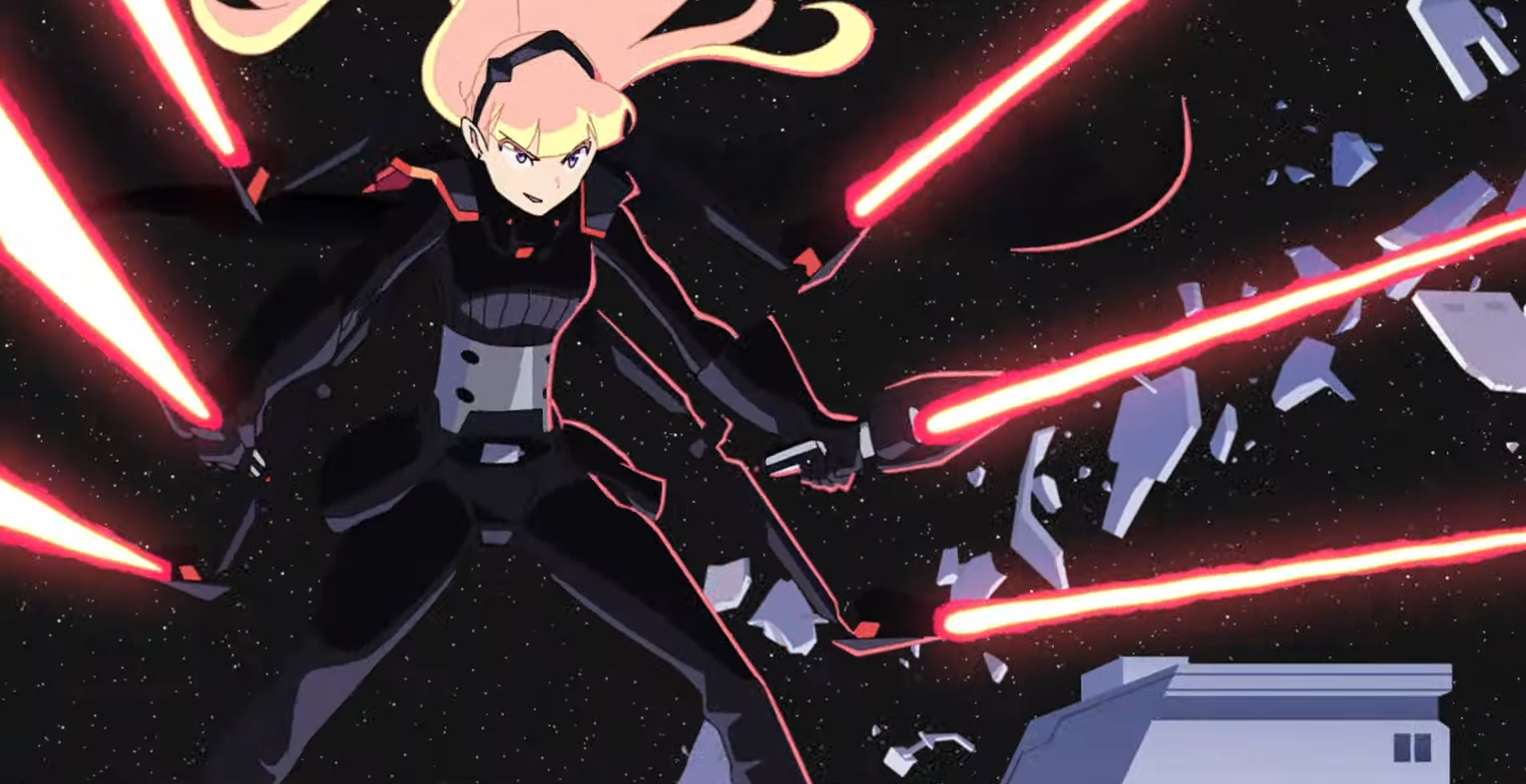 It seems like the Star Wars non-theatrical film vehicles and spin-offs are doing a better job at capturing the essence of pulp action sci-fi battles & narratives than the recent trilogy. Star Wars: Visions continues that upward trend but in anime form.

Disney just released the official trailer: close to 2 minutes of gorgeousness from the likes of Kamikaze Douga, Geno Studio, Trigger, and Production IG. Just look at it in motion; there’s a JP dub trailer and an English dub trailer in case you prefer one over the other.

It’s beautiful, whether you love Star Wars, anime, or both. There are nods to Kurosawa film grain standoffs, Trigger’s brand of OTT colour palettes and kinetic action, Boba Fett, a recreation of the Endor speedbike chase sequence, pod racing, and Jedi/Sith powers.

Phew, that’s a lot to take in. Star Wars: Visions will be out on 22nd September on Disney Plus. In the meantime, enjoy these trailer screencaps & GIFs I took.

BlazBlue Is Turning Into A Mobile RPG Gacha Game...