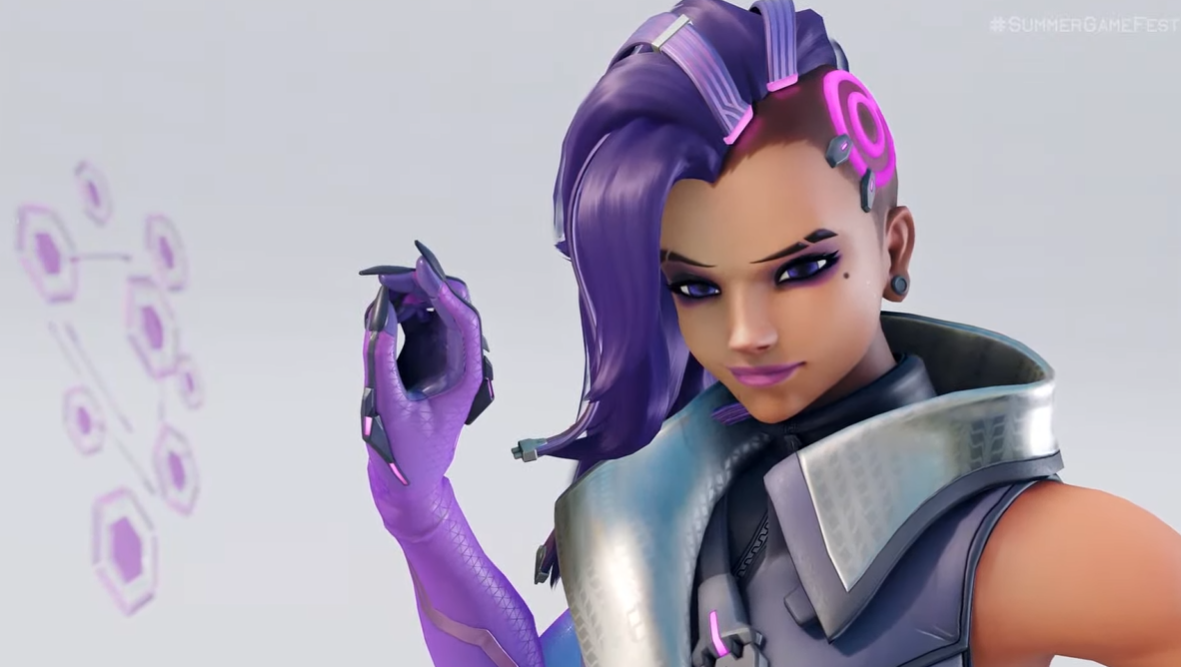 We got a peek at Sombra’s new outfit a few months ago, but now we get to see her new kit.

The big goal for Sombra in part 2 is reducing her crowd control effects and increasing her potential damage. Her key ability, Hack, now lasts eight seconds and comes with a reduced three-second cooldown. However, it comes in two flavours: Hack takes away hero abilities for a full second, with the other seven seconds showing the target hero’s location for Sombra & her teams. They’re also vulnerable to 50 percent extra damage from Sombra. Plus, Sombra can hack while in Stealth mode.

Her EMP Ultimate will now deal damage to enemies equivalent to 40% of their current health and hack them. Enemy shields will not be removed though.

All new ability updates for Sombra coming to Overwatch 2. pic.twitter.com/Z678niEUb5

Bastion’s Self-Repair skill is now removed. However, he has a new ability called Tactical Grenade, which is a projectile that bounces off walls and sticks to players to deal large amounts of damage. His primary weapon no longer has spread but has a reduced rate of fire; think burst-fire rifle.

How is his Sentry/Turret mode this time? Bastion can now slowly move around the map in this form instead of staying in one place. This mode has a cooldown now, though.

His new Ultimate is now called Artillery Strike and lets players select three areas on the map where rockets will rain down from above. Air Strike, basically.

When is Overwatch 2 coming out?

Goodman and game director Aaron Keller did not mention any release date or year, but stated that playtests were ongoing and doing well.