Update [7 September, 2021]: Tripwire Interactive President John Gibson is stepping down from the company. He will be replaced by interim CEO Alan Wilson. The company has issued a full statement regarding Gibson’s pro-life comment.

The comments given by John Gibson are of his own opinion, and do not reflect those of Tripwire Interactive as a company. His comments disregarded the values of our whole team, our partners and much of our broader community. Our leadership team at Tripwire are deeply sorry and are unified in our commitment to take swift action and to foster a more positive environment.

Effective immediately, John Gibson has stepped down as CEO of Tripwire Interactive. Co-founding member and current Vice President, Alan Wilson, will take over as interim CEO. Alan has been with the company since its formation in 2005 and is an active lead in both the studioâ€™s business and developmental affairs. Alan will work with the rest of the Tripwire leadership team to take steps with employees and partners to address their concerns including executing a company-wide town hall meeting and promoting open dialogue with Tripwire leadership and all employees. His understanding of both the companyâ€™s culture and the creative vision of our games will carry the team through this transition, with full support from the other Tripwire leaders.

It’s not every day that the political decisions and leanings of a video game industry leader gets criticized heavily on Twitter. Oh wait, this is 2021: it does happen every month or two.

Tripwire Interactive president John Gibson, a company known for the Killing Floor series and Maneater games, recently showed support for the US Supreme Court’s recent decision to affirm the Texas law that bans abortion for babies after the sixth week of pregnancy. This basically makes him a pro-life game developer on record and also in support of a law that prohibits abortion at a point when many women do not even realize they are pregnant. The Texas law also offers a US$10,000 bounty to any citizen who sues someone performing abortions or assisting with the process.

For the record, 85% of abortions are obtained after six weeks of pregnancy; this could force many clinics in the state to close if the law fully passes.

Proud of #USSupremeCourt affirming the Texas law banning abortion for babies with a heartbeat. As an entertainer I don’t get political often. Yet with so many vocal peers on the other side of this issue, I felt it was important to go on the record as a pro-life game developer.

This has drawn a lot of ire from peers & the video gaming community, with many of them going so far as to boycott games made & published by Tripwire Interactive. 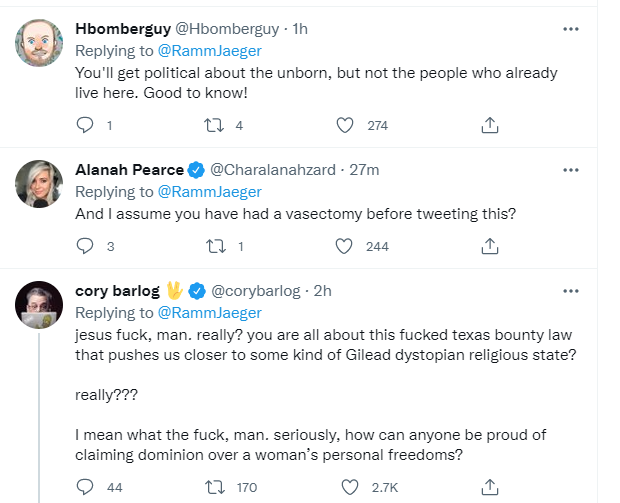 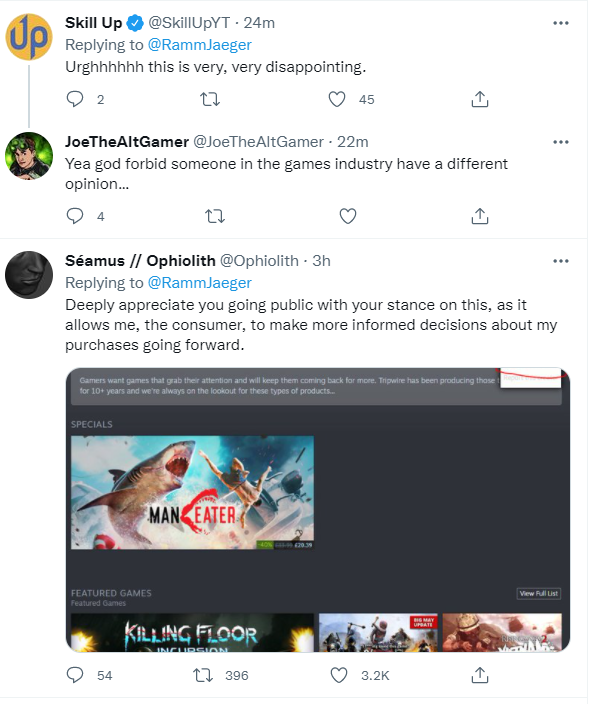 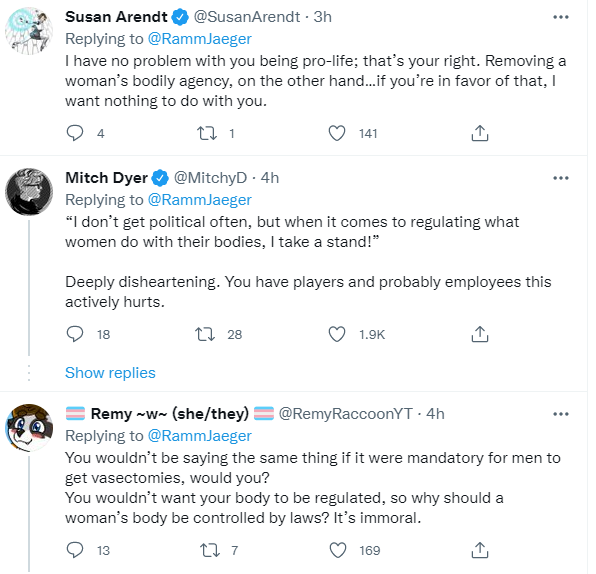 John Gibson has yet to make any other public statement prior to this tweet. On a related note, work-for-hire developer Shipwright Studios, who worked with Tripwire on Chivalry 2 and Maneater, states that it is cancelling all contracts with the company (via Jason Schreier).

Esports,News
The First Asian Games With Esports To Take Place In September 2023

The OCA (Olympic Council Of Asia) previously announced that the 19th Asian Games was postponed due to COVID-19, but now they have finally revealed the...

News
Win A Real-Life Platinum Trophy In This PlayStation Contest...

Sony Interactive Entertainment has launched the PlayStation Player Celebration in order to celebrate the more than 100 million players in the worldwid...

CD Projekt Red has announced that they will be fixing bugs and crashes on all versions of the game. The next patch will arrive in the next seven days...