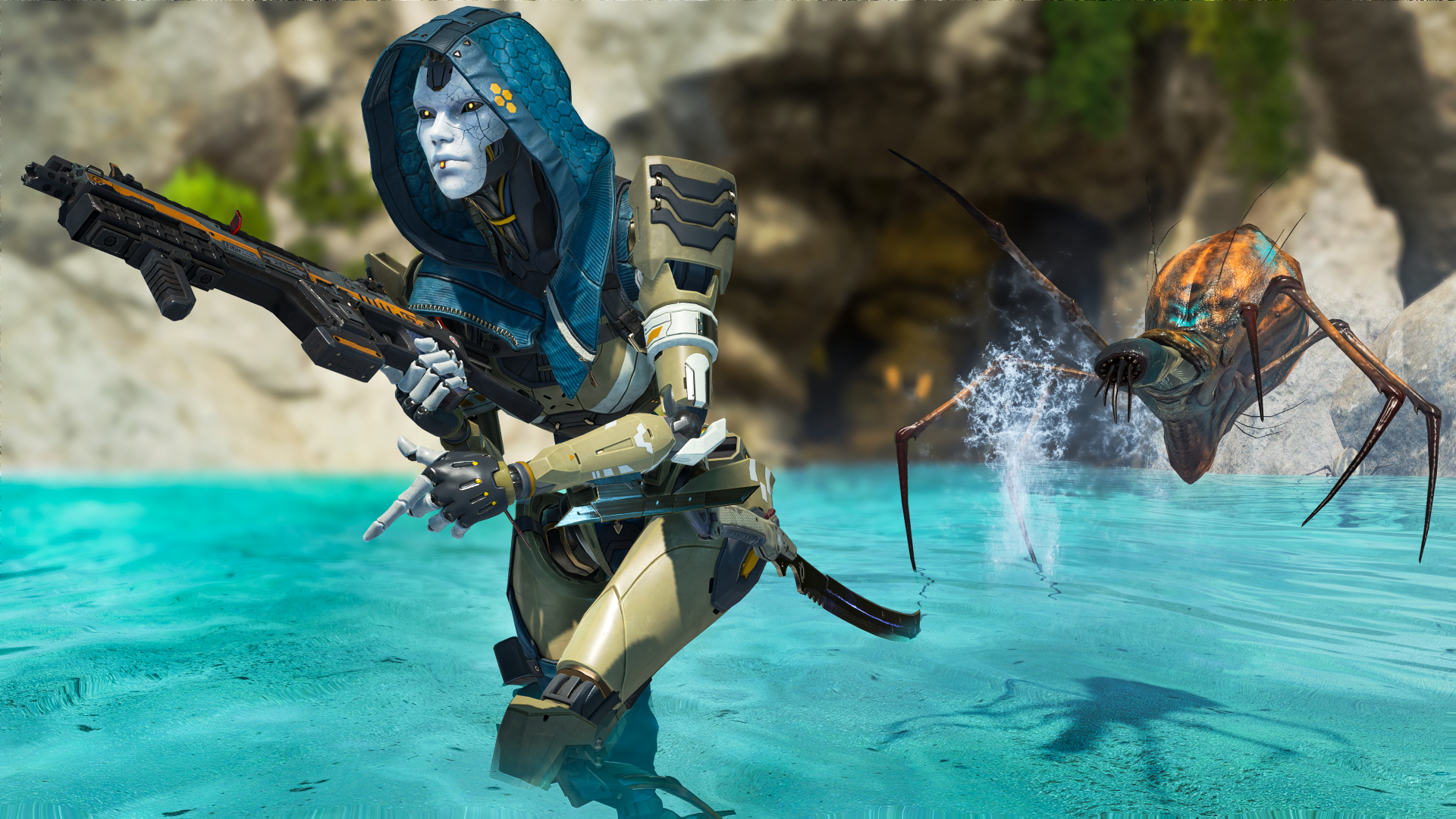 Apex Legends new season, Escape, will introduce the new Storm Point map, which is the fourth and biggest map yet for the battle royale game. A new gameplay trailer gives us a glimpse of the map, as well as the latest legend Ash in action and the return of a fan-favourite weapon from Titanfall 2,Â the C.A.R. SMG.

There will also be creatures like the following on the island:

Prowlers are aggressive creatures that hunt in packs, and can be found patrolling their Prowler Dens across Storm Point. If they spot you, theyâ€™ll be sure to warn that youâ€™re getting too close and arenâ€™t too friendly to uninvited guests. Keeping your distance leaves the option to engage in your hands. Watch out though, if you choose to engage, more will emerge from the Prowler Dens to defend their territory.

Prowlers aren’t the only things living on Storm Point. Spider eggs are scattered across the map. Causing damage to these eggs will disturb the spiders inside, hatching a swarm of critters that will happily have you for lunch.

These large arachnids are ranged, web-spitting enemies that choose to engage with their potential meals from afar before sinking their teeth into them. While squishier than prowlers, these enemies are quick and scurry around to reposition themselves frequently.

Look to the sky to reap the rewards carried by Flyers found soaring or preached high above. Flyers are spawned individually across the map and their positions are randomly selected from a predetermined list of possible spawn locations each match.

Below is a breakdown of just some of what players can expect when Apex Legends: Escape launches:

Apex Legends Escape also features a new Battle Pass offering limited skins and rewards that Legends can unlock by completing challenges and levelling up — along with a new Ranked Season.

Did Anyone Seriously Asked For A Vampire: The Masquerade Battle Royale?