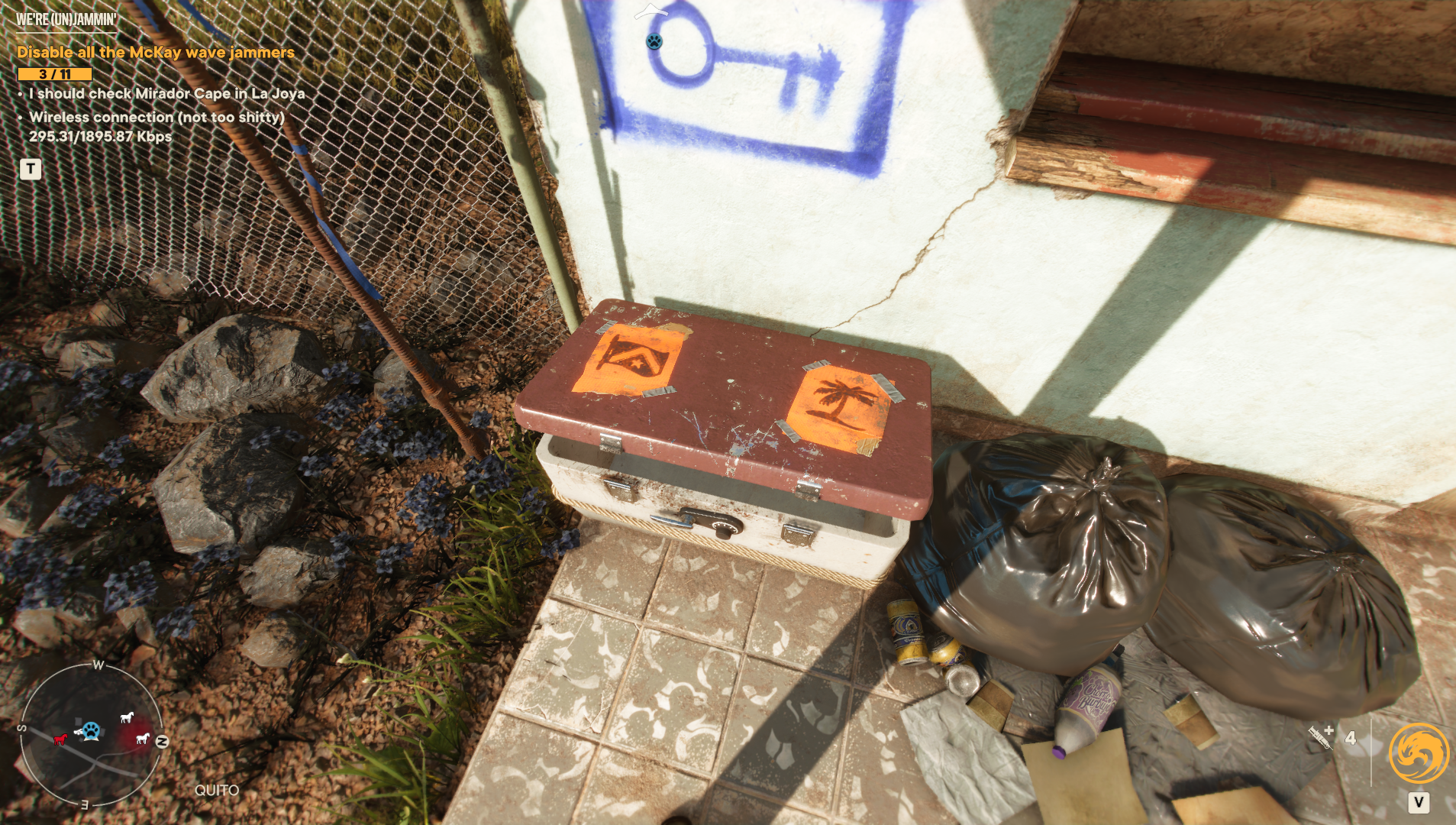 With 15 chests scattered all across Yara, that’s a lot of boxes to hunt down. Why go through the trouble, you may ask? These Criptograma chests contain the Mark II Rioter, Fuego, and Hazmat armour sets. Putting these on will help reduce all sorts of damage you’ll be receiving, making you die less or not at all if you’re planning full-on guerilla assaults.

How to find each and every one of the Criptograma chests

Location: North of Armonia on Isla Santuario. Remember the first town in the game where you met Juan? Head north from there. 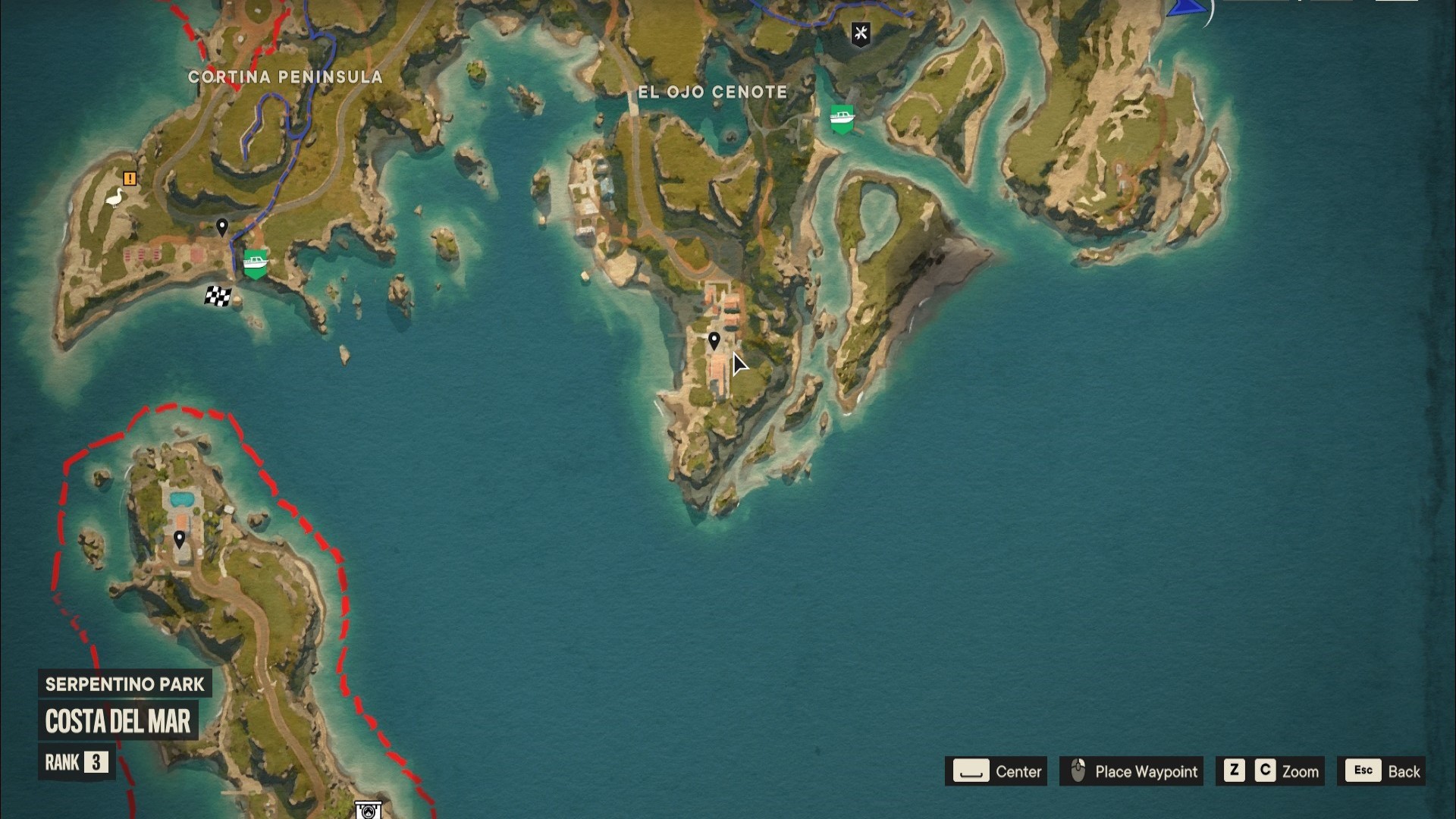 Location: The chest is on a small tower at El Dorado Cabins, on the south coast of Madrugada.

Chart Location: The #22 Dog chart is at the southernmost tip of the peninsula on the map. The #03 Pig is on a small islet to the southeast of the cabins. 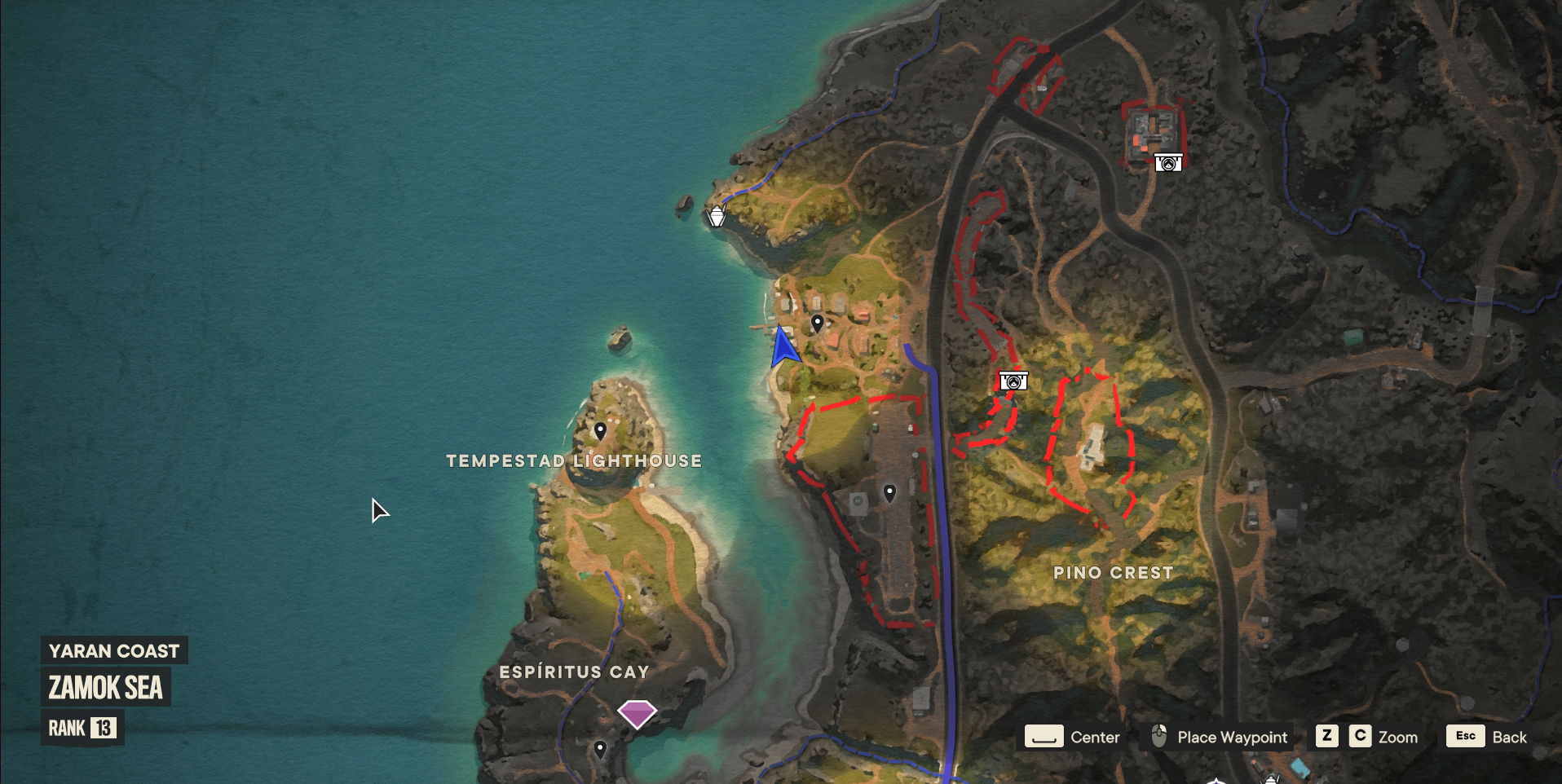 Location: On a pier in the small town of Poesia, in northwest Costa Del Mar.

Chart Location: The #25 Yara Libre chart is on the rock in the distance, directly ahead of the pier. The #10 Rooster chart is at a beach that’s south along the west coast of the small island. Use your grappling hook to climb up the grapple spot to find it.

Location: It’s at the pier of a coastal village in Aguas Lindas, north of Ida’s Refuge.

Chart Location:Â See the big island north of the coastal village? The #28 Yaran Queen Butterfly chart is on the southern cliff of that spot. After that, head east from the butterfly to the smaller island with the broken pier.

The #12 Shark chart is underwater; dive into the water by the pier. Head to the deepest plank you can see. Just watch out for sharks.

Location: The chest is on top of a billboard in north Verdera in the centre of Lozania.

Location: Head south of Feroza in Balaceras. The chest is in a fenced yard with shipping containers and dismantled cars.

Chart Location: The #04 Starfish chart is pinned below the steering wheel of the car directly at the end of the zipline. The #23 Libertad Emblem is in an open yellow container blocking the entrance.

Location: In a watchtower that’s northwest of Segunda in Cruz Del Salvador.

Location: At the base of a flooded tower, east of the big dam in Noventarmas.

Chart Location: The #26 Boxing Glove is in a smaller tower within the area filled with crocodiles. The #9 Tarantula is at the top of the flooded tower.

Location: Southeast of Ruben in Barrial.

Chart Location: The #20 Mamey Sapote chart is under a pier to the northeast. The #17 Coin is in a cave southeast from the chest around the cliffs. You’ll find a bunch of orange netting nearby; shoot the netting to open the entrance to the cave. 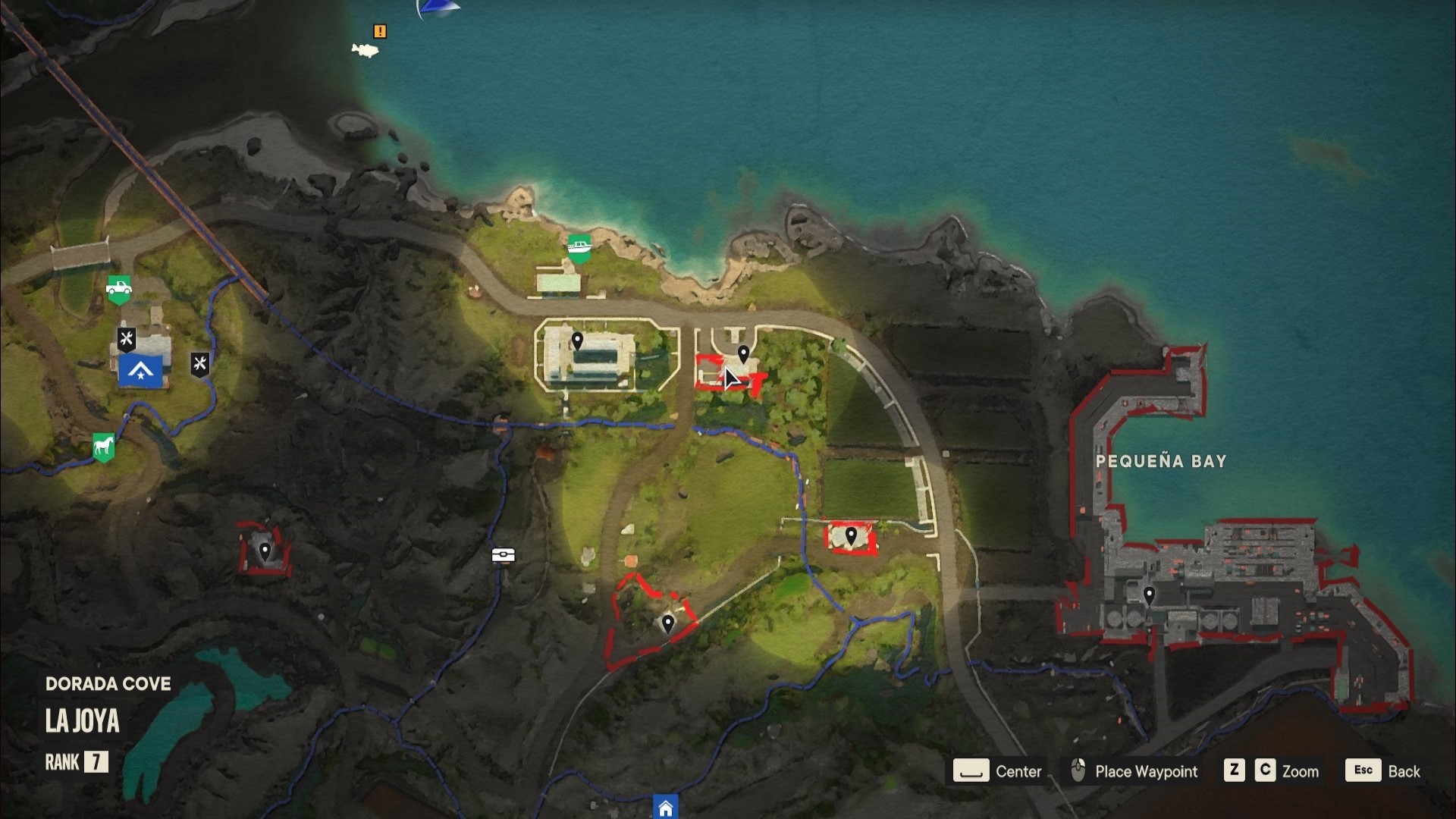 Location: On the roof of the People’s Pride Clinic in north La Joya; you’ve done a story mission in this area before.

Chart Location: The #18 Cigar is in a north apartment building roof within the clinic area. The #21 Croco Taxi is on the north building’s roof (by the water), right after finding the Cigar chart.

Location: On the pier of the fishing village Barriga in north Sierra Perdida.

Chart Location: The #14 Horse chart is in a boathouse with a broken pier that’s across the lake from the Barriga fishing village pier. The #30 Domino chart is in another boathouse at the western end of the lake.

Location: On a roof of a shack in Sierra Perdida, north of Savannah Fields.

Chart Location: The #07 El Crocodilo chart is in a southwest flooded shack. The #27 Tocororo chart is south of the chest in a low-walled open building.

Location: On a rooftop in northwest Concepcion in Conuco (the curfew city in the story).

Chart Location: The #24 Chalice is in a store north of the market square area. The #05 Machete chart is in the auto-shop with a unique weapon box that’s east of the store with the Chalice chart. 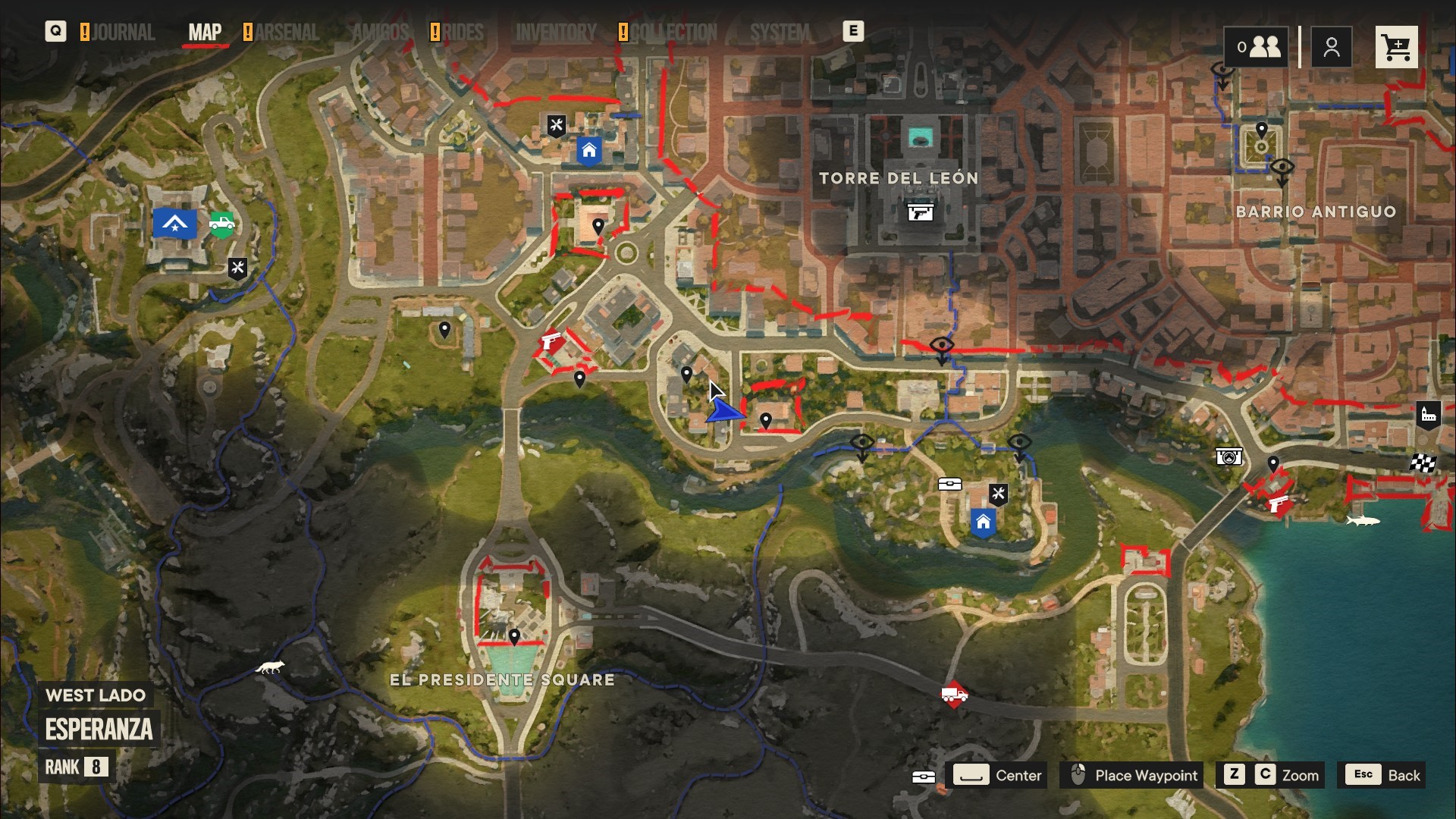 Location: At the southern outskirts of Esperanza at the Siete Pajaros Apartments. It’s northeast of El Presidente Square.

Chart Location: The #08 Car Clasico chart is up the roof of the apartments and south. The #15 El Flamenco is near a spot with a zipline leading to it, filled with vines.

News
Genshin Impact 2.3 Update Brings Our Heroes Back To Dragonspine

During Bethesda's E3 2019 press conference, the company unveiled what's in store for Year Two of the much-maligned Fallout 76, and it's all highly-ant...

Reviews
Horizon Forbidden West Could Be The Franchise's Empire Strikes Back