It’s only one more week until the live-action adaptation of the revered sci-fi space bounty hunter show Cowboy Bebop shows up on Netflix. The show stars a trio of mercenaries trying to get by -Spike Spiegel, Jet Black, and Faye Valentine- as trouble catches up with them.

Courtesy of Netflix Malaysia, we were lucky enough to participate in a roundtable interview with John Cho (who plays Spike Spiegel), Daniella Pineda (who plays Faye Valentine), and Mustafa Shakir (who plays Jet Black), asking them some fun & thought-provoking questions about what it’s like playing characters from an anime masterpiece. This interview has been edited for clarity.

In addition, we participated in a roundtable interview with Cowboy BebopÂ showrunner Andre Nemec, and ask him about what it was like to translate the anime into live-action. Check out that interview here. 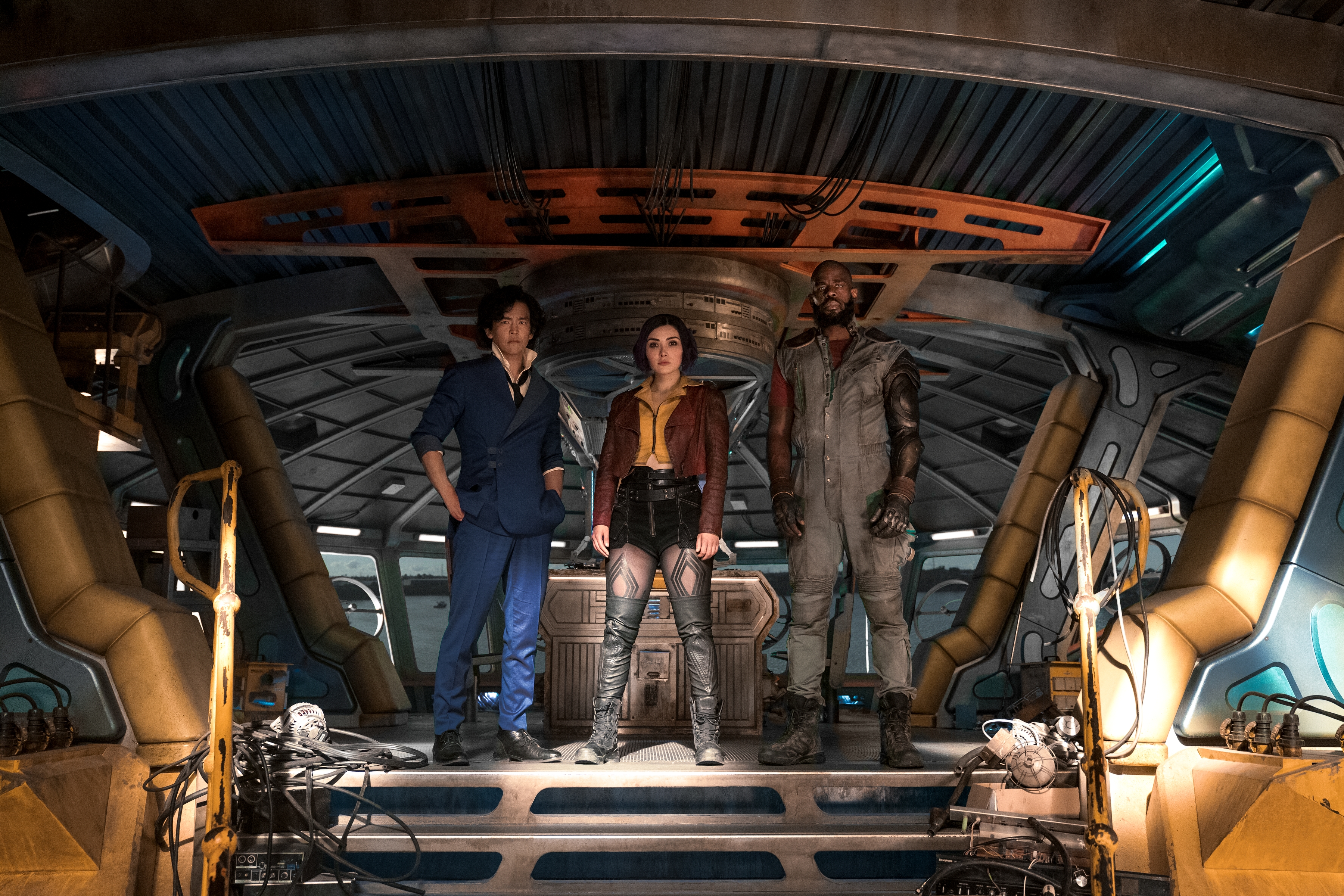 Did you watch the anime before getting cast in the role? What did you think of it?

Daniella Pineda: Mu (Mustafa Shakir) had watched the anime and was familiar with it. John and I both had not seen the anime. I’d heard of Cowboy Bebop but I had never watched it until the opportunity came to play Faye Valentine in which case I immersed myself in the anime and I was very, very struck by how contemporary and cinematic the anime was.

Mustafa Shakir: I loved it, by the way. (laughs)

John Cho: I had not seen the anime before the role came to me and I saw it and it was just really exciting. The opening sequence is enough to hook you and then you get into this world that’s completely original. As a movie lover, it was also such an interesting blend of so many types of genres and it was just really compelling and funny and romantic and daring.

Was it tough to maintain the hair and suit while filming?

John Cho: Yeah, we had different versions of the suit. We had to put padding in it if I was going to take a fall or something like that, and some stretchier fabric suits. But the hair, that was a constant issue. It was just a lot and it wanted to do its own thing. It would not listen to me. It was very disobedient.

Daniella Pineda: It was its first job.

John Cho: So, yeah, the hair was a struggle. 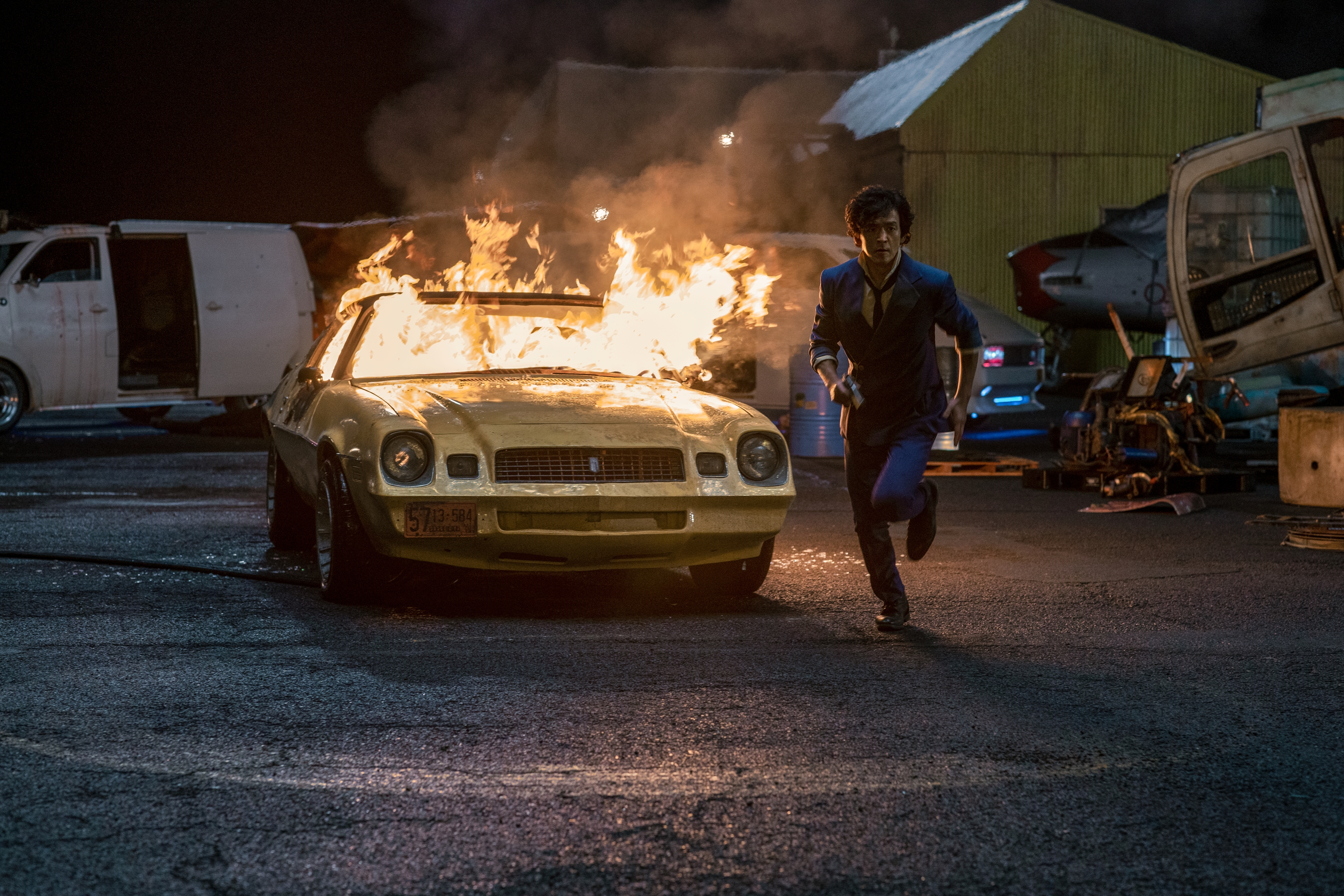 How did you develop and make these characters your own compared to the anime version?

John Cho: I hope it’s enriching. It was sort of the only version that I really put my mind to because I knew what we were going to be playing. The backstory and the expansion of the backstory and the explication of the backstory certainly changed how I was to play Spike. I felt like what was necessary was to bring the vulnerability further to the surface because I knew it was going to break at the end of Season 1. In terms of whether it was a good or bad move, all I can say is that I enjoyed myself and it was really fun to play.

Daniella Pineda: For me, I put pressure on myself on anything that I do. Whether it’s this or anything. That was the case with Cowboy Bebop and it was really important for me to get the blueprint of the character right but also have the freedom to make Faye Valentine my own and see what I could bring out from the anime that maybe you didn’t get. I just really wanted her to be someone who was fun to watch so I just had fun playing her.

Mustafa Shakir: I didn’t feel a whole lot of pressure but I felt a lot of honour and reverence for the material. That was shared with everyone collectively. Because we loved it so much, we did put that pressure on ourselves a little bit but mostly in a good way. Because that was the case, the costume department, everything supported my creation, you know, my interpretation of Jet Black. It was a good situation.

Do you have any favourite episodes from the first season that you enjoyed the most?

Daniella Pineda: That is a hard one.

Mustafa Shakir: I like the casino scene. To answer your question, the casino scene was really cool, especially because it’s the kickoff point. You know, the action is ramped up, if I had to pick one (scene).

John Cho: If you’ve seen the season, there’s a shot in the Londes episode where I come out and it’s just one of those, you don’t really get to do many of these as an actor, a really long steady cam shot where I come out of the building and we’re doing this memory piece and end up with Julia and it’s a dream sequence. There were all kinds of extras that had to be coordinated. There’s this particular satisfaction when you can a steady cam shot like that done. 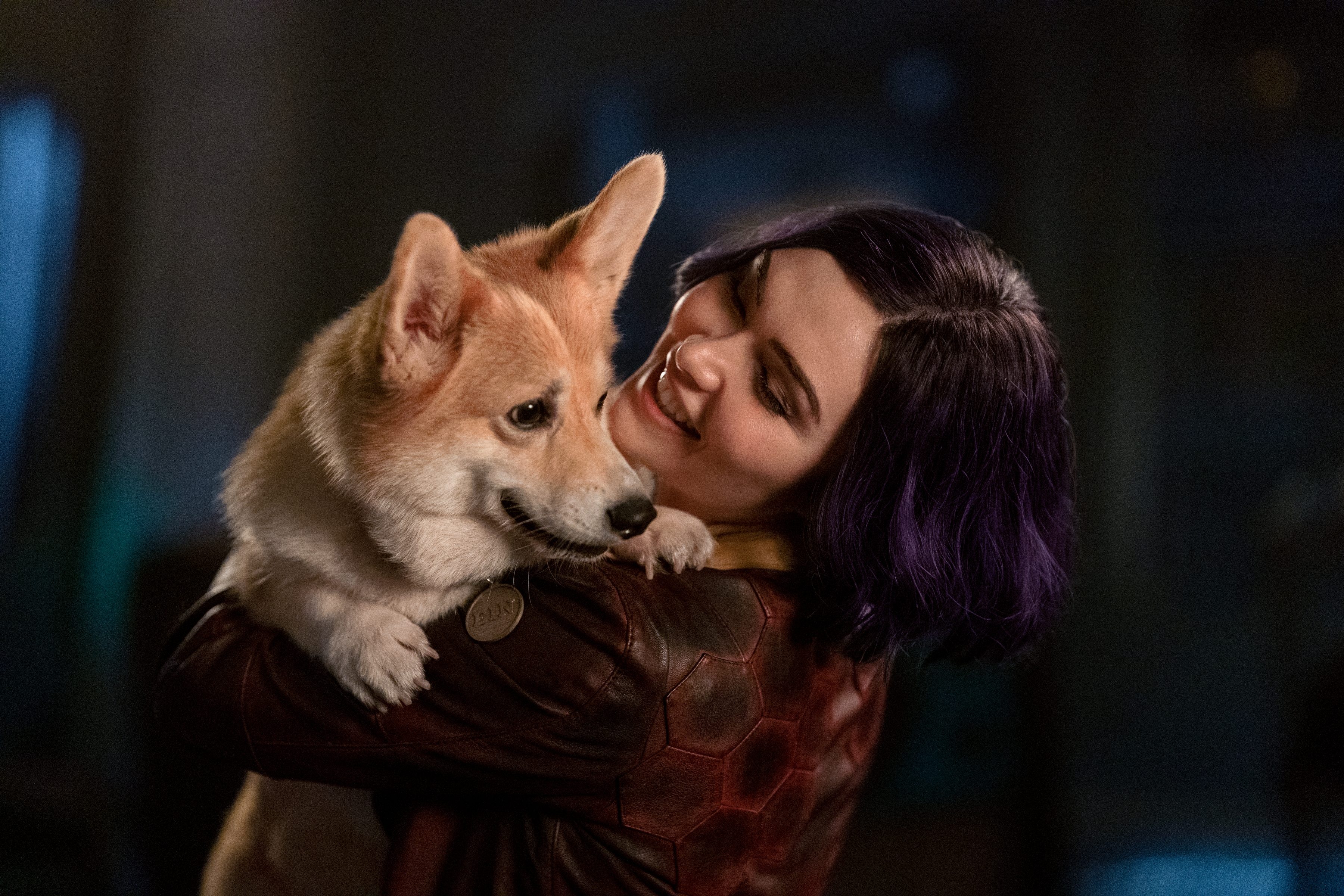 What was it like to work together with Ein, a real Corgi?

Mustafa Shakir: He attacked me once.

Daniella Pineda: Did he really? (surprised)

Mustafa Shakir: No. It’s a joke.

John Cho: Daniella is the Ein expert. She had most of the literal heavy lifting.

Daniella Pineda: The writers decided to bestow Faye Valentine with most of the Corgi scenes and interactions. I’ve said this before but it’s almost like the job of the dog was to try and deliberately be heavy.

That dog weighed, I don’t know, maybe 35 pounds (15kg). It’s not an exaggeration, now imagine take after take after take holding that cute little 35-pound dog and doing little dances and spins. I was in shape and my training prepared me for that.

Daniella Pineda: Yeah, he’s really cute. I mean, the butt looks like a loaf of bread. How can you hate a thing like that?

What’s it like to work and have to build off-screen chemistry during the COVID-19 pandemic?

Daniella Pineda: We had a very exceptional experience because we were in New Zealand and because that country did such a wonderful job at protecting their people and following protocol. We just sort of struck the jackpot. We were already shooting in New Zealand in 2019. Also, I think, given the nature of our show, which involves a lot of stunt training, a lot of choreography, just a lot in general.

Because of COVID-19, it felt like stakes were really, really high and I think we bonded simply because we spent so much time with each other and also because we had to finish the show. It seemed like there were a lot of stones being thrown at us not to finish.

We did, and I just think we got lucky because we had chemistry. It just happened, but you know, I think it was something that was earned with all of us.

Koei Tecmo and Team Ninja have announced that Wo Long Fallen Dynasty will launch for the PS4, PS5, Xbox One, Xbox Series X/S and PC on 3 March 2023, a...

NetherRealm announced that it's now focusing on its next big project, meaning that it will not be releasing any more DLC for its 2D fighting game Mort...