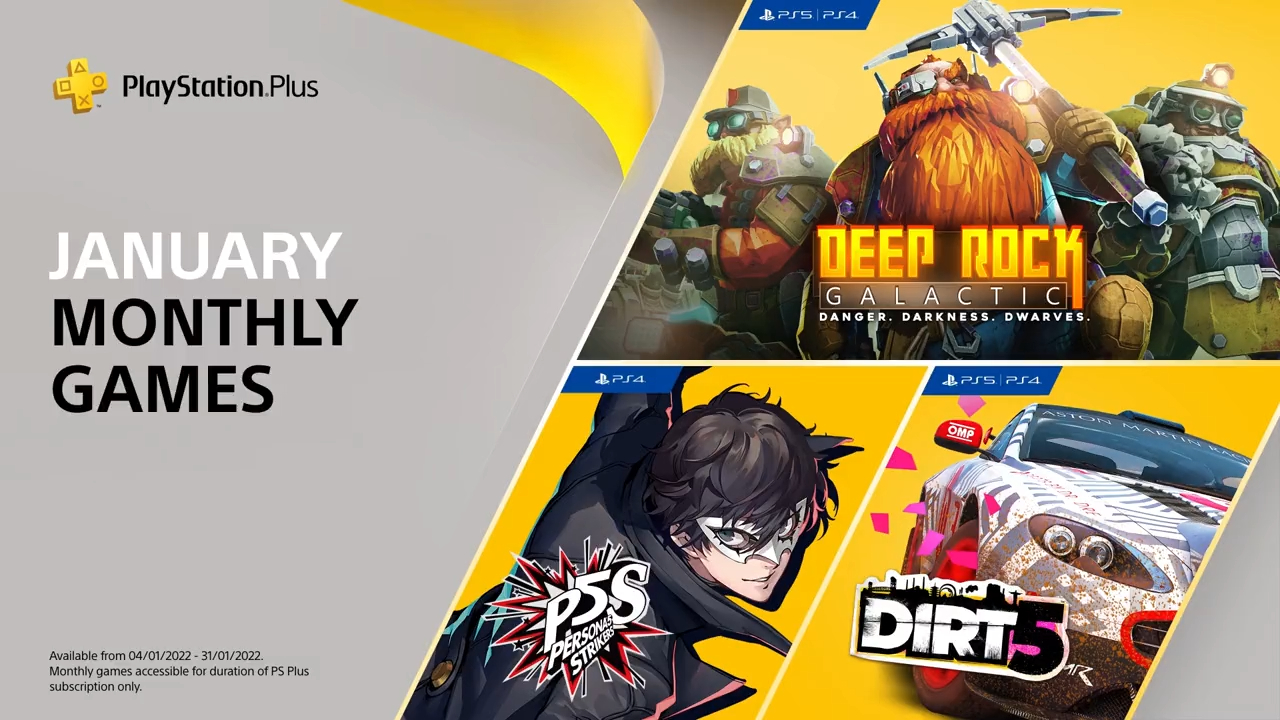 Gamers will have four new games to look forward to in the PlayStation Plus Asia December 2021Â lineup.Â From 4 January 2022 to 1 February 2022, PS Plus subscribers will be able to redeem Persona 5 Strikers, Deep Rock Galactic and Dirt 5.

Jump into the stylish world of Persona in an all-new story featuring the Phantom Thieves as they embark on an epic road trip across Japan. A summer vacation with close friends takes a sudden turn as a distorted reality emerges, thrusting you into an epic tale as you strike back against the corruption overtaking cities. Dynamically control your team during explosive action combat as you reveal the truth and redeem the hearts of those imprisoned at the centre of the crisis.

Before you play, head on over here to check out our guide.

Deep Rock Galactic is a 1-4 player co-op FPS featuring badass space Dwarves, 100% destructible environments, procedurally-generated caves, and endless hordes of alien monsters. Work together as a team to dig, explore, and fight your way through a massive cave system filled with hordes of deadly enemies and valuable resources. You will need to rely on your teammates if you want to survive the most hostile cave systems in the galaxy.

Oddyssey Your Space, Your Way Is A New 80s-Themed Space Sandbox Game