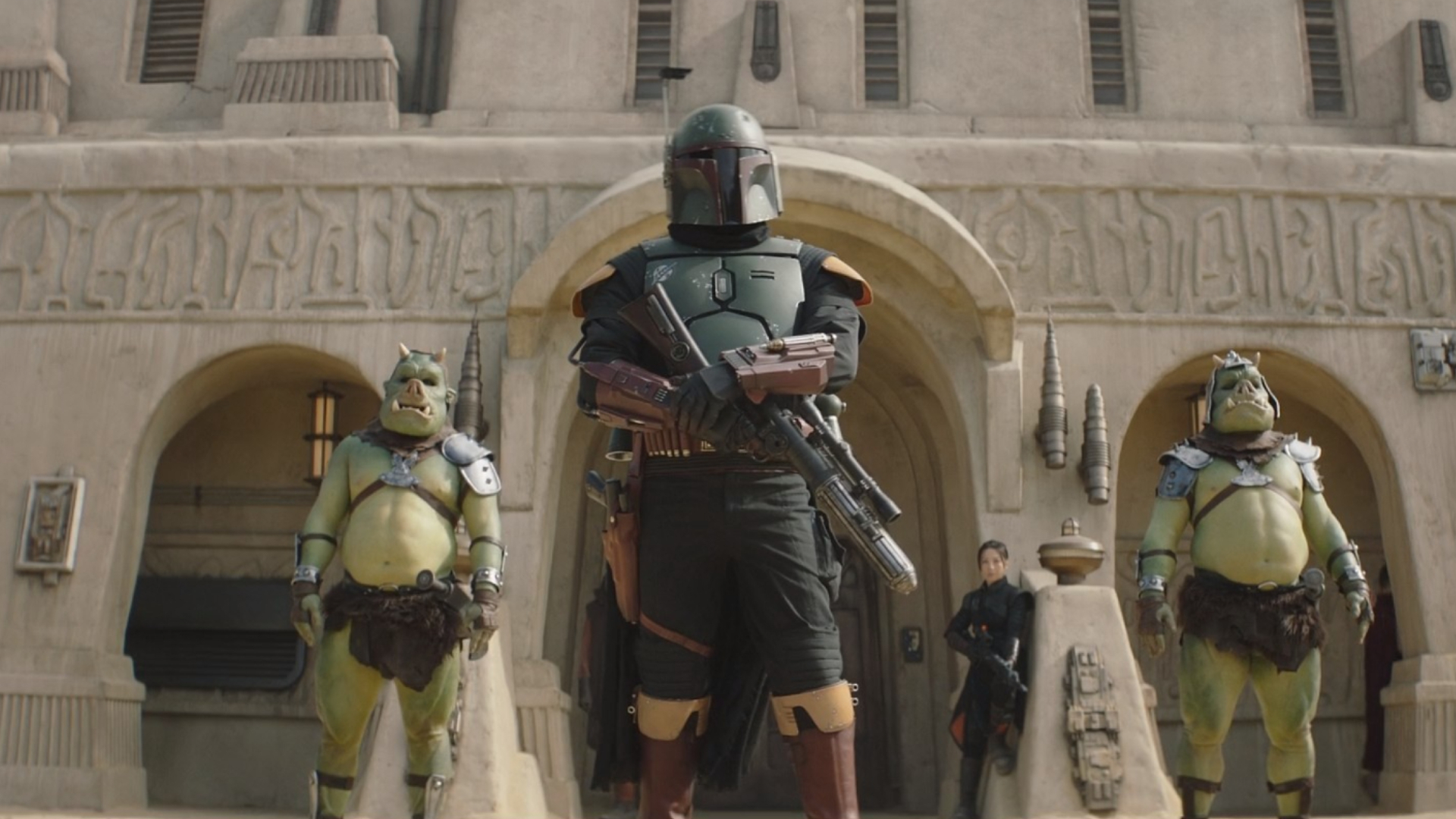 The second episode of The Book Of Boba FettÂ Season 1 is now streaming on Disney+ Hotstar Malaysia. Iâ€™ll be discussing heavy spoilers so if you havenâ€™t seen it or want to avoid spoilers, nowâ€™s your chance to stop reading.

You can check out my previous breakdowns of The Book Of Boba Fett Episode 1 here.

That was sneaky of the showrunners. Cue the groans of every Original Trilogy fan out there, as it was simply a trick when Fennec Shand threatened one of the assassins from the previous episode with the Rancor. It’s revealed that he was sent by the Mayor of Mos Espa to kill Boba Fett.

In case you don’t know why the Rancor would inspire such fear in the assassin, it’s a giant monster that was used by Jabba The Hutt in Star Wars Episode VI Return Of The Jedi to kill anyone that angered or annoyed him, including Twi’lek dancers and Jedi Knights. However, Luke Skywalker slew the Rancor when he came to save Princess Leia and Han Solo from Jabba The Hutt.

Who Is The Black Wookie? It’s Black Krrsantan

Oh my god, this is officially the first appearance of Black Krrsantan, who made his original debut in the canon Marvel Star Wars comics.

Black Krrsantan is a male Wookiee bounty hunter during the Galactic Civil War. Originally captured from his homeworld Kashyyyk and trained as a gladiator, Black Krrsantan later became a bounty hunter. He was regularly hired by the crime lord Jabba the Hutt and at one point, was even hired by Darth Vader to track down other characters like Doctor Aphra.

Those who only watch the movies might be surprised but the Star Wars lore beyond the movies have always established the Hutts as many crime lords throughout the galaxy. Jabba The Hutt was the leader of the Hutt Clan, but there are actually many other members of the family out there with their own bases and organizations.

However, it’s currently unknown who these two Hutts are, besides the fact that they’re Jabba’s cousins. It looks like they’re claiming Jabba’s throne and Boba will have to look out for them.

The Train Is Owned By The Pyke Syndicate

Boba Fett only refers to them as being from the “syndicate”, but they’re actually from the Pyke Syndicate, which is a major criminal organization in the Star Wars universe. They usually engage in the spice (read: Star Wars’ version of drugs) trade. They were especially powerful during the Clone Wars.

Yes, that’s not just a spiked polearm staff or spear. The Tusken’s signature weapon is called the Gaderffii Stick (or Gaffi Stick). Now that he’s part of the tribe, Boba Fett has earned his own.

Tusken Dance Is Similar To The Maori Haka

I previously mentioned in Episode 1’s breakdown how The Book Of Boba Fett adapts Japanese culture by using the word ‘Daimyo’ to refer to Boba’s new position as a crime lord. Now, the Tusken dance that Boba participates in at the end of Episode 2 looks very similar to the real-life Haka by the New Zealand indigenous Maori tribe.

Haka is usually performed by a group of Maori, and is accompanied by movements and even chanting. It is often performed to welcome guests, acknowledge great achievements and more. In the case of Boba Fett, he just got accepted as part of the Tusken tribe, which is probably why they’re performing the dance, as well as celebrating the defeat of the Pyke Syndicate spice train threat.

While this is mere speculation, it’s no surprise if it’s true, considering that Boba Fett actor Temuera Morrison himself is a Maori.

After this, we have five episodes to go. Until next time, excelsior!

The Falcon And The Winter Soldier Super Bowl Trailer Breakdown

This is really a great article I really like and will definitely share it widely with my friends, wish you always have good health and make more articles in the future. thank you