Because the gaming world is wary of loot boxes and gacha rates, EA has to comply and reveal the percentage and odds of a FIFA 19 Ultimate Team pack. And yeah, it’s looking pretty scary if you’re the kind of guy into the Ultimate Team bit of the game.

Basically, the FUT mode lets you build your dream squad out of card packs which can be acquired through in-game means. Or you can buy them for real money. So basically these card packs in FUT mode have randomized content inside; no different from a card pack in Magic: The Gathering or your Overwatch loot boxes.

So, what’s causing a ruckus on the internet right now? The Ones To Watch promotion for FUT. In a nutshell, 23 exclusive OTW items are now available in FUT packs for a limited time, specifically in 10 days time starting now. These items include special versions of players like Cristiano Ronaldo and Riyad Mahrez who have permanent ratings boost throughout the season whenever they perform well for their current new clubs.

In other words, if you own this version of Ronaldo, he may evolve and be better than your standard Ronaldo. Imagine a legendary PokÃ©mon but it plays football and evolves its stats if it does well.

The problem? EA stated that there’s less than one per cent chance of getting a Ones to Watch player from a pack in FIFA 19. It’s not a specific number, but that’s enough to get FUT addicts into a pack-buying frenzy just to get that special version of Ronaldo. 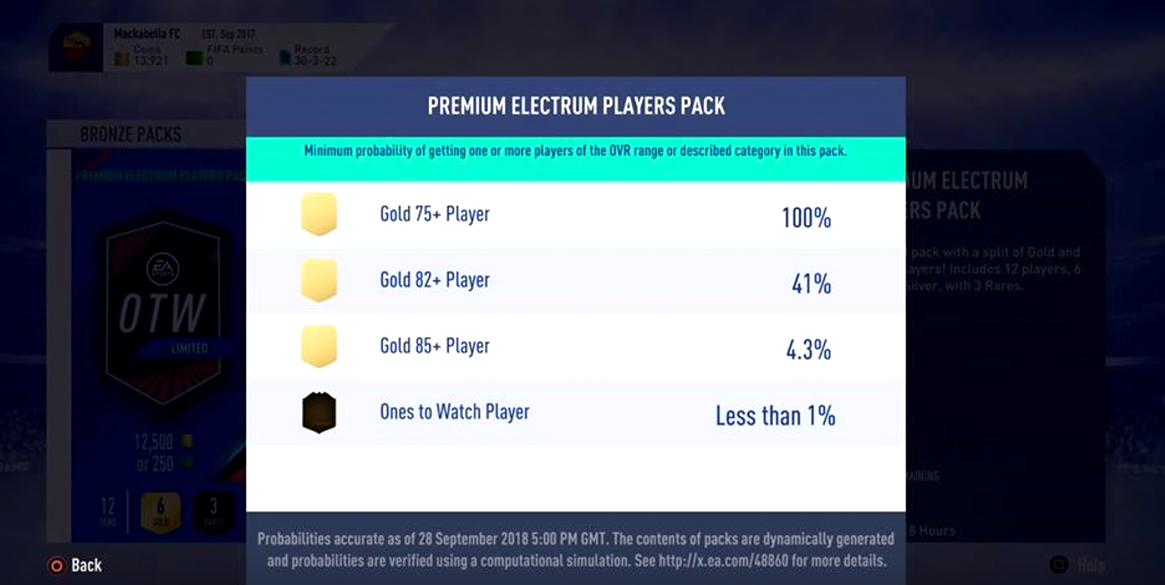 And that’s the crazy thing: even with the odds stacked against them, that isn’t stopping players from buying FUT packs. Chalk it up once more for EA taking a thing or two from Japanese gacha games and fuelling their own pockets just to keep the tradition of annualizing their FIFA franchise. They’ll probably pull off the same stunt for future FUT promotions, but it’s just business.

A long while back, a mobile gaming RPG by the name of Brave Frontier made headlines by being one of the more-played games out since at the time there ...

Tsukomo Sana of Hololive English will be graduating from the VTuber group on 31st July according to a recent YouTube announcement she uploaded. Cov...

The video game rumour mill is a-buzzing again, this time with details on the next Saints Row game from developer Volition (via ResetEra). Here's th...