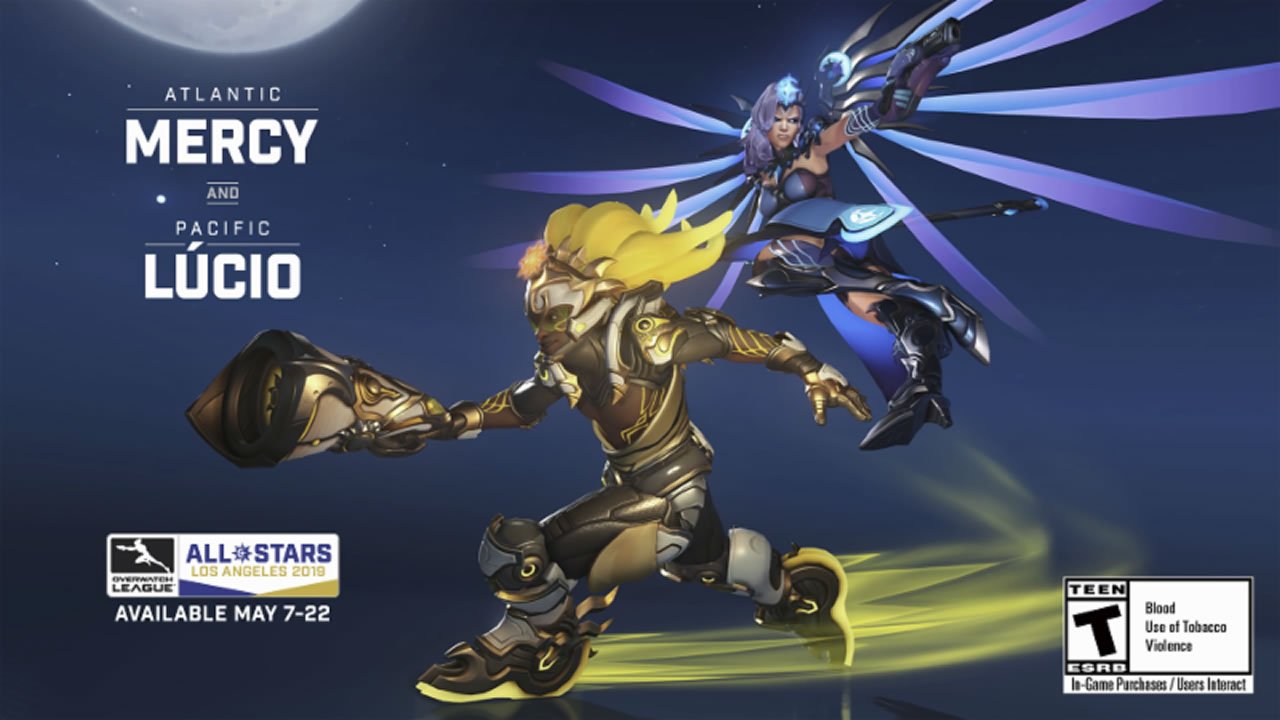 The starting roster for the Atlantic Division are:

The starting roster for the Pacific Division are:

New Legendary Mercy and Lucio skins will also arrive to commemorate Overwatch League 2019 All-Stars, both of which will be available starting from 7 to 22 May 2019.

The following game modes will be played on 15 May 2019 during All-Star Arcade:

Catch the action on the official Overwatch League Twitch account below in less than two weeks!