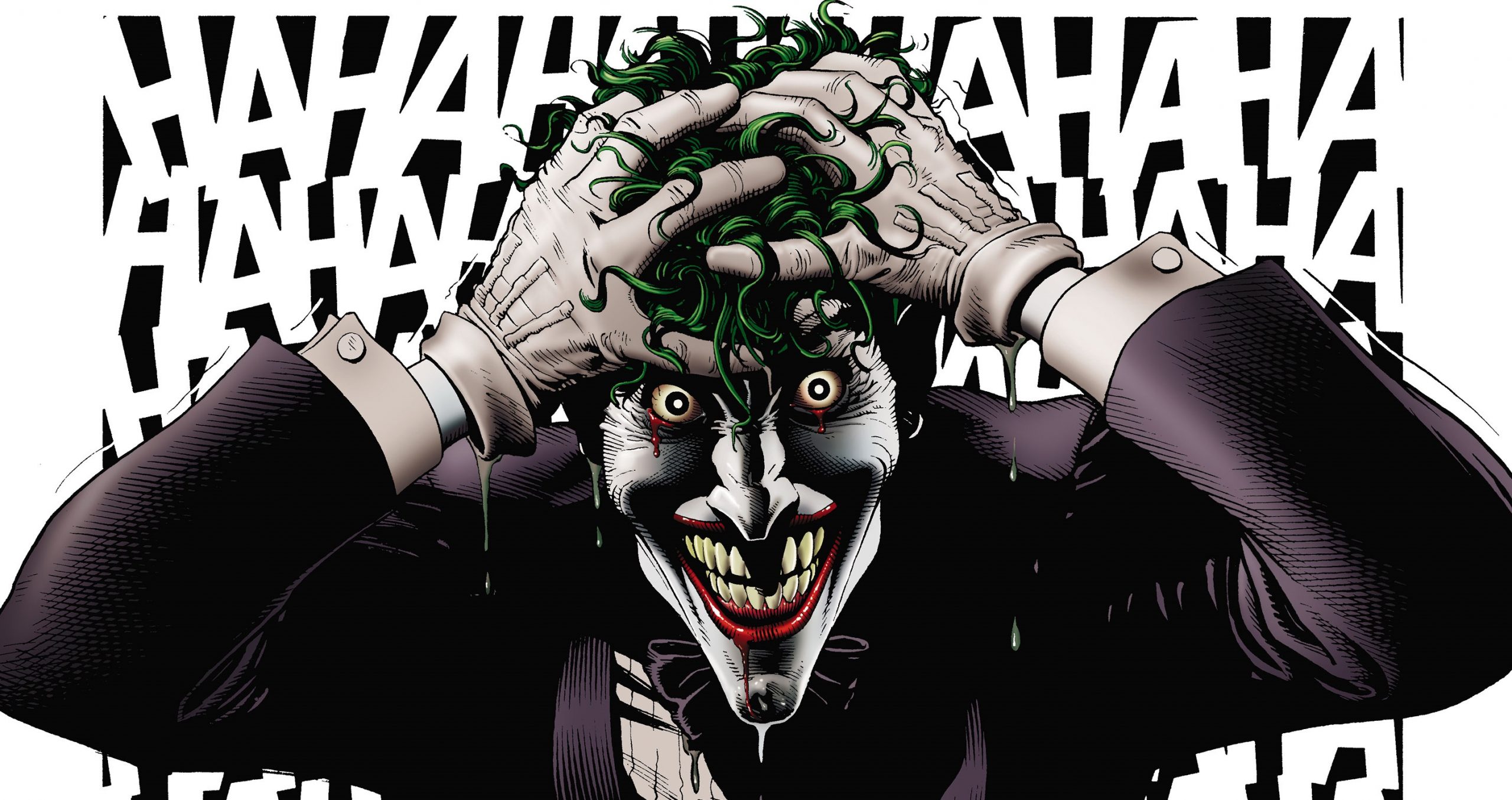 The Joker will soon be receiving his own movie in the form of Joker starring Joaquin Phoenix, which is slated to release on 3 October 2019. No comic book antagonist can boast of ever having a whole movie to himself/herself, but the Clown Prince Of Crime is definitely deserving of one.

Most people (even comic book fans) seem to have forgotten that the Joker is almost as old as Batman himself, having appeared in Batman #1 by Bill Finger and Bob Kane back in 1940. The Dark Knight might be celebrating his 80th anniversary this year, but next year it will be the legendary villain’s turn.

Almost eight decades of material means that there have been many variations of the Joker in the comics, as well as the number of actors who have portrayed him in both live-action and animated adaptations. In this article, I’ll be listing the five (5) best portrayals of the Joker (across all media) according to the ComicsLord.

Imagine. Back in 1992, comic book fans must have flipped their lid, discovering that the guy who played Luke Skywalker in Star Wars would be playing the Clown Prince Of Crime. In that regard, he’s almost exactly like Heath Ledger after him in 2008’s The Dark Knight, as no one in their right mind would’ve cast them as the Joker before their now-legendary portrayals.

Ultimately, there are many reasons why I (and many others) consider Mark Hamill to be the best Joker of all time. From the debut of Batman: The Animated Series, he is the definitive Joker, managing to be both funny and scary, threatening and cheery, playful and unhinged.

But the thing that Mark Hamill does best as the Joker compared to everyone who came before or after is something simple, yet integral to the character; his laugh. None of them can match the sound of hysterical manic insanity that is Hamill’s iconic Joker laugh.

Most of the Jokers after Hamill have all been pale imitations of his portrayal, with the select few exceptions of Heath Ledger and perhaps Joaquin Phoenix (whose judgement I’ll have to reserve until after watching his movie).

Besides Batman The Animated Series, Hamill’s exceptional performance in the Batman Arkham trilogy of games only further solidified his status as the definitive Joker. So much so Troy Baker essentially just emulated Hamill’s version when he voiced the Joker in spinoff Batman Arkham Origins.

No one expected handsome teenage heartthrob to be capable of turning out what is still very much the most iconic live-action version of the Joker with his performance in 2008’s The Dark Knight (again, reserving judgement for Joaquin Phoenix’s portrayal).

Heath Ledger’s Joker was different than any Joker before him, in that his portrayal was a new Joker for a new modern generation. His Joker was manic and psychotic, gritty and anarchic, and the opposing embodiment of chaos to Batman’s sense of order.

The way he licks his lips before speaking and pathologically lying in every situation shows the disturbed mind of this Joker. However, that doesn’t mean that he’s any less calculative and manipulative, leaving the world burning and broken in his wake just because he can.

His Joker proved to the world that a live-action Joker doesn’t necessarily have to be cartoonish in any way, and can even be a dramatic antagonist without sacrificing any of the character’s familiar traits, paving the way for what seems set to be the most dramatic Joker yet with Joaquin Phoenix’s version.

Technically, Monaghan only played a sort of proto-Joker for most of his screentime on the Batman prequel TV series Gotham, playing two different characters who are as Joker-ish as can be. He only really played the fully-realised Joker for several minutes in the season finale, but all of that combines to make for one of the best live-action Joker portrayals.

Though both Jack Nicholson and Cesar Romero’s Jokers will always be more iconic, Cameron Monaghan’s performance as Jerome and Jeremiah Valeska (the latter became the Joker) is quite possibly what I personally feel the Joker would be like if he jumped out straight from the comics.

He has a little bit of both Hamill’s and Ledger’s Joker in him, with extra oomph and darker energy never before seen in any live-action incarnation. He embodies everything I want in a live-action Joker, and he has the second-best laugh of any Joker period (or dare I say, even as good as Hamill’s).

If Monaghan was ever given the opportunity to play a live-action Joker in a movie, I would be the first to support him (Matt Reeves, here’s your chance!). As a comic book fan, I sincerely believe that he has the potential to become the best Joker of all time, and it’s a shame that his efforts were (mostly) wasted in a middling TV series like Gotham.

Jack Nicholson’s Joker marked the first time that filmmakers attempted a more comics-accurate depiction of the villain, especially after Cesar Romero’s goofy turn. Nicholson had the unenviable task of convincing everyone (who wasn’t a comic book fan) that the Joker was a credible threat to Batman.

Nicholson channelled the same lunatic and psychotic elements from his iconic portrayal of Jack Torrance in 1980’s The Shining. His face stuck in unending grin looks disturbing and makes him madman antics look even more insane. His Joker remained the best live-action Joker for almost 20 years, d that’s an impressive feat.

I will always appreciate Jack Nicholson’s Joker as the one who reminded everyone just how crazy and evil the Joker can be, as well as erasing the idea of a goofy and funny Clown Prince Of Crime who traipse around like a buffoon.

Say what you will about Cesar Romero’s Joker. No matter how goofy, campy or cheesy he was, he had fun in the role, and that fun spread to all the viewers of the 1966 classic Batman series. He had an energy that was replicated by other Joker portrayals after him, which is a good thing, because the Clown Prince Of Crime is still that, a clown.

While all succeeding Jokers have been arguably superior (with the sole exception of Jared Leto’s sleazy and disgustingly bad Joker), Romero will always be significant for being the first actor to bring the Joker to life.