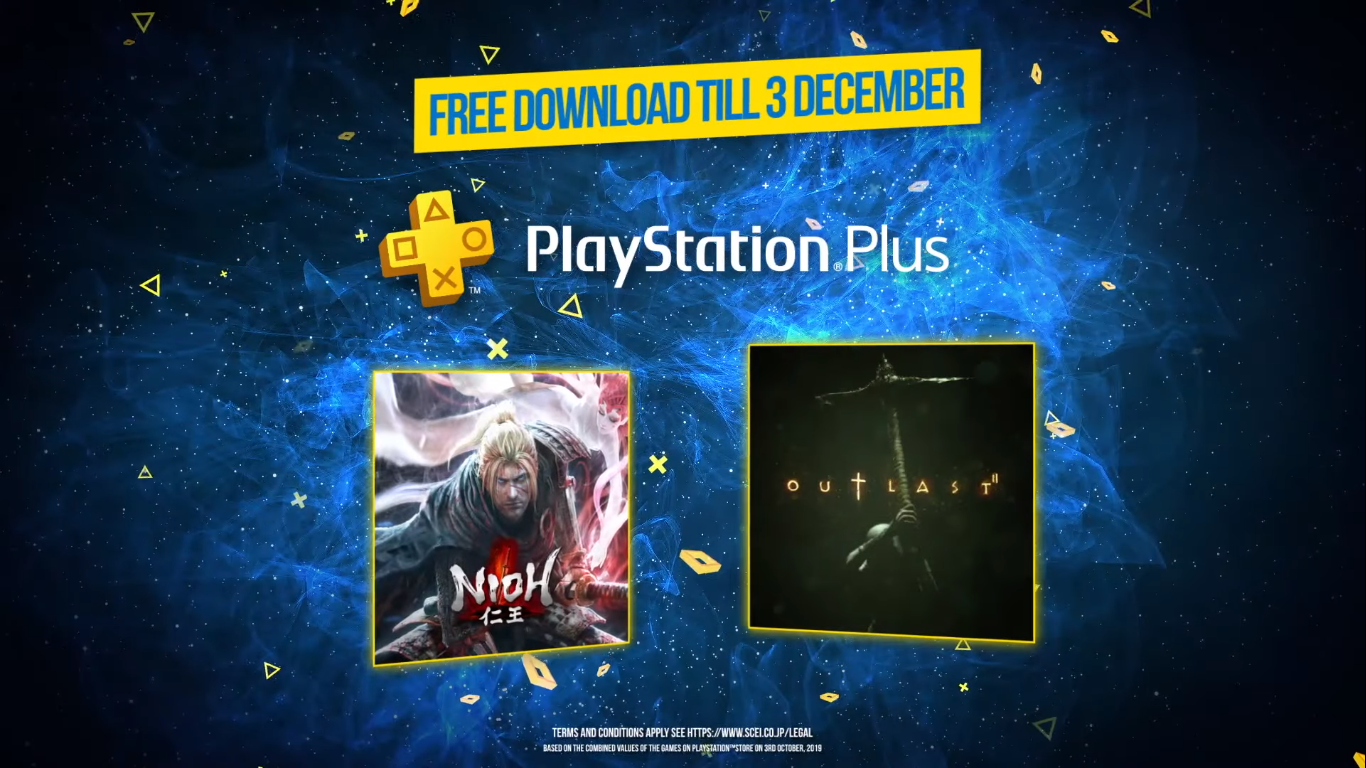 Asian gamers will have two new games to look forward to in the PS Plus August 2019 lineup, and theyâ€™re arguably the most exciting games weâ€™re receiving in months. From 6 November to 3 December 2019, PS Plus Asia subscribers will be able to redeem Nioh and Outlast 2.

It’s not a coincidence that Team Ninja’s Nioh will be part of the PS Plus Asia November 2019 lineup, especially in light of today’s announcement of Nioh 2‘s release date. Nioh is a visceral, action-driven adventure where players must hone their skills, upgrade their weapons and demonstrate perseverance in besting some of ancient Japanâ€™s fiercest demons.

The gameplay in Nioh will be familiar to fans of the Soulsbourne games, albeit with a more traditional Japanese cultural and geographical setting similar to Sekiro: Shadows Die Twice.

Outlast 2 is a first-person survival horror video game developed and published by Red Barrels, where players can immerse themselves in a desperate fight for survival in an isolated rural community as they attempt to rescue their kidnapped wife from the clutches of a deranged cult.

Its creepy atmosphere and scary gameplay make for a scream-worthy good time. Just keep running and you’ll survive. Probably, or die many times attempting to, of course.