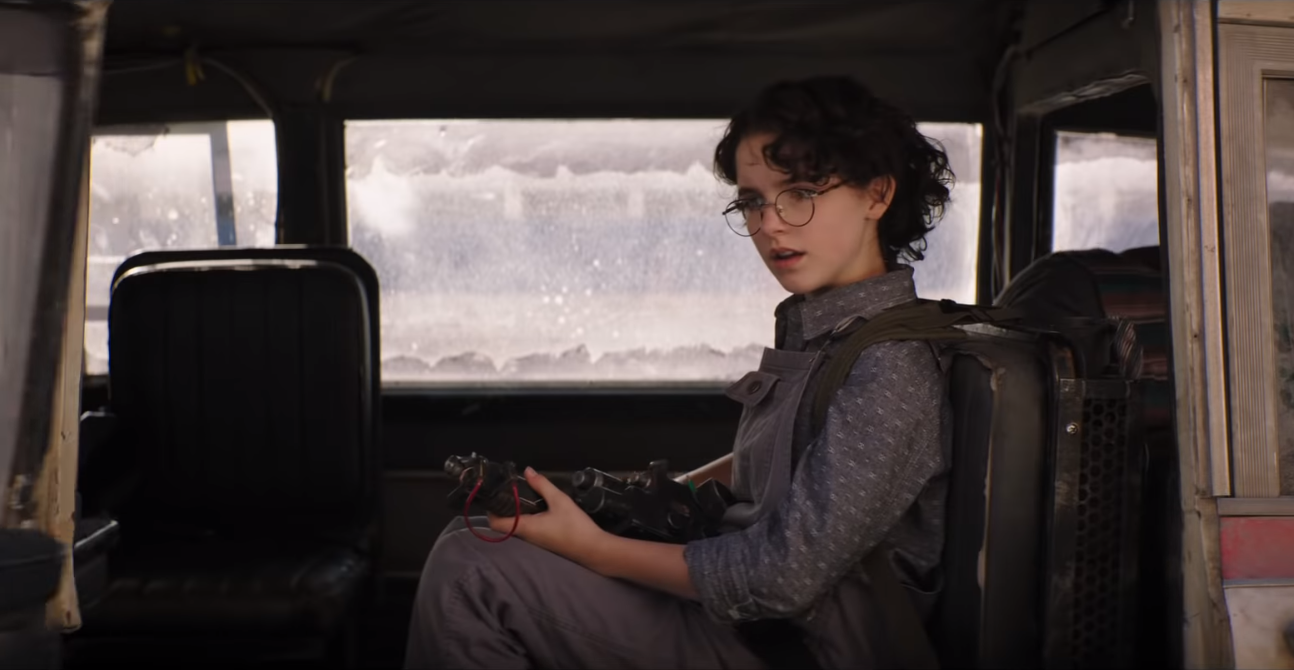 What happens when you exchange your Manhattan setting with the countryside for your ghostbusting movie? And drop some tidbits and cryptic clues concerning the fate of previous Ghostbusters while focusing on a family who has surprising connections with the past?

You get a new film in the series called Ghostbusters: Afterlife, directed by Jason Reitman and produced by Ivan Reitman. It’s looking a little more spooky than the previous two films, but it’s a welcome change.

The film’s focus is on single mom Callie (Carrie Coon) and her kids Phoebe and Travis (Mckenna Grace and Finn Wolfhard respectively) who move into her late father’s mansion. The twist? Her dad is none other than Dr. Egon Spengler, played by the late Harold Ramis in the original and sequel Ghostbuster films.

So yeah, why is Egon a deadbeat dad in the film’s canon? What’s with the equipment in the trailer? Was Callie’s existence kept a secret from the original crew this whole time? We’ll find out from Egon’s pals as they’re making a comeback too according to the IMDB.com credits. Yep, Bill Murray, Dan Aykroyd, and Ernie Hudson are coming back as Dr. Peter Venkman, Dr. Raymond Stantz, and Dr. Winston Zeddmore. Oh, and Paul Rudd plays a scientist in Phoebe and Travis’ school who happens to know a lot about the Ghostbusters and the Manhattan Incident.

Sounds promising! The film will be out in Summer 2020.