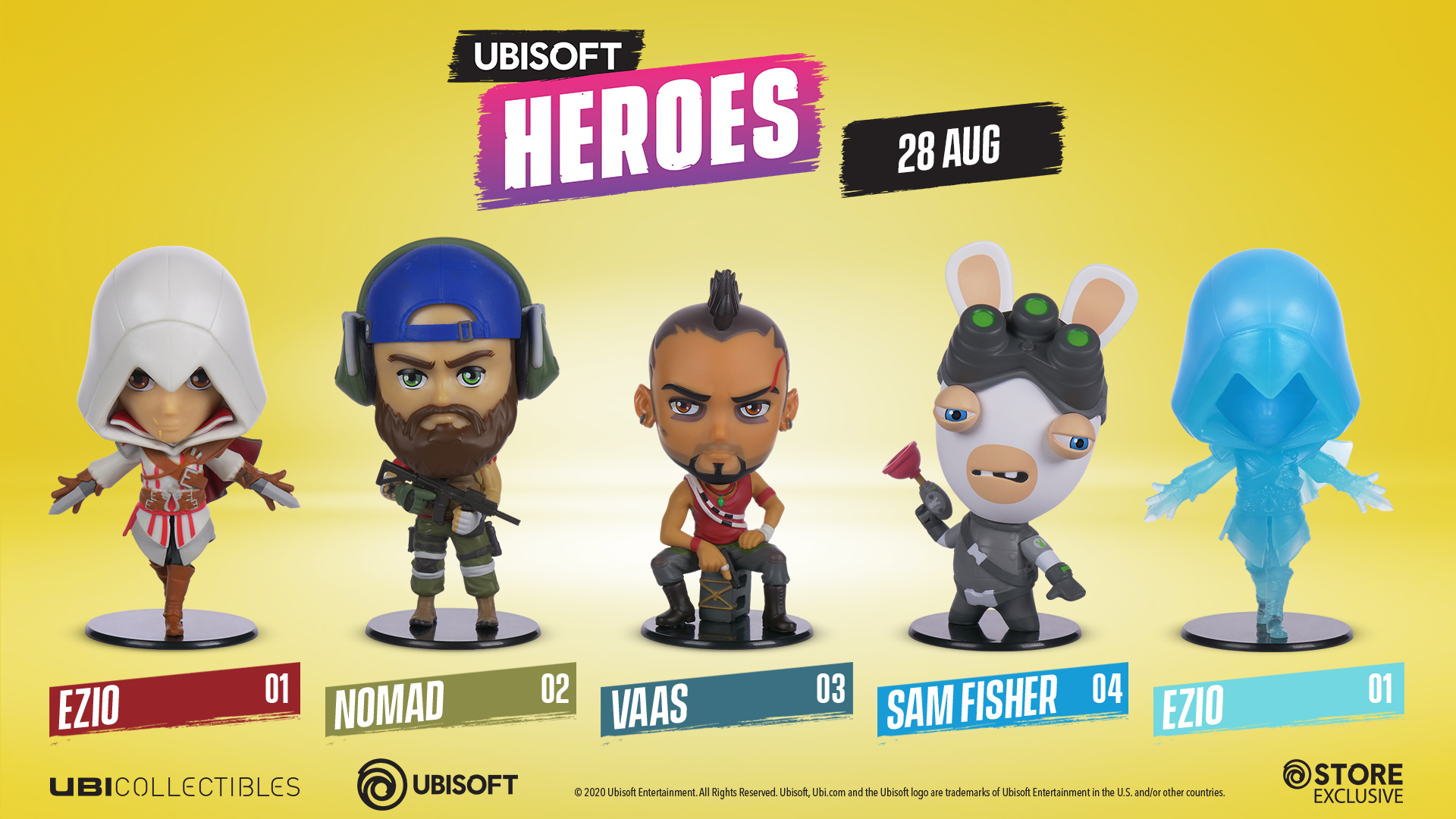 Ubisoft has announced Ubisoft Heroes; a brand-new set of chibi figurines inspired by famous heroes from Ubisoft titles like the Assassin’s Creed and Far Cry franchises. The Ubisoft Heroes collection will be offered in several different series of 10cm chibi figurines available through the Ubisoft Store and regular distribution channels.

The first series of Ubisoft Heroes can already be preordered at the price of SGD29.90 (or roughly RM90+) and will be available starting from 28 August 2020. This first series will include four iconic characters:

The Ubisoft Heroes first Series is already available for pre-order in our Ubisoft shops in Singapore:Â https://ubi.li/Flhsh. Personally, these Ubisoft Heroes look a lot like Nendoroid, but they somehow look cheaper (less production value) and less detailed. Without additional accessories or moveable body parts, they’re more like Funko Pops without the soulless beady eyes.

Marvel's Guardians Of The Galaxy Trailer Showcases Cosmo The Doggo