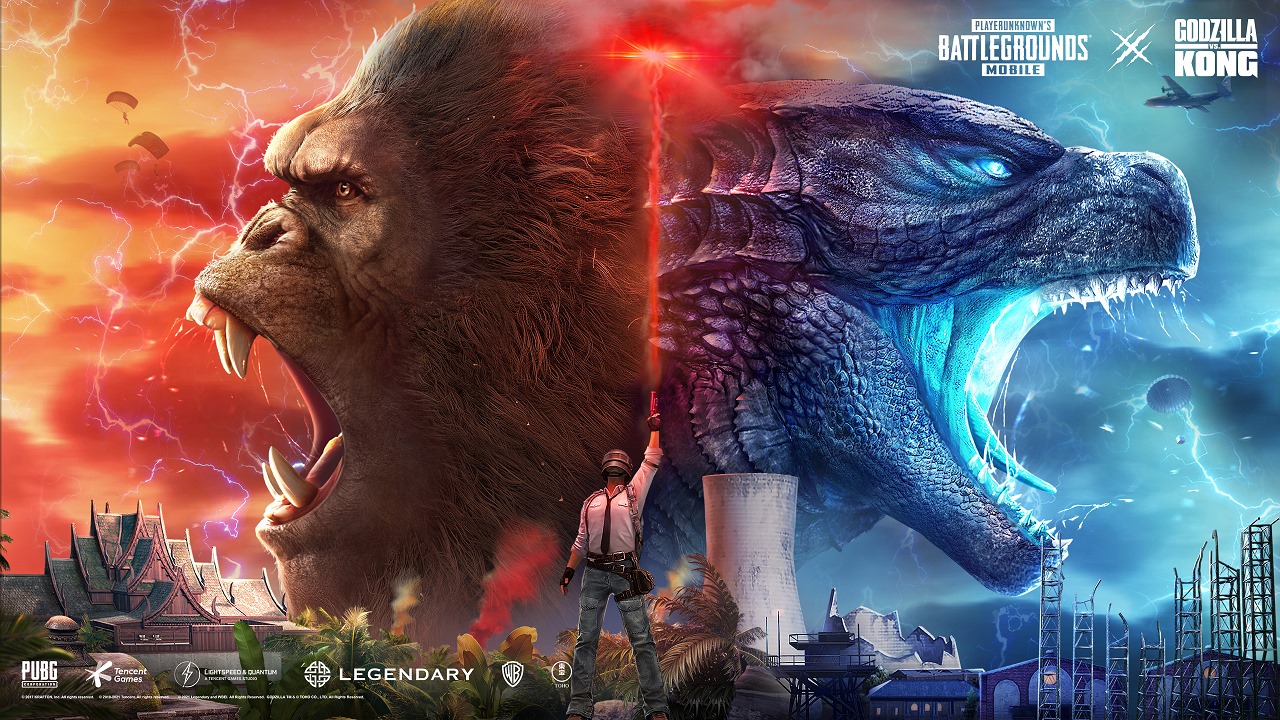 New PUBG MOBILE version 1.4 updates are now available with a range of new modes, a new arena map, vehicles, combat improvements, items and other interesting content. One of the most exciting additions in the PUBG Mobile 1.4 update is the release of the Titan Strikes event.

Tying in with the release of Godzilla Vs Kong, PUBG MOBILE partnered with Warner Bros. Pictures and Legendary Pictures to bring the thrill and excitement of titans to PUBG MOBILE. Users will now get the chance to experience, interact and witness the power of titans at close range.

Godzilla has been appearing on the Erangel map since 11 May 2021. The mighty King Kong has been wowing players on the Sanhok map since 15 May 2021, while Mechagodzilla will be putting in appearances on the Livik map from 20 May 2021. The three titans will be amazing players until 8 June 2021.

The titans are not normally hostile to players but they can get irritated if too many players congregate in the same area. Players must show caution when observing the titans close up as itâ€™s possible to be crushed. On the positive side, titans will drop rare energy crystals that will give players an edge in combat. The event will also feature APEX Cybernetics facilities and monster settlements that can be explored and looted.

Additionally, a new map arena will be available in 1.4 update which goes live on 1 June 2021. The new â€œHangarâ€ arena will provide excitement around every corner and action at every turn. The new challenging arena map supports Team Deathmatch modes, Training Arena, and Team Gun Game.

Apart from the new gameplay, there is also an â€œover the shoulder (OTS)â€ mode which will make its debut in the version 1.4 update. OTS mode allows players to quickly switch stances without using a scope and provides a stable stance for targeting enemies, making it easier to give them a one-way ticket to the next match.

Also, the new â€œCoupe RBâ€ vehicle will be coming, a 2-door sports car that can only carry the driver and one passenger. This car is the fastest vehicle in PUBG MOBILE capable of accelerating up to 150 KM/hour, players can experience this fast vehicle on the maps of Erangel, Miramar, Sanhok and Livik.

Players can expect the latest update that presents Royale Pass Season 19 with the Traverse theme and other epic collaborations. PUBG MOBILE will soon prepare an exclusive collaboration with British automotive manufacturer, McLaren to bring one of their supercars into the game. Furthermore, the cute and adorable characters from LINE will also adorn this phenomenal mobile game later on.