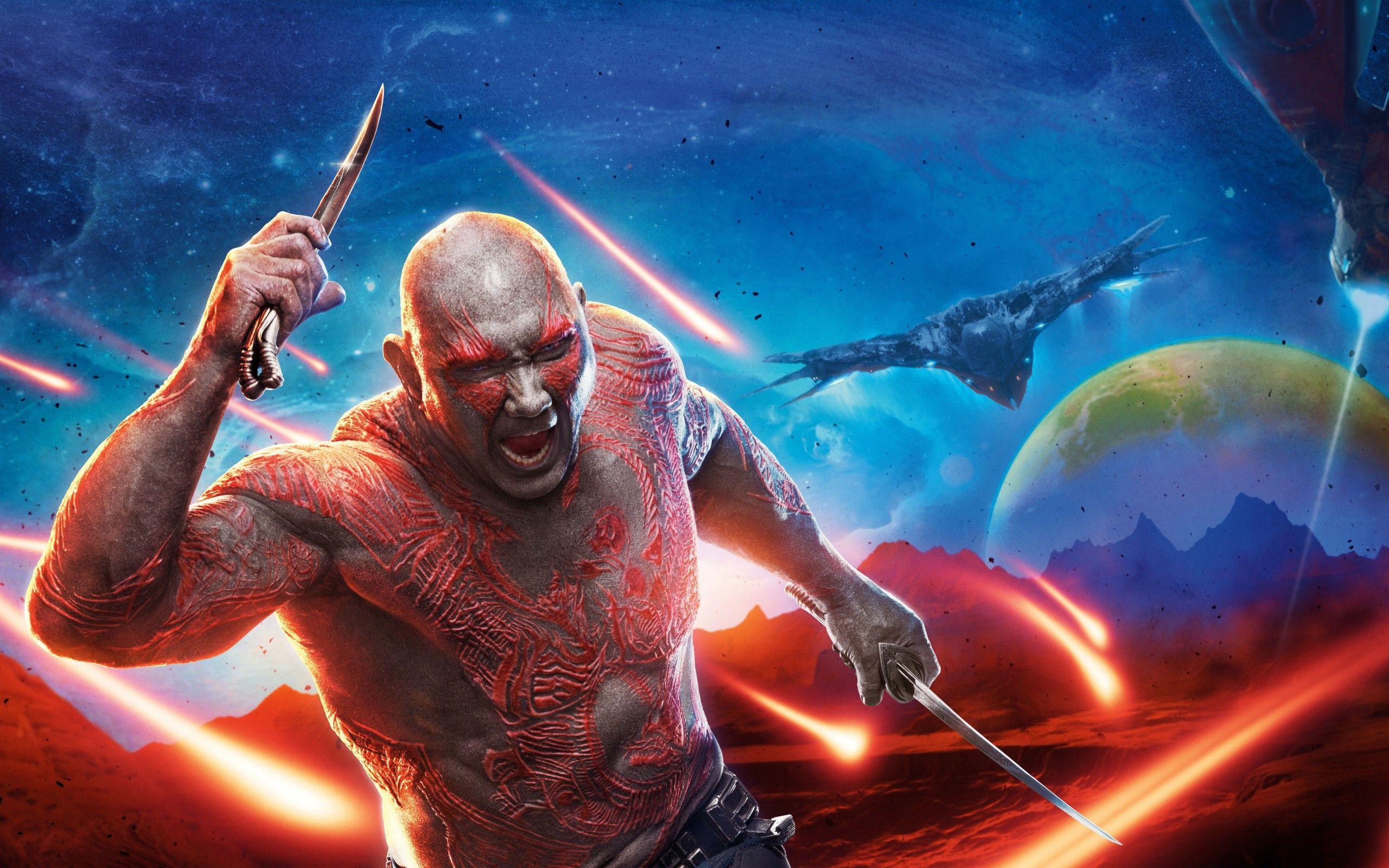 The next Guardians of the Galaxy Marvel Cinematic Universe feature film might spell the last of Drax the Destroyer, a numbskull of an alien warrior played spectacularly by Dave “WWE” Bautista.

According to Digital Spy, Bautista has been quiet on plot details though that’s because the latest script isn’t done yet. He is unlikely to appear as Drax in any other form beyond that, and that includes a possible spin-off movie.

“I don’t know what the script of the third film is, to be honest with you. There was a script years ago that obviously is going to have to change because the whole direction of the Marvel universe has changed.

I thought it was such a brilliant idea, but I haven’t heard any follow-up from the studio. I don’t think they’re very interested, or it doesn’t fit into the way they have things mapped out. But other than that, no. I mean, as far as my obligations, I’ve got Guardians 3, and that’s probably going to be the end of Drax.”

He clarified this news further by stating that he’ll “be 54 years old, for God’s sake! I’m expecting everything to start sagging any second now”.

Drax isn’t going anywhere. He just won’t be played by this dude! ?????by the time G3 comes out I’ll be 54 yrs old for gods sake! ? im expecting everything to start sagging any second now. ? https://t.co/eRJR6ZPtE2

Guardians of the Galaxy Vol.3 will be out in the near future alongside its MCU film brethren. Head here to find out the recent MCU phase 4 schedule.

This Valkyrie Profile Tribute Album Is Epic On All Counts