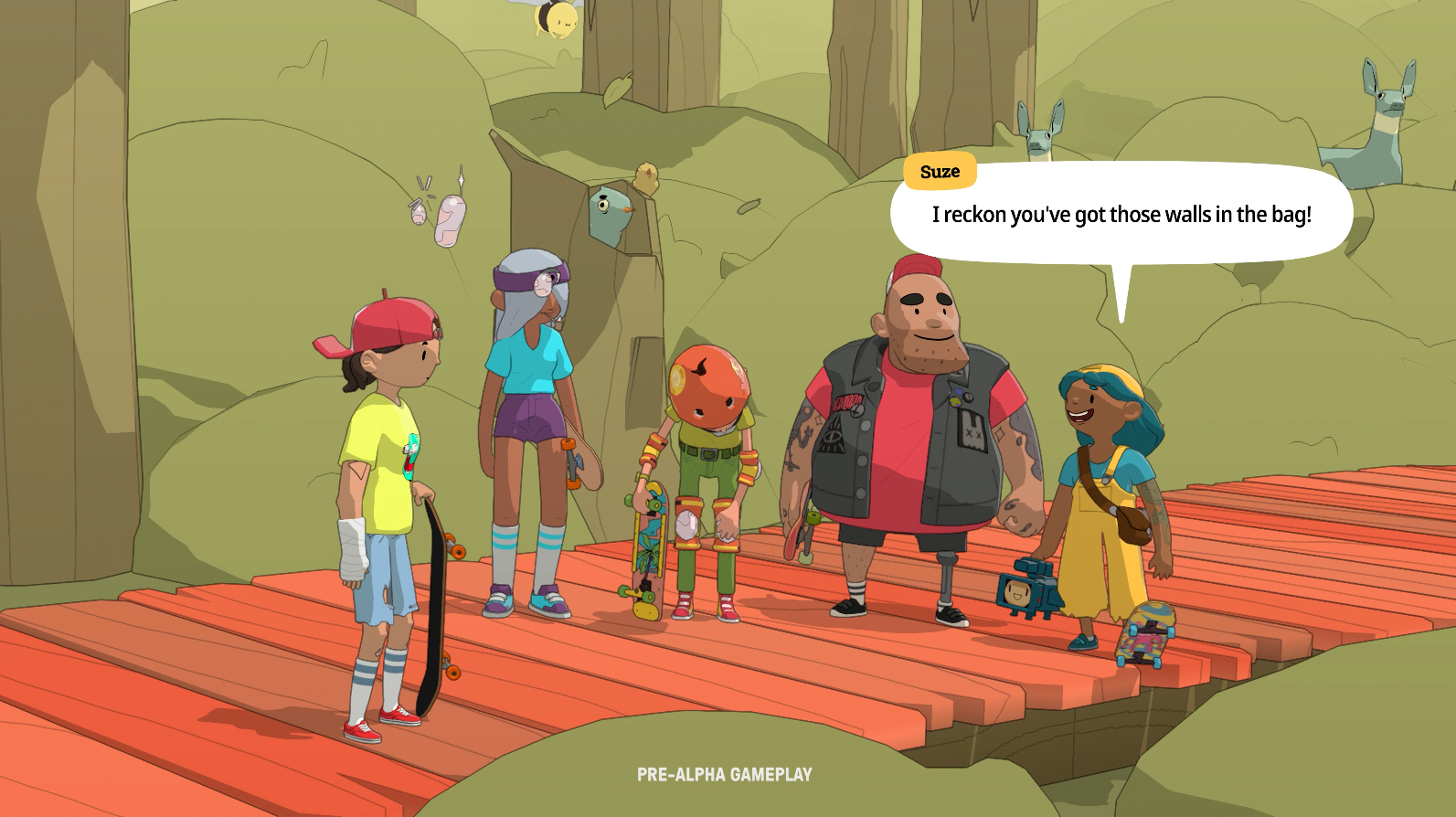 Skateboarding games, while fun, have two main issues: one – it can be tough for newbies from the get-go. Two: the places you skate in seem pretty barren.

Enter OlliOlli World, a super-bright and cheery (albeit weird) game where you pull off skateboarding tricks for points on a 2D plane. Simple gameplay and controls, but its course design and challenges are anything but. Check out our hands-on with an early demo of the game, slated for release on all major platforms this Winter.