Genshin Impact’s latest event, the one that’s on display on the version 2.2 update, is a domain event that lets you beat enemies up, get some rewards, and score a free 4-star Pyro user who is arguably the best girl there is: Xinyan.

The event will last from 21st October to 15th November, so you have ample time to get the most out of the event.

To unlock Labyrinth Warriors, you need to reach Adventure Rank 30 or above, and also complete the Omnipresence Over Mortals Archon Quest. Here’s a video walkthrough if you’re stumped.

Keep in mind that the event will be divided into multiple stages; it won’t be available in one shot. Each of these segments will release within every 3 days.

How To Get A Free Xinyan

You can only score one free Xinyan; you’ll have to gacha the rest to boost her Constellation and so forth.

How To Get A Free Childe

You can’t; sorry. You’ll have to gacha him like everyone else.

How To Set Up Event Teams

You will have to choose two teams before the event starts: a Combat team and Support Team. The Combat team is your initial fighting team, while the Support team is the substitute. 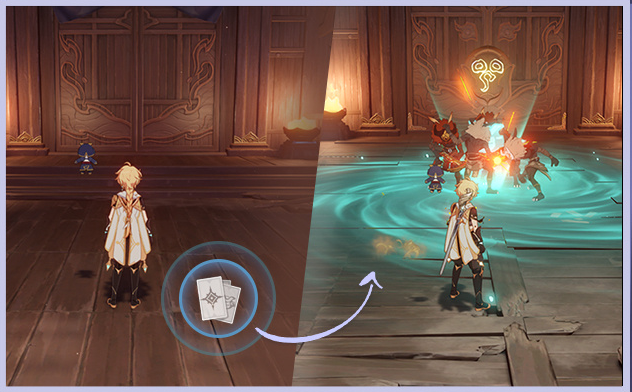 There are a total of 9 different Shikifuda to choose from. You can select a maximum of 3 for a trial. Each of these Shikifuda will provide players with different buffs for the trials. Ideally, you want to pick at least one Shikifuda that covers a missing Element or Party Function on your composed Combat or Support team.

Example: if you’re missing a Healer, choose Ensorcelled Waters as one of your Shikifudas.

Seal of Flashing Lightning: Creates a Lightning Barrier. Within it, your active character has 10% decreased CD for their Elemental Skills and Elemental Bursts. Additionally, all party members will regenerate 4 Energy every 3s. The barrier lasts for 12s.
Only one Lightning Barrier can exist at any one time.

Seal of Cataclysmic Wind: Creates a Wind Barrier. While within this barrier, the active character gains a great amount of extra jump height, 10% bonus ATK SPD and 10% bonus Movement SPD. The barrier lasts for 12s.
Only one Wind Barrier can exist at any one time.

Ensorcelled Waters: Restores 4,000 HP to all current party members and regenerates 800 HP and 20 Stamina every second for the next 5s.

Bedrock: Increases active character’s resistance to interruption and decreases the DMG characters take by 50% for 12s.

The event is easy to play through: 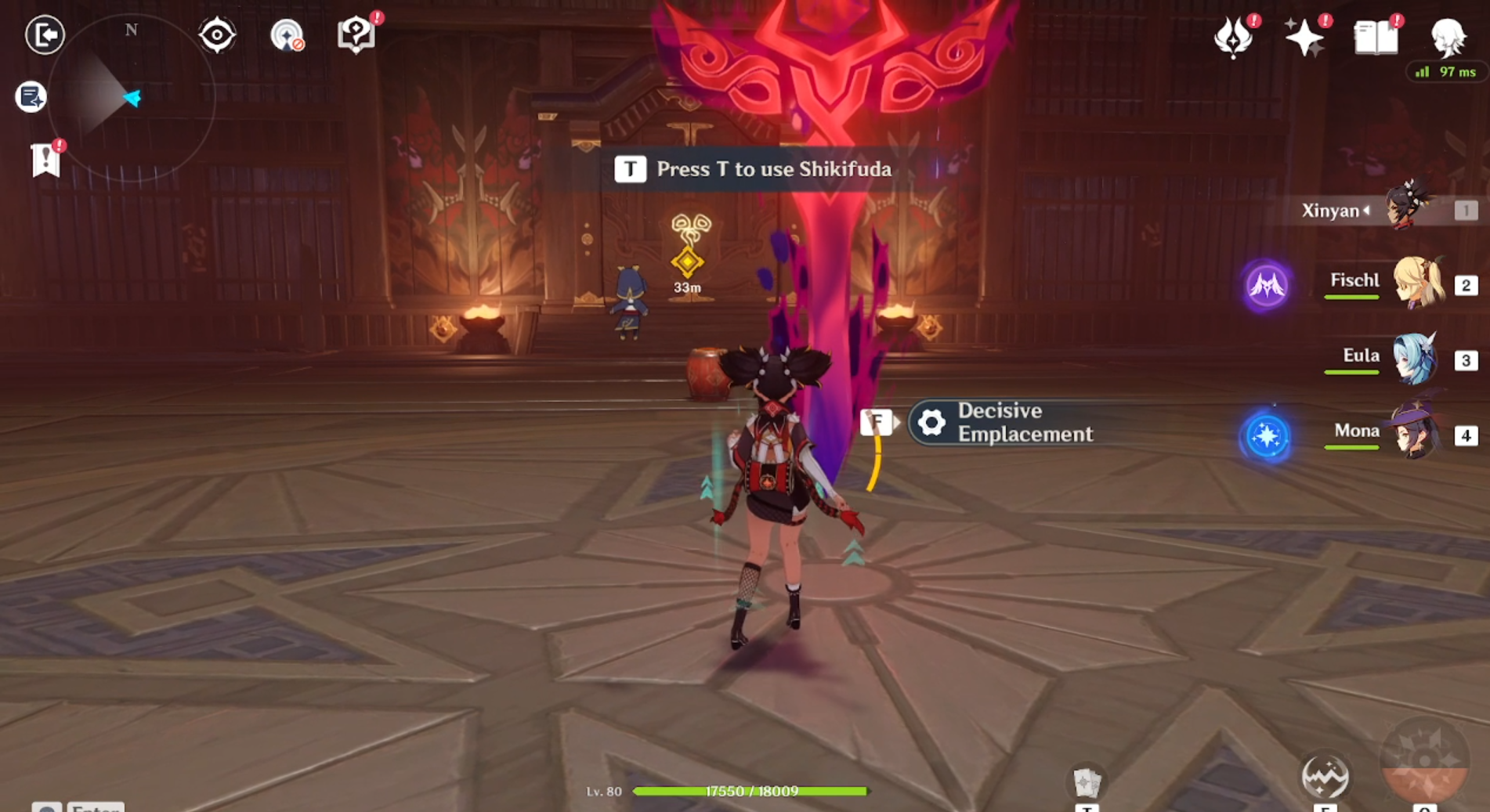 You can check your Domain map to see which rooms have the Decisive Emplacement challenge.

Special Emplacement mechanisms can be challenged as well. You can complete these challenges for charms, party recovery, or battles.

Some rooms are also marked by a Treasure Chest icon, meaning you can open a Treasure Chest there. Drop by these rooms for rewards. Just remember, each Trial room has traps called Cursed Fields. Stepping into them can either cause explosions or activate a Cursed Seal’s negative effects.

How To Draw And Use Labyrinth Warriors Charms 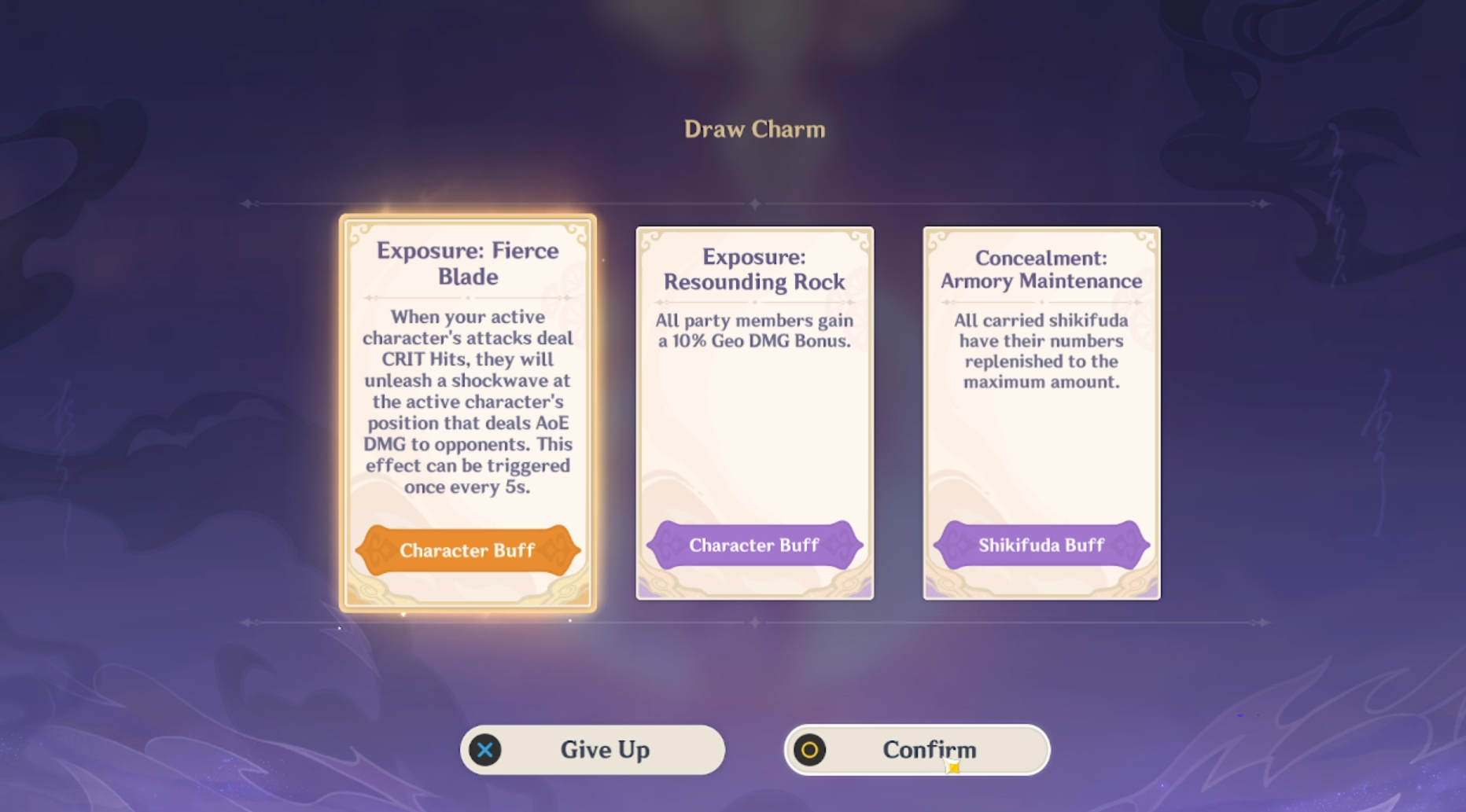 Completing Arrayed, Ferocious, and Decisive Emplacement challenges or visiting Charm Emplacement rooms will give a chance to draw a Charm. These Charms will give you additional buffs during the trial.

Concealment Frugality (Shikifuda Buff): When you use a Shikifuda successfully, you have a 33% chance of not consuming an equipped Shikifuda.

Exposure: Scorching Sky (Character Buff): When an active character triggers a Vaporize reaction on a nearby opponent, they will trigger a shockwave at the position of the opponent affected by the reaction.

Exposure: Bastion of Order (Character Buff): 4 randomly selected characters (from both combat and support parties) will have their constellation effects increased by 1 level.

Exposure: Fierce Blade (Character Buff): When your active character’s attacks deal CRIT Hits, they will unleash a shockwave at the active character’s position that deals AoE DMG to opponents. This effect can be triggered once every 5s.

Exposure: Driving Lightning (Shikifuda Buff): When an active character triggers a Superconduct reaction on a nearby opponent, they will trigger a shockwave at the position of the opponent affected by the reaction. The shockwave will deal AoE DMG. This effect can be triggered once every 10s.

Exposure: Scroll of Victory (Exploration Buff): When active character’s HP is greater than 70%, Elemental Skill DMG dealt is increased by 10%.

Exposure: Swift Severance (Exploration Buff): The active character obtains the aura of the Swift Severance Seal, increasing their ATK SPD by 20%. If there are more than 3 opponents within the aura’s AoE, the aura’s effects will disappear permanently.

Concealment: Armory Maintenance (Character Buff): All carried shikifuda have their numbers replenished to the maximum amount.

How To Use Damaged Replicas

You can only use Damaged Replicas to enhance Shiki Taishou’s Charm magic. This in turn will make completing trials easier; just go to the Labyrinth Warrior’s in-game event page to use the Damaged Replicas.

To obtain Damaged Replicas, just explore the event Domain and finish the trials.

Ingenuity: When drawing a Charm, the chance of drawing high-grade Charm is increased by 2%. Requires Damaged Shikifuda x100.

Infinitesmal Force: The maximum number of destructible objects on each floor is increased by 10. Requires Damaged Shikifuda x300.

Fuel to the Fire: The maximum number of Explosive Barrels on each floor is increased by 5. Requires Damaged Shikifuda x300.

Purity: When drawing a charm from a Charm Emplacement, the odds of encountering a cursed seal are decreased by 4%. Requires Damaged Shikifuda x200.

Smooth Running: The maximum number of Cursed Fields in the trial is limited to 5. Requires Damaged Shikifuda x300. 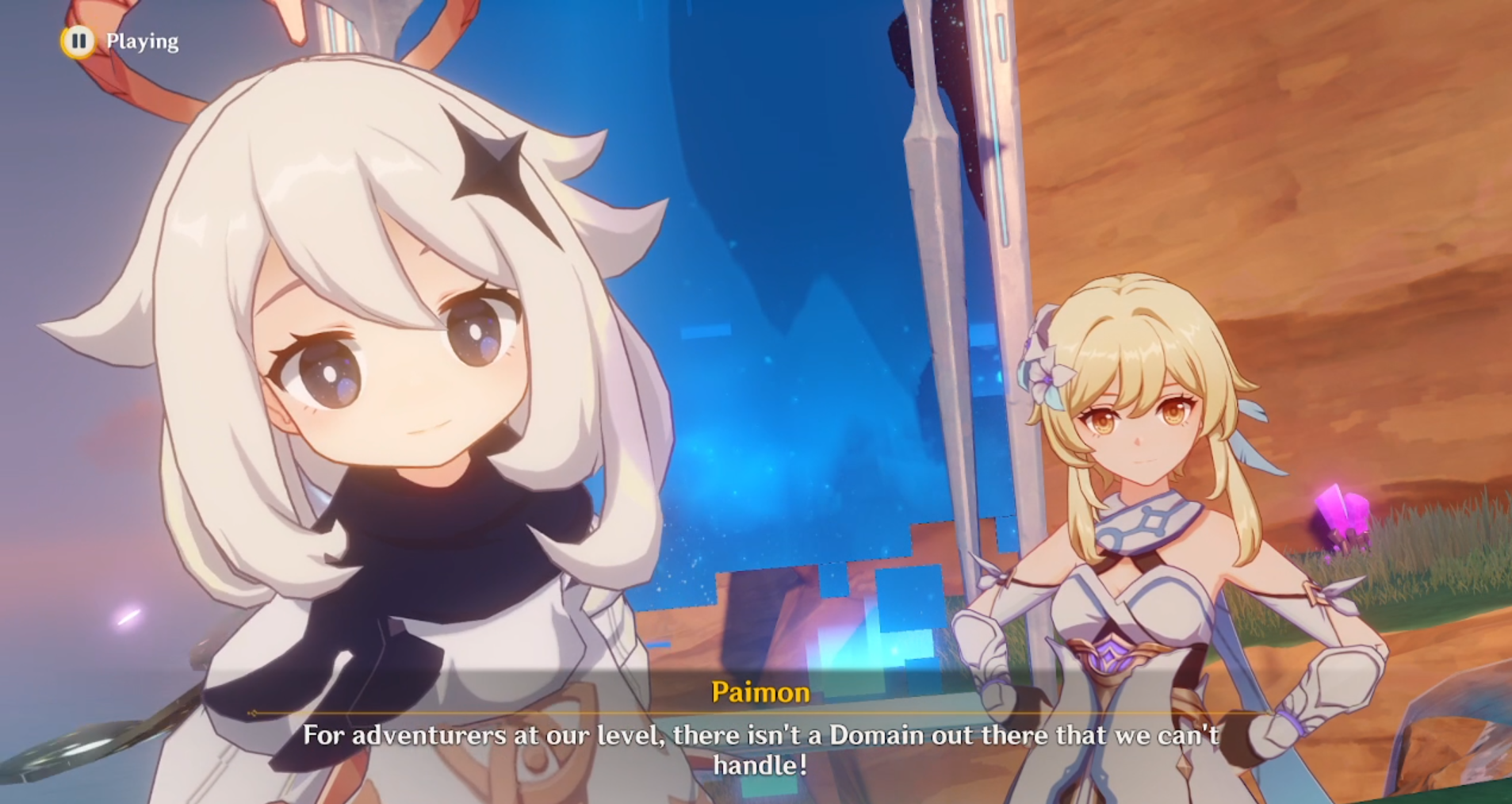 If you're not sure who the band Merkfolk are, you will now with this trailer for Yes, Your Grace.Â  https://www.youtube.com/watch?v=nKjJarr-cWE Ye...

News
Get Your Twin-Stick Shooter Arcade Jollies With Curved Space

Need to sate your shmup jollies in a new indie twin-stick shooter title? You might want to give Curved Space a shot. Made by Maximum Games, Curved ...