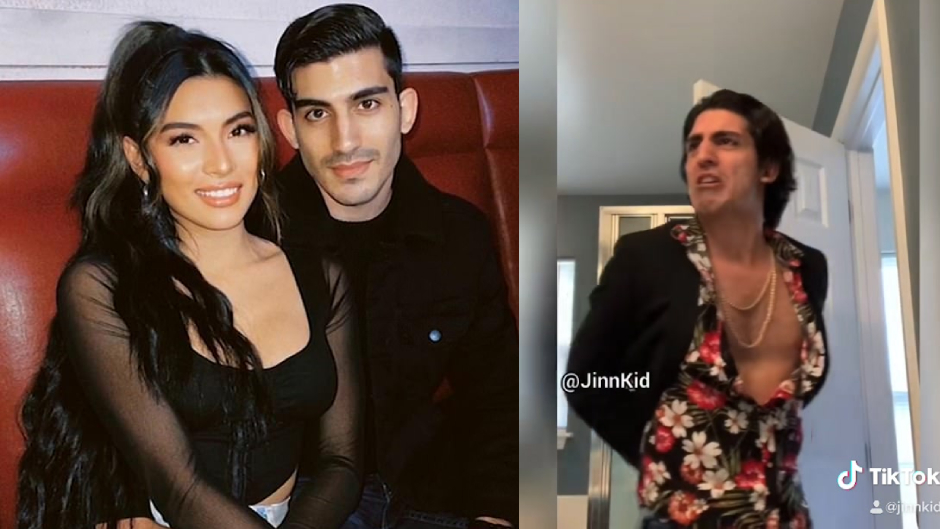 Ali Nassar Abulaban, also known as JinnKid and for the viral Skyrim In Real Life videos on TikTok and YouTube, was arrested last week.

He was charged with murdering two people; his wife Ana Abulaban and her friend Rayburn Barron. According to an NBC San Diego report (via Kotaku), police were called to an apartment to the city’s East Village last week when they discovered Ana and Rayburn’s bodies. The news state that according to Deputy District Attorney Taran Brast, Ali killed his wife and friend because he thought Ana was cheating on him. The Abulabans had been “in the process of ending the marriage”.

Last Thursday afternoon, Ali heard his wife with another man, found Barron there, and shot him three times in the head and neck before firing one bullet into his wife’s forehead. Video footage reportedly shows Ali leaving the apartment directly afterwards.

He then picked his five-year-old daughter up from school. Police believed Abulaban called 911 and reported the murders.

Taran also stated that Ali had been “stalking” Ana since 18th October; late last week he vandalized their apartment in a luxury complex and “installed an app on his daughterâ€™s iPad that allowed him to monitor activity in the apartment”. Taran also said here was an earlier incident of domestic violence that was reported in September, during which Ali pushed Ana, causing an injury in an incident that was witnessed by the coupleâ€™s daughter.

No restraining order was issued, however. Right now, Abulaban has pleaded not guilty on these charges.

Abulaban’s JinnKid TikTok account has 950,000 followers (now with its videos removed at this time of writing) while his YouTube page has 170,000 subscribers, all amassed due to his Skyrim IRL and Tony Montana impersonations work.