The inaugural season of the VALORANT Champions Tour concluded with Acend defeating Gambit Esports in the tournament finals to earn the title ofÂ  VALORANT World Champion. A record-setting one million concurrent viewers tuned into the match, which saw the European Acend take the series three games to two and secure the Champions Trophy.

Led by strong performances by CNed and StarXo, Acend entered the finals without dropping a single game during the initial stages of the tournament.

â€œWe were thrilled with the success of Champions! This tournament demonstrated the globalÂ  resonance of VALORANT as a sport and that any team, from any region, can step up to be a contender for the Champions Trophy.

Seeing the level of competition rise around the world is an incredible signÂ  of the continued growth of our game as we head into our next season in February.â€

Sixteen teams from North America, South America, Europe, and Asia qualified for the event and competed for the title of the first-ever VALORANT World Champion. More than eighty players descended on Berlin to compete during the course of the past two weeks across the group and knockout stages. 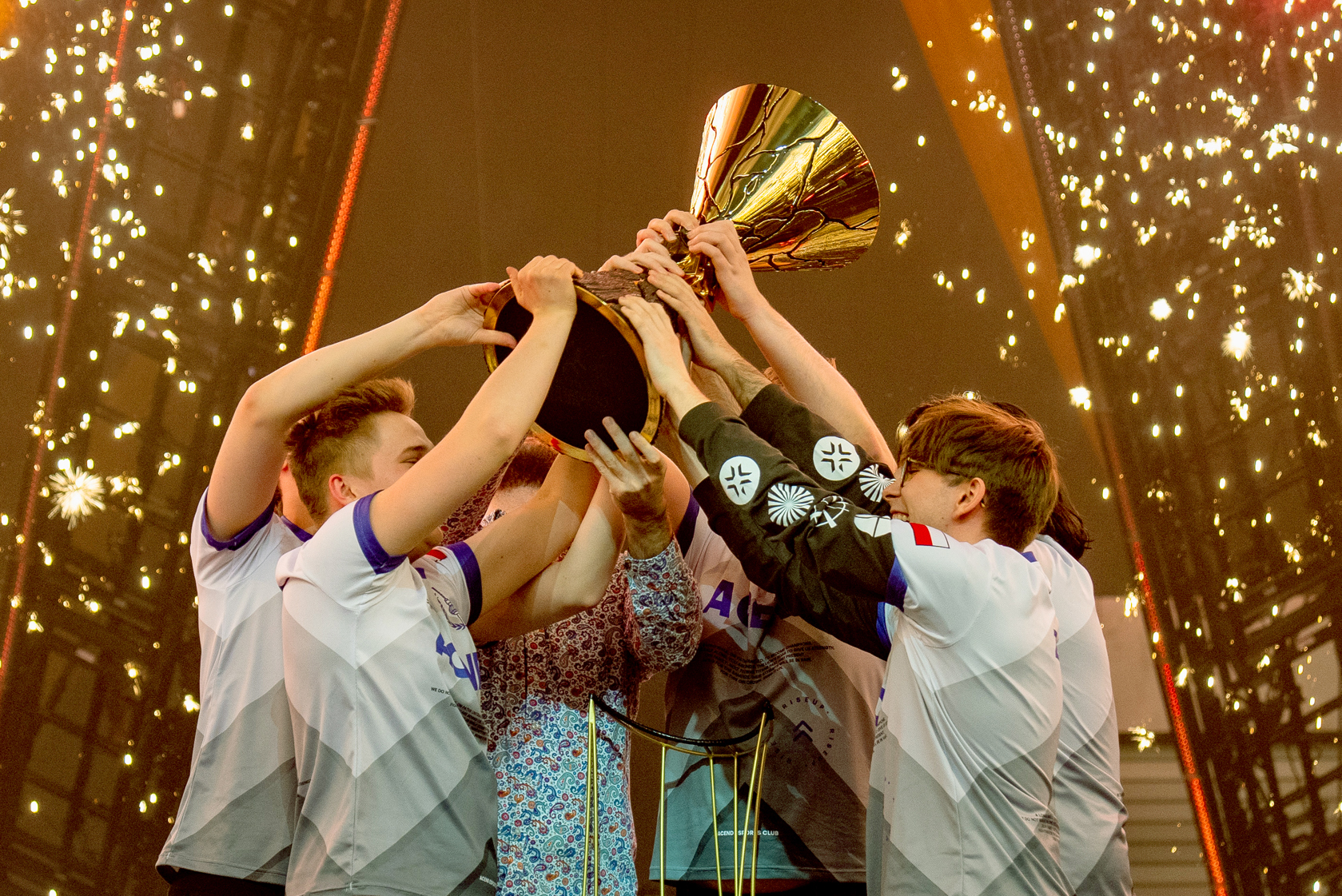 BERLIN, GERMANY – DECEMBER 12: Team Acend poses with the Champions Trophy in hand after victory at the VALORANT Champions Finals on December 12, 2021 in Berlin, Germany. (Photo by Michal Konkol/Riot Games)

While Acend won the finals, the underdogs from Latin America, KRÃœ Esports,Â stole the hearts of fans around the world with their cinderella run into the semifinals. Although they fell to the finalist Gambit Esports, the semifinal match between the two teams went into five overtimes before a winner could be declared. Team Liquid, featuring the Benrlitom brothers,Â  also made a convincing berth that was eventually put to a stop by the eventual champions, Acend.

In addition to the US$1 Million prize pool, each of the sixteen teams was awarded with an equal split of 50 percent of the net proceeds of the VALORANT Champions bundle, a cosmetic skin sold worldwide within the VALORANT game. As of the last update, total contributions to participating teams was tracking at over US$7.5 million in aggregate, approximately $500,000Â  per each participating team.Â Â

The Finals kicked off with an Opening Ceremony on December 12th that featured performances by Zedd, Rezz, PVRIS, and Grabbitz. To celebrate the event Riot Games and Grabbitz collaborated on a brand new track, â€œDie For Youâ€ which debuted ahead of the event. During theÂ  Finals Opening Ceremony, Zedd and Grabbitz performed a new remix of â€œDie for Youâ€ created specifically for the show.Â

More than one million concurrent viewers tuned in around the world to watch the Finals on platforms like Twitch, YouTube, Afreeca, and Trovo which was broadcast in more than twenty different languages. Additionally, for Champions, Riot Games expanded the Watch Party program to include more than 150 content creators around the world. Watch Parties allow prominent members of the gaming community to overlay their commentary on top of the official stream and distribute it across their channels, drawing their respective communities into the event.

Champions was the final event of the VALORANT Champions Tour, which began this pastÂ  January. During the course of the season, more than 10,000 teams attempted to qualify for the final event across regional Challenger events and international Masters events. The next season of the VALORANT Champions Tour will begin in February and will feature the return of international competitions, a new tournament series during the offseason, and a new globalÂ  Game Changers event that will showcase the best womenâ€™s teams from around the world.

News
That Was Really John Cena Playing The Piano In Peacemaker

Peacemaker Episode 6 came out this week and as always, it was a good episode. An emotional one too, with Peacemaker ending the episode playing a piano...

ASUS Republic of Gamers (ROG) Malaysia has officially announced the pricing and availability of ROG Phone 6D Series and BATMAN Edition for the Malaysi...