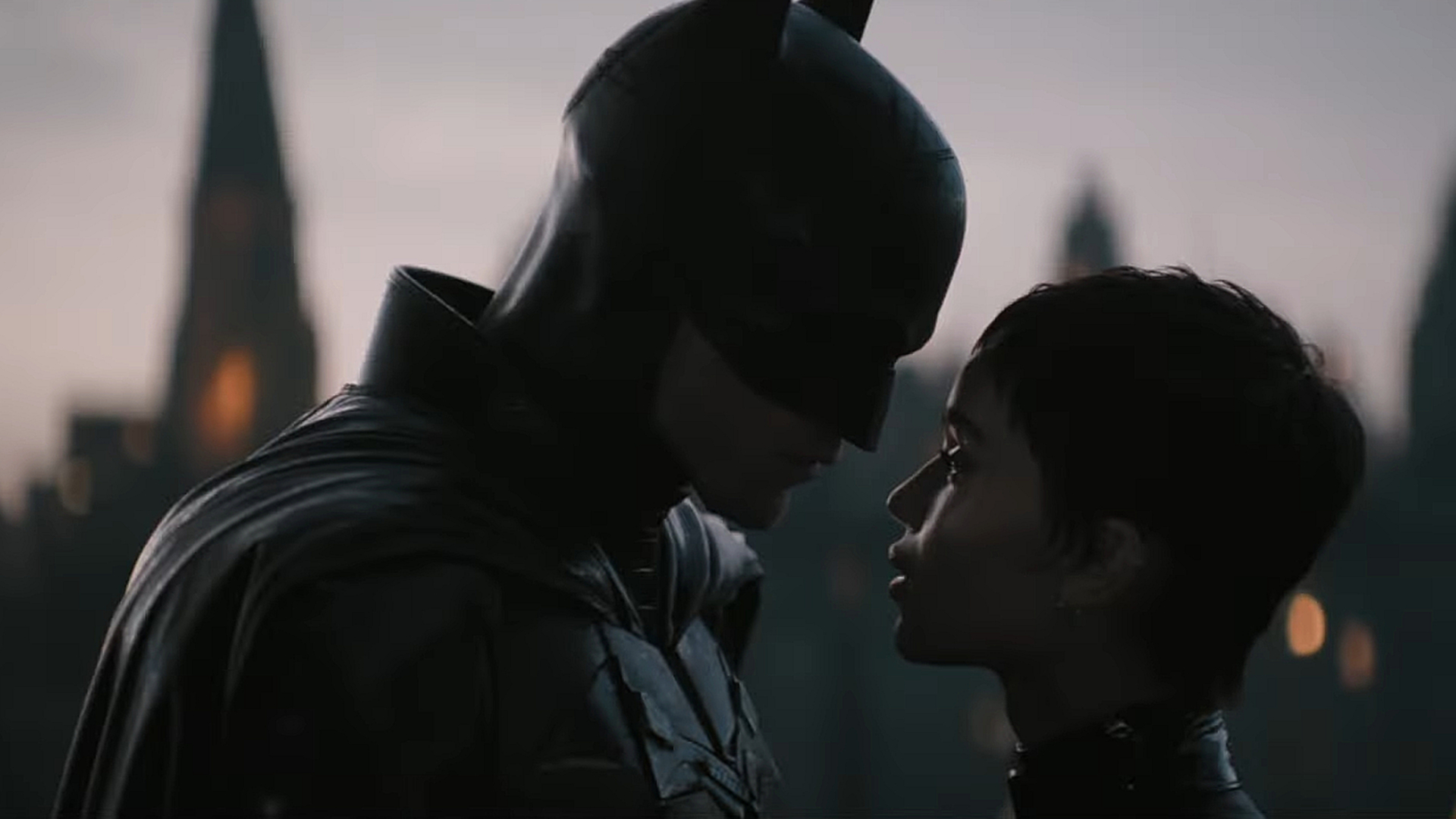 It looks like Warner Bros. has surprised us with a holiday gift after all: a brand new The Batman trailer. This new The Batman trailer is titled The Bat And The Cat. There is a lot of new footage, especially ones that feature Robert Pattinson as Bruce Wayne/Batman, Zoe Kravitz as Selina Kyle/Catwoman and Paul Dano as Edward Nygma/The Riddler.

The trailer begins with Pattinson’s Bruce Wayne talking to Jayme Lawson’s Bella ReÃ¡l. She is a Gotham City mayoral candidate, and we see her accusing Bruce of not doing enough for the city with his wealth and influence. Little does she know what he actually does at night…

In one part of the trailer, speaking to Batman, The Riddler says:

“I’m just here to unmask the truth about this cesspool that we call a city. You’re part of this too.”

The Riddler then says:

“Oh, you’re really not as smart as I thought you were, Bruce Wayne.”

There’s A Dirty Secret Behind The Wayne Family

The Wayne family will have some dirty little secrets in The Batman.

“All these years, you lied to me, Alfred.”

“We all have our scars, Bruce, You’re still a Wayne.”

What are these secrets? We’ll have to wait and see.

The Batman Might Have Been Inspired By This Comic Book Storyline

Yes, I know The Batman director Matt Reeves has previously said that he was inspired by Batman Year One, but after all we’ve seen so far, The Batman looks closer to the events of Batman Zero Year by Scott Snyder and Greg Capullo.

For one, the main villain of Batman Zero Year comics was The Riddler and it also served as an origin story featuring a young and inexperienced Bruce Wayne as Batman.

In The Batman movie, we know very little of what’s going to happen, but here’s why I think The Batman will adapt Batman Zero Year. A few shots in the trailer shows explosions at what seems to be the reservoir of the city.

Then, we see Gotham City getting flooded.

In the Batman Year Zero comics, The Riddler causes a city-wide blackout and special device that would allow him to control any electronic device in Gotham City. After the GCPD turns the power back on, he detonates explosives at the city’s reservoirs which floods the city. He then triggers another blackout, thereby gaining control of dystopian Gotham City in which he controls all the power and resources,

That’s not even the only thing potentially from Batman Zero Year.Â That moment in The Batman trailer when Bruce confronts Alfred about a dark secret he’s kept from him? Well, in Batman Zero Year, while Bruce was busy exploring the world and training, his uncle Phillip Kane took over Wayne Enterprises. Philip is corrupt, selling weapons and more to the criminals in the city, including the Red Hood Gang.

Also, The Riddler starts out as Phillip Kane’s assistant in Batman Zero Year. Perhaps that’s how he’ll also be connected to the Waynes in The Batman?

The Batman will take place during Bruce Wayne’s second year as the Dark Knight and it will exist outside of the main DC Extended Universe (DCEU). What this means is that this will be an alternate and different Earth. That’s all I have so far on the new The Batman trailer for now, and we only have less than three months left to wait. The BatmanÂ will premiere on 4 March 2022.

The synopsis for The Batman reads:

Two years of stalking the streets as the Batman (Robert Pattinson), striking fear into the hearts of criminals, has led Bruce Wayne deep into the shadows of Gotham City. With only a few trusted allies â€” Alfred Pennyworth (Andy Serkis), Lt. James Gordon (Jeffrey Wright) â€” amongst the city’s corrupt network of officials and high-profile figures, the lone vigilante has established himself as the sole embodiment of vengeance amongst his fellow citizens.

When a killer targets Gotham’s elite with a series of sadistic machinations, a trail of cryptic clues sends the World’s Greatest Detective on an investigation into the underworld, where he encounters such characters as Selina Kyle/aka Catwoman (ZoÃ« Kravitz), Oswald Cobblepot/aka the Penguin (Colin Farrell), Carmine Falcone (John Turturro), and Edward Nashton/aka the Riddler (Paul Dano). As the evidence begins to lead closer to home and the scale of the perpetrator’s plans becomes clear, Batman must forge new relationships, unmask the culprit, and bring justice to the abuse of power and corruption that has long plagued Gotham City.

Check out the new The Batman trailer below:

Halo TV Series Gets Another Teaser Ahead Of The Game Awards