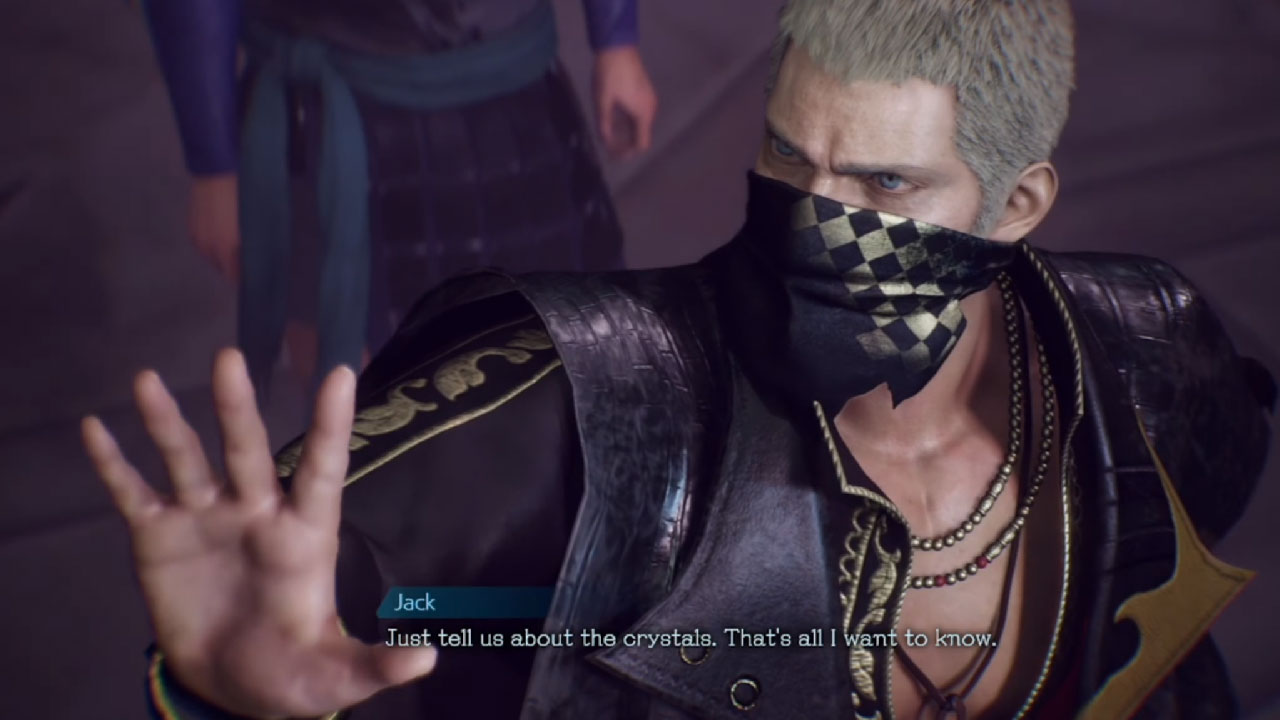 Who knew that the folks behind the Dead or Alive fighting games and the Ninja Gaiden reboots would end up helming a sorta-spin-off to the very first Final Fantasy RPG back in the 80s? And one where it’s tailored like a Dark Souls-eque action RPG where the challenge is aplenty and your attacks are from your controller’s trigger buttons? And that it comes packed with the most one-dimensional pretty boy/girl characters in a series that adds layers to its glossy RPG cast?

That’s Stranger of Paradise: Final Fantasy Origin, the latest Square Enix action RPG that’s trying out the Souls formula but with its own few twists. Most notably, the ability to change the difficulty to suit your tastes. The results? It’s not half-bad. Trust Koei Tecmo’s Team Ninja to deliver a solid action game, because Stranger of Paradise is full of fun-if-familiar combat moments.

You control Chad edgelord type caricature Jack whose goal is nothing else but to “kill Chaos”. He’s joined by party members Ash and Jedd (and eventually little girl Neon and old girl Sophia) who team up just because they bear the same black crystal stone. They’re tasked to activate the Elemental Crystals all over Cornelia and beyond by its ruler, who happens to have Princess Sara from the first FF game on board because of references.

The story starts out confusing and is full of “non-story” quotes, exposition aplenty, bravado moments, and whatnot that don’t really flesh out our caricature of heroes (not actually developed characters, mind you) beyond making them part of the plot as story chess pieces, hence the one-dimensional comment. How bad and over-the-top it gets? Stranger of Paradise’s plot and character development makes the Final Fantasy XIII trilogy look like Final Fantasy VI. That’s a pretty low bar.

On a grander scheme of things though, the plot does make a lick of sense and ties everything up. Without spoiling anything, let’s just say Square Enix dubbed the game Final Fantasy Origin for a reason. If you’ve been paying attention to the trailers, you can put two and two together. But really, it’s fun to see how it all unfolds while seeing Jack get down to business with corny one-liners and telling monologuing bosses he “doesn’t give a f*** who” they are.

Gameplay-wise, you go through a plethora of stages and dungeons that last about 30 minutes or so depending on how good you are with Soulslike combat. You control Jack as you explore the area with your two party members, kicking ass and smashing enemies along the way. Jack has a Soul Shield ability to counter enemy attacks and parry them, as well as absorb instant abilities and use them as your own temporarily. So if you see a Bomb throwing Fira at you, you can just Soul Shield it to use it as your own for a limited time. This requires a bit of timing, so there’s a good chance you’ll take damage if you use it either too early or too late.

Using Soul Shield also lowers your Break Gauge (the meter at the bottom center of your screen). If that goes down, you get guard crushed and are vulnerable for a short bit. Fortunately, enemies have Break Gauge and can be lowered from your plethora of attacks. You can do a Soul Break finisher move when your enemies have their Break Gauge emptied; not only does this give you a cool but fast finisher move that makes you invincible for the whole of the animation, but you also build up your maximum Mana meter. You start off with two bars, but can increase it above and beyond if you keep finishing enemies with this technique.

And you’ll need a lot of Mana since a majority of your awesome attacks and special moves require that resource to pull off. Jack can equip different kinds of Jobs -the Final Fantasy class system that’s flexible as heck- and can switch between them on the fly. However, to open up the best ones, you’ll need to level up certain Jobs to the fullest to make them selectable. For instance, unlocking the Samurai Job requires you to level up the Ronin using Job points you get from your fighting and killing. Likewise for powerful Expert Jobs like Breaker and Dark Knight that requires two to three Basic and Advanced Jobs. The Job tree pathways are easy to follow and offer a ton of bonuses for Jack to use.

Most of the fun in combat is experimenting which ones work well, since you can switch Jobs between two during a mission. Going through these and using abilities is pretty flexible and seamless; you can map your combo attacks with all the moves you’ve unlocked, and you have access to special Command Abilities for further attacks and buffs. The best ones let you deal with a group of enemies quick like Lightbringer; you’ll almost always be swarmed by a few grunts followed by a few ranged spellcasters who love to snipe Jack and company while they’re kept busy. All in all, the fighting is pretty solid given the developer’s experience with the last two Nioh games.

It’s a pity that the rest of the game isn’t as dolled up and entertaining. The levels and dungeons you go through feel like slogs and hubs for the next group battle(s) instead of clever dungeons and pathways like its obvious inspiration. The loot you get is fine, until you get way too much of it and the game doesn’t prompt you if your inventory is close to being full to dismantle them en masse. There’s a lot of it you’ll get that’s mostly useless; the only ones worth using are the ones with Affinity attributes to the Job you’re focused on so that you get more passive abilities. The game does get challenging with its boss fights and some of its mobs, but at the very least the checkpoints system is generous and that your penalties aren’t so harsh. You just lose your Mana Points so all you need to do to get them back is to Soul Break enemies again with your badass attacks. I do recommend you at least play through most of the game on the default difficulty; the game’s Easy and Casual mode just makes you learn the game’s action nuances and Soul Shield mechanics less.

All Stranger of Paradise has going for it is the action RPG combat and level-trekking to the next big boss fight and thing to kill. The rest of the game could use work and feels severely lacking. This isn’t saying that Team Ninja did a bad job, far from it. However, when you compare this with the team’s other past works, you may want to hold off until you pay full price for the game.

If however you saw the game’s first trailer and are like “I’m digging this brand of stupid”, or at least enjoyed the demo that’s available, go dive right in. I can’t say this retelling of sorts is going to gel with most people, and it’s not like this is the best the genre can get. Still, you could do worse than with Square Enix’s brave new venture into Soulslike territory that’s roughly 20 hours or less depending on your skill level. I personally would love to see Team Ninja continue on with this take on Final Fantasy, but with better level design and a less banal plot thread that’s a bit more accessible to non-fans.

I’ll say this though; Square Enix should be commended for using Frank Sinatra’s “My Way” in the game’s canon.

Borderlands 3 Arms Race Is So Much Better With Friends

[Rumour] Assassin's Creed Valhalla Will Be Out This October