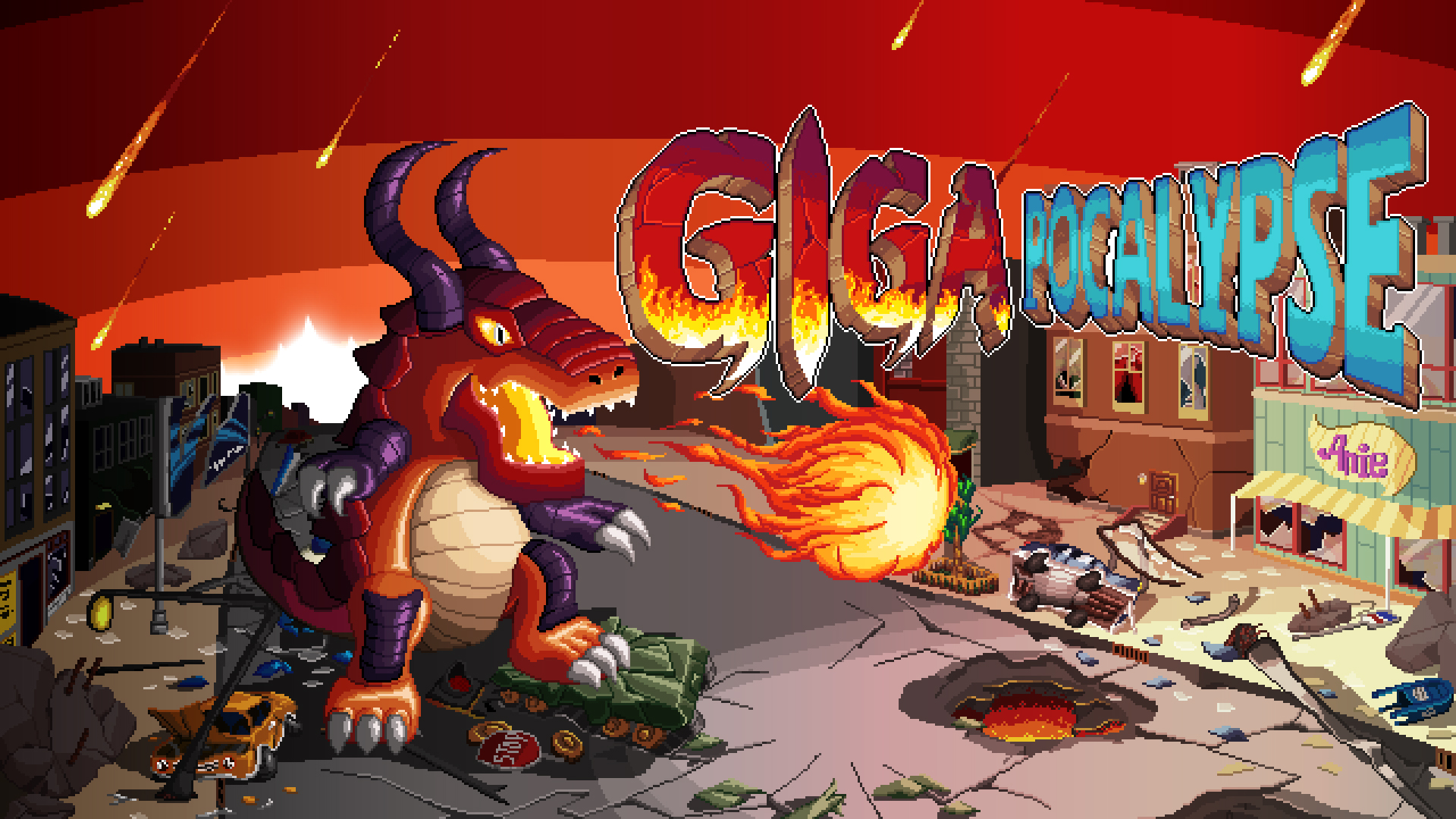 Headup Games and Goody Gameworks have announced that retro-inspired side scrolling city-smasher Gigapocalypse is coming to PS4, PS5, Xbox One, Xbox Series X/S and Nintendo Switch on 2 June 2022.

Inspired by Kaiju monster movies like Godzilla and King Kong, as well as gaming classics like Rampage, Gigapocalypse gives players a roster of monsters, or “Gigas”, to choose from as they reduce cities to rubble to the beat of a pumping heavy metal soundtrack as they create their own monster apocalypse!

With every run you undertake to try and get to each location’s boss, your Giga will become more powerful and earn mutation points. Spend these points to upgrade your Giga with new mutations, skills, skins, and even up to five tiny minion pets who will accompany you on your outings of urban destruction. Take care of your Giga in Tamagotchi-style minigames and decorate your Giga’s home with cool items that will improve your Giga and make them even more menacing.

Gigapocalypse offers nine monsters to choose from – three ‘Old Gods’, three prehistoric monstrosities and three horrors from outer space. You can take these beasts of destruction into a host of fun city locations from across multiple timelines, ranging from the Wild West to the modern day.

“It’s been great to see the positive reactions to Gigapocalypse as we’ve added more and more to it throughout the game’s time in Early Access on PC. With the many updates and improvements we’ve made, the game is better than ever and I hope console players are looking forward to picking a Giga and laying waste to everything in front of them!”

EA To Remove Need For Speed Games From Digital Stores