Genshin Impact’s Sumeru storyline is coming to a close thanks to the recent version 3.2 update. The update also has new gacha character, the Dendro spellcaster Nahida, with her special support-heavy kit and moves that’s sure to please fans of Genshin Impact.

Here are the walkthroughs and guides that will help you in your version 3.2 adventure.

Disclaimer: this guide is still in development.

The Archon Quest for this segment requires you to just follow basic instructions like talk to a particular person or two, and head to a location on your map. Easy stuff; it’s the Domain and boss fight that will be a challenge.

Here’s a video guide on how to conquer them.

Phase #1: There are elemental sigils on the floor, and Balladeer has a massive attack for each element. To counter that, you need to charge up the bot that’s tagging along with you in the fight. Once it’s charged up, when you see Balladeer doing an elemental attack, go to the corresponding sigil on the floor and activate the bot. You’ll stun him. Do this twice and he staggers. That’s when you can use all your Skills and Bursts on him.

Phase #2: Dodge his attacks in the first round. After the corresponding cutscene plays out, you can now use your bot to blast an attack to destroy his shield. You can hurt him by attacking his giant shins once his shields are down; you can even use the floating bot to deal charged blast damage. You also get to use Nahida in this fight.

Halfway into the fight, Balladeer will disappear and summon a number of purple rectangular enemies. If you don’t kill them in time, Balladeer will fire a giant lighting blast that will kill the currently active party member. So kill them off with your skills and bursts ASAP; Nahida’s kit is useful in doing this. 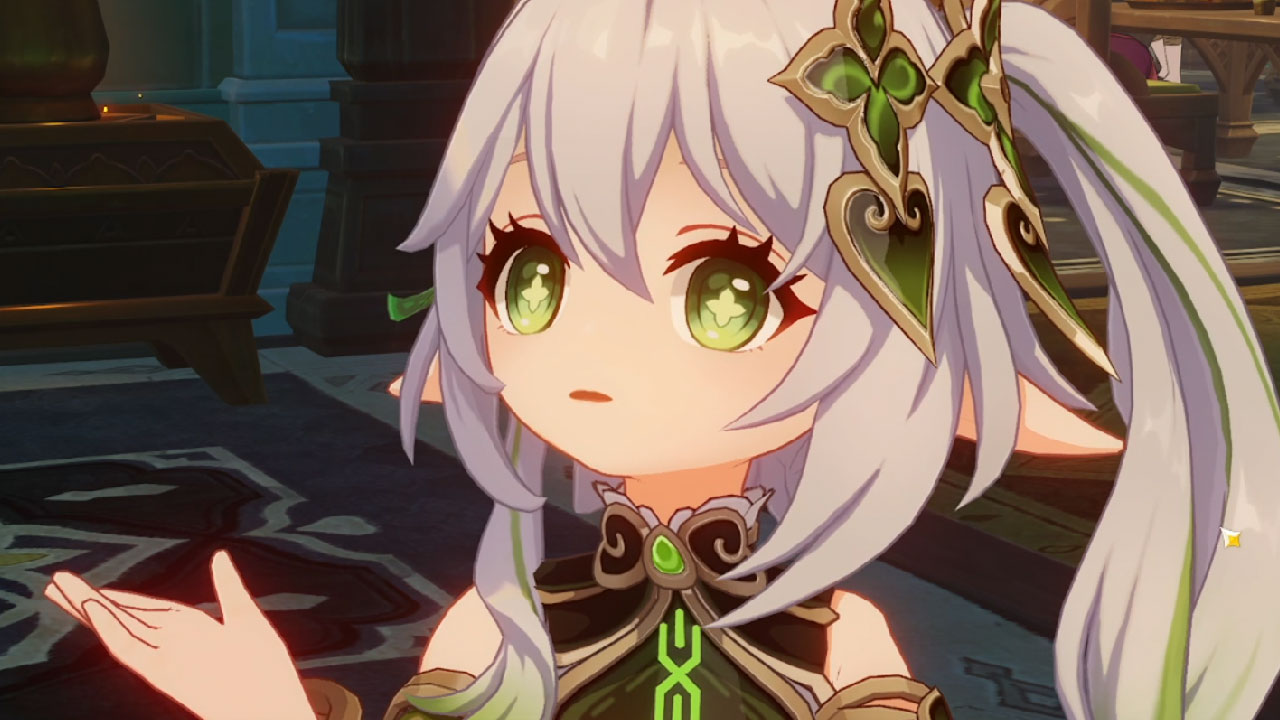 Nahida’s strength is her consistent Dendro spellcasting and affliction via her Elemental Skill, which has short cooldown. Ditto her Elemental Burst, which helps amplify her team member’s skills and bursts once it’s out for a limited time. She isn’t that hot when it comes to burst damage, but that’s what her friends are for: be sure to have a hero skilled with burst damage to make use of Nahida’s support kit.

We also provide F2P options for weapons and gear in case you’re not in the mood to spend money on Genshin Impact.

In case you’re too lazy to go through the main quest of the 3.2 update…

The SEA Games 2019 Esports matches resume, now with day 2! Nine Southeast Asian countries have sent their athletes to battle it out across six video g...