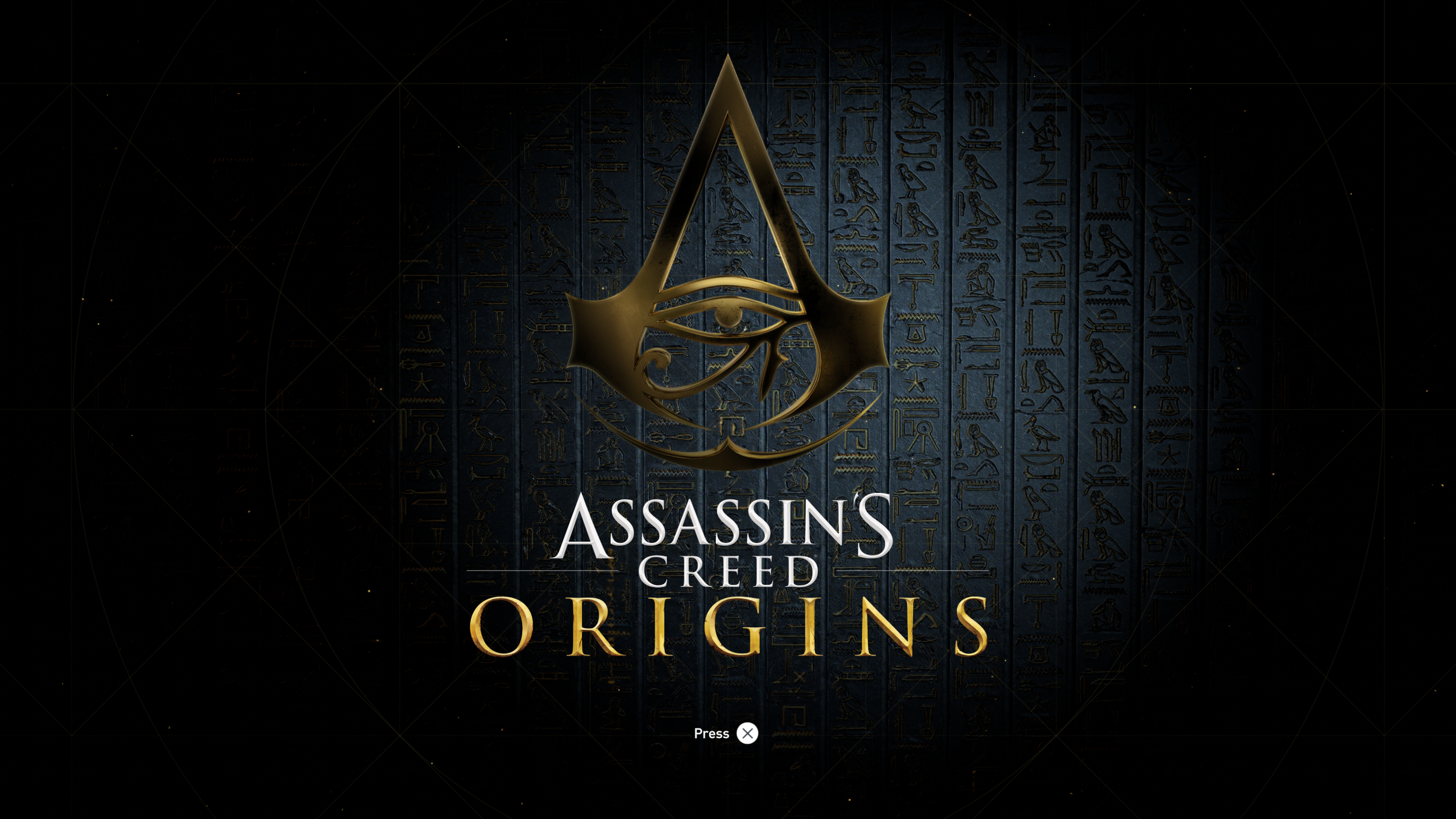 The latest instalment to the series, Assassinâ€™s Creed Origins takes place in Ancient Egypt near the end of the Ptolemaic period around 49 BC. This era was notable because it was Hellenistic, which means that essentially the Greeks ruled over the Egyptians, which is similar to the Yuan Dynasty in China when the Mongols ruled over the Chinese or any other situations where the non-natives governed the natives. Players are thrust into the role of Bayek, one of the last Medjay, part of an elite force and sworn protectors of the Pharaoh and people of Egypt, on a journey of vengeance against those who caused the tragic death of a loved one in the past. Along the way, Bayek learns of the conspiracy surrounding the secret organization Order of the Ancients, controlling Egypt under its puppet Pharaoh Ptolemy XIII. With the help of his wife Aya and the exiled Cleopatra, they seek to free Egypt.

Its historical depiction of Ptolemaic Ancient Egypt is impeccable and might possibly be the most fully-realized and realistic version ever seen in any media form. Ubisoft has stunningly recreated almost the entirety of Egypt including major cities like Alexandria, Memphis and even smaller villages like Siwa and the Nile Delta. History buffs would appreciate the historical authenticity. For example, one of the themes explored in Assassinâ€™s Creed Origins is the depiction of Greek citizens of Egypt and native Egyptians. The Greeks are usually in positions of power and wealth while the native Egyptians are poor and living in poor conditions, leading to the dissatisfaction of the major populace (native Egyptians) over their mistreatment and exploitation by the ruling Greeks.

The visuals are the best theyâ€™ve ever been in the franchise. When I climbed atop the Pyramid of Giza for the first time, the incredible draw distance and sunset brewing in the horizon made me stop and admire the view. There are many more moments like these as you explore everything from the edges of the Nile Delta filled with lush vegetation and teeming with wildlife to tombs and temple interiors with the most intricate Egyptian art and hieroglyphs.

How is Assassinâ€™s Creed Origins different from past entries? (Full disclosure: Iâ€™ve never really played any of the previous Assassinâ€™s Creeds so Iâ€™m going into this on a newcomerâ€™s perspective) Ubisoft has revamped the gameplay mechanics and incorporated RPG elements into the core gameplay. What this means is that there is now a levelling system where the player gains EXP through completing various actions such as completing quests, killing enemies, and discovering new locations. As the playerâ€™s level rise, they receive ability points to spend on the massive skill tree with three main branches; Master Warrior (focusing on melee combat), Master Hunter (focusing on ranged combat and stealth), and Master Seer (focusing on tools and manipulation).

I allocated most of my points on the Master Warrior tree to gain abilities like having my adrenaline meter at full whenever I encountered enemies as I liked to battle them head-on whenever possible. Itâ€™s great that players have the choice to cater to their gameplay styles whether to be badass warrior ripping their enemies to shreds, a Legolas/Hawkeye type with multiple bow and arrow perks or even a ninja with a Batman-worthy utility belt arsenal at their fingertips.

The combat itself it similar to Dark Souls and other action RPGs with weapon choices ranging from regular and sickle swords to spears and maces with rare and legendary variants offering buffs and attributes like adding poison or increased critical hits. Players can guard with their shields or dodge out of the way to avoid enemiesâ€™ attacks. The enemies are also varied, with sword-wielding and bow-and-arrow types being the easiest to beat to larger shield and heavy weapon-wielding types which require heavy attacks as well as swift assassin types who dodge the playerâ€™s attacks. Animals like crocodiles, lions and hippos will also attack the players as well as other animals and human enemies. All of this brings extra layers of strategy and coordination, making the combat more dynamic and exciting.

Several gameplay elements revamped from past entries include the addition of Bayekâ€™s pet eagle, Senu, which acts as Assassinâ€™s Creed Originsâ€™ version of the â€˜Eagle Visionâ€™, allowing players to scout for enemies and treasure as well as pinpointing the location of a quest item or person of interest. Instead of vantage points and towers being used to unlock parts of the map, it is now used to improve Senuâ€™s effectiveness in that map region and also acts as a fast travel point.

Thereâ€™s also a crafting system in place where you gather loot or hunt animals for materials to improve your hidden blade, arrow capacity, etc. Another unique gameplay feature that I appreciated included the option to track a quest or location and letting your mount of choice ride you automatically to the destination through the roads while players relax and simply soak in their surroundings.

Some open-world games have repetitive side quests which are often just a way to earn currency, loot or gain EXP. However, Iâ€™m glad that Ubisoft has shown effort in making the side quests in Assassinâ€™s Creed Origins more meaningful and worthwhile. Throughout the game, Iâ€™ve investigated Wadjet (snake god) cultists with a phylakitai (police officer), stopped a grieving widow from committing suicide and protecting her from wild leopards as well as participating in intense chariot races and gladiatorial battles. The amount of variety helps make the game more memorable and keeps the game from becoming stale.

I should point out that this is not a game where players can simply power through the main quests and complete the game in less than 10 hours. Why? Due to the RPG elements at play, the quests come with suggested levels and players will often be under-levelled if they donâ€™t take the time to gain EXP and complete side quests. Even at normal difficulty, attempting a quest while being a few levels short of the suggested levels will be one quick ticket to the Duâ€™at (afterlife). Being under-levelled is no joke in Assassinâ€™s Creed Origins and you will be spending your time grinding and accumulating those EXP to ensure your level is adequate.

Unfortunately, I did encounter a few glitches and bugs but they werenâ€™t prevalent enough to frustrate me or stop me from playing. Although there werenâ€™t any game-breaking bugs, the game did crash on me a few times. I also had framerate problems while playing on my PS4 Pro but the day one patch managed to fix it.

– Meaningful and memorable side quests

That 2-year break has certainly done wonders as Ubisoft has given us a revamped Assassinâ€™s Creed, learning from stellar games like Dark Souls and The Witcher 3 and coming out better that we initially thought. Newcomers and veterans alike will find something to like in the myriad and expansive experience offered by Assassinâ€™s Creed Origins.

Released recently in late October, Assassinâ€™s Creed Origins is now available on Microsoft Windows, PlayStation 4 and Xbox One. Reviewed on the PlayStation 4 Pro.

Assassin’s Creed: Origins was reviewed on the PlayStation 4 Pro, via review copy courtesy of Ubisoft Singapore.