How Does Metal Gear Survive Compare to Kojima-Era Metal Gear Games At Launch?

It’s been a week since the Metal Gear franchise spinoff, the asset flip, zombie-survival of game and Konami brainchild, Metal Gear: Survive hit stores so we decided to compare its player numbers with Kojima-led Metal Gear games within the same timeframe, on Steam.

Question: How many players are playing Metal Gear Survive on Steam right now?

While many expected the numbers accrued by Survive to not measure up to The Phantom Pain considering the drama in the background, few expected it to fare so poorly. Unlike the universally-acclaimed MGSV, critics didn’t like Survive as much and have been rewarding it mediocre scores, averaging somewhere between 5’s and 6’s on a scale of 1-10 which probably contributed to these low player numbers.

To be fair to the game, we wanted to run this comparison a few days after its launch considering that’s when peak number are expected to hit, but surprisingly, the game reached peak player numbers last night which is about a week post-launch, at 5,511 players.Â  So we are using this as point of reference. 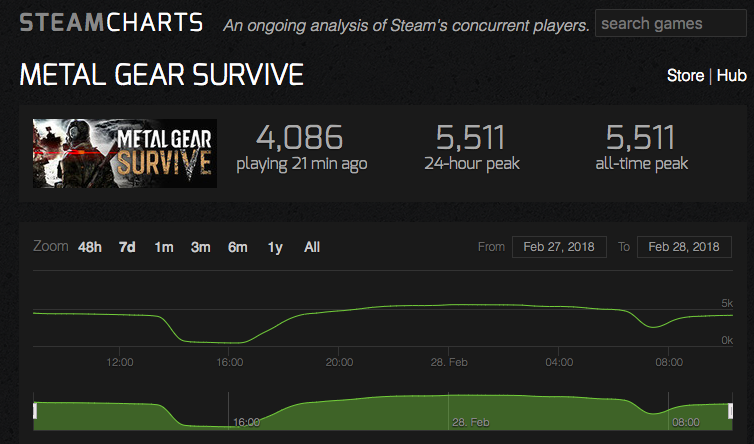 This is their current peak, folks.Â

In comparison, here are the player numbers for other games as reported on Steamcharts.comÂ within the same period. 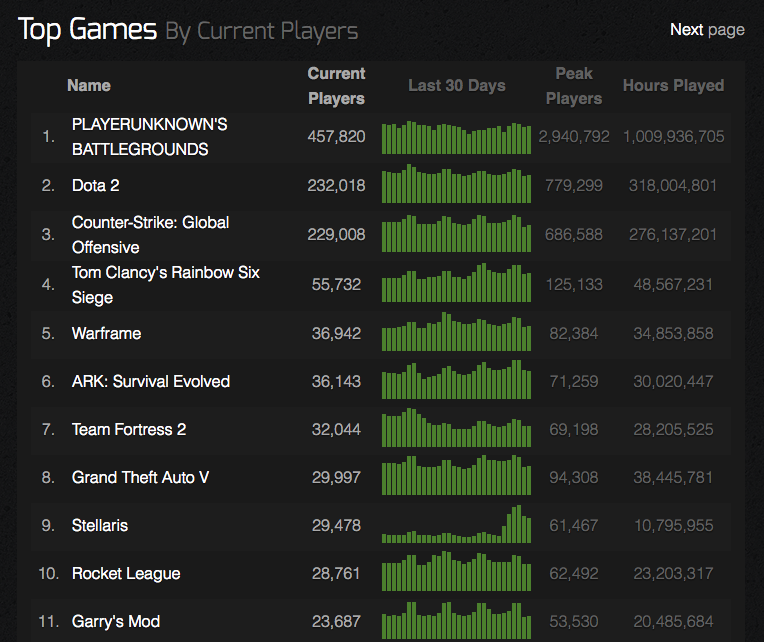 The fact that a Metal Gear game fails to break Top-10 on the Steamcharts during its launch week was indeed telling. For comparison’s sake, the Metal Gear Solid V: The Phantom Pain recorded these numbers within a week of its release on PC, in September 2015. 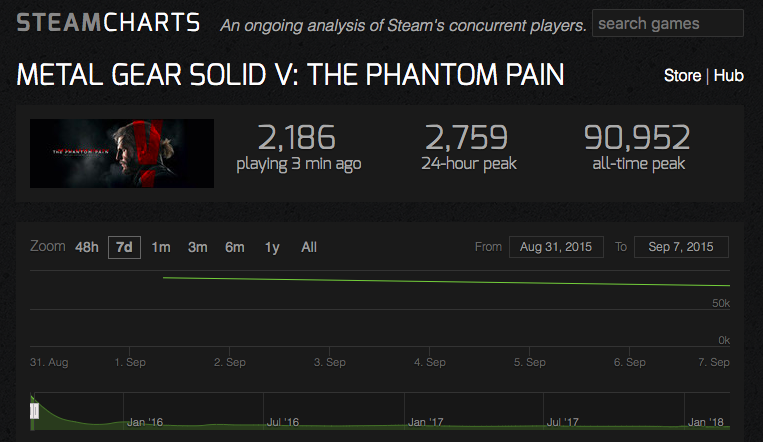 Metal Gear Solid V: The Phantom Pain was released on September 1st 2015 and the average players during its release week hovers healthily above the 50k mark. Its highest numbers were on launch date, just a little under 100k before the gradual decline took place. As you can see from the graph above, there were almost 3000 players playing the game within the past day, and it’s been averaging about 2500 for the past week. You can keep track of it here.

We also decided to pull another Kojima-era Metal Gear game to be used as comparison – Metal Gear V: Ground Zeroes – and surprise surprise – the numbers are much closer to Survive’s. The game was released on December 1 2014 and almost hit the 6K mark during its first week of sales. Considering Ground Zeroes was pretty much a glorified demo selling at about half the price of a full game, the numbers are still pretty impressive. 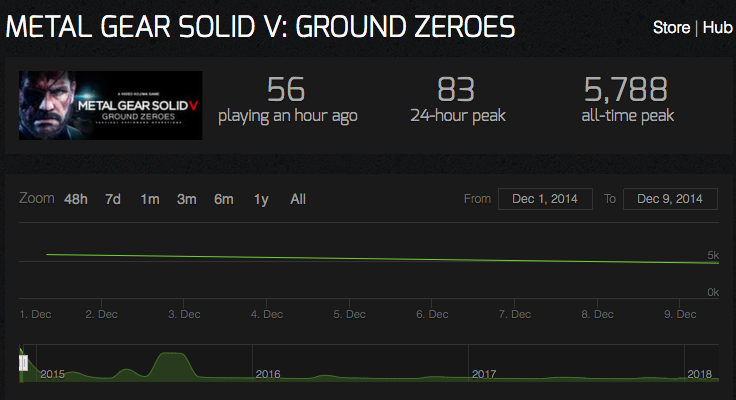 Ignore the ’56’ and ’83’ as these numbers are irrelevant to the comparison above. We’ve decided to post the stats for Survive here to save you the trouble of having to scroll up to compare.Â

So what does the numbers say for Metal Gear: Survive? Well, as conventional wisdom go, their numbers are expected to decline and with such unimaginative, dull gameplay coupled with less than stellar reviews, we doubt that it will be able to sustain even 2000 by the end of next week. We will revisit SteamCharts from time to time to check on these numbers and are now taking bets on how many Metal Gear Survive players will still be playing it come March 5th 2018.

No. Don’t place your bets.Â We were just kidding with that last bit.

News
Like A Dragon Gaiden Announced; Takes Place Between Yakuza 6 and Yakuza 7

Sega and its Ryu Ga Gotoku Studio has announced a side story game taking place between major Yakuza titles. The spin-off game is called Like A Drag...

Just like Barbara and Jeanne, two Genshin Impact fan-favourite characters will be getting brand-new threads in the next few months or so. According...

Playground Games co-founder and studio director Gavin Raeburn has left the company after 12 years of working there. The news was shared by Microsoft (...